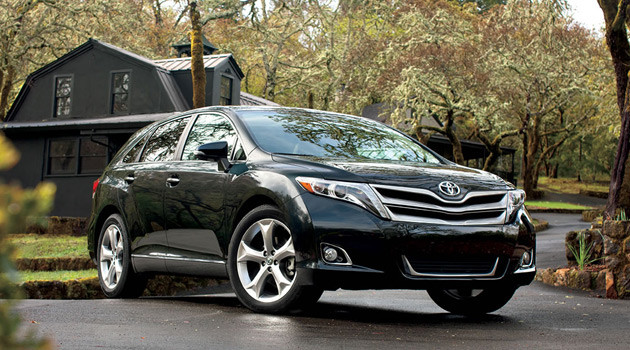 This is the last year that Toyota will be making the wagon-like Venza crossover. Although we’ve found it quirky and a bit bewildering in the past, we do like this family-oriented car. Now that the package options and standard features seem to be robust enough to compete with others in the small-midsize crossover market, the company has decided to give the Venza the axe.

One of the Venza’s chief problems has been that it’s cross-competitive with other Toyota vehicles. Were the wagon to have found its own niche, as many competitors like Subaru and Volkswagen have done with theirs, this would not have bothered Toyota’s management much. As it is, though, the Venza was most often cross-shopped with the Toyota Highlander and, if sales numbers tell the tale, often came out on the short end. 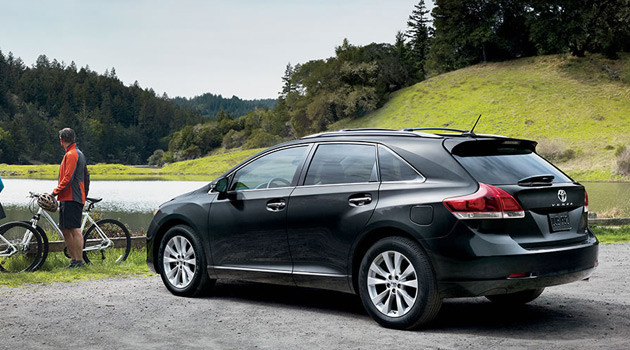 The 2015 Toyota Venza is going out with a bang, however. For this new model year, the car sees a lot of package improvement, smoothing out the sometimes confusing options it had in previous years. The touch screen is now standard in all Venzas, as is a rear backup camera. All V6 models include towing as well. Only one model of the Venza offers its underpowered four-cylinder engine.

These changes mean that the 2015 Toyota Venza is much more in line with its counterparts and a little more competitive with the Highlander in terms of price point and value. It’s edge comes from its car-like drive and smaller stature. 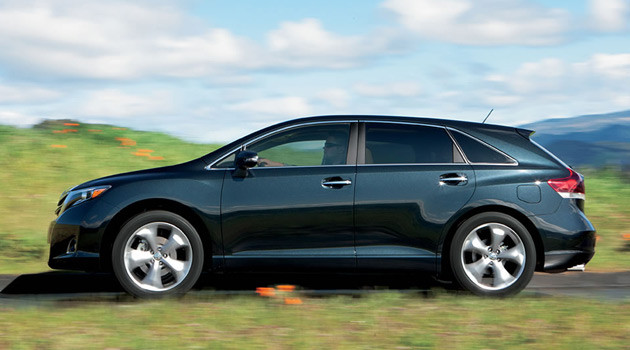 We drove the 2015 Toyota Venza in its top shelf Limited V6 AWD format, which is the way to go if you want family luxury and capability. Dual exhaust tips and 20-inch wheels set this one off from the others, as do the aggressive LED running lights.

On the road, the 3.5-liter V6 is robust, putting out 268 horsepower and 246 pound-feet of torque. A six-speed automatic transmission is smooth, though not sporty, and the all-wheel drive really gives a feeling of stability. Although we didn’t tow with it, it’s capable of up to 3,500 pounds with this V6. The EPA rates this package at 21 mpg combined and we saw close to that at somewhere between 19 and 20 mpg overall. 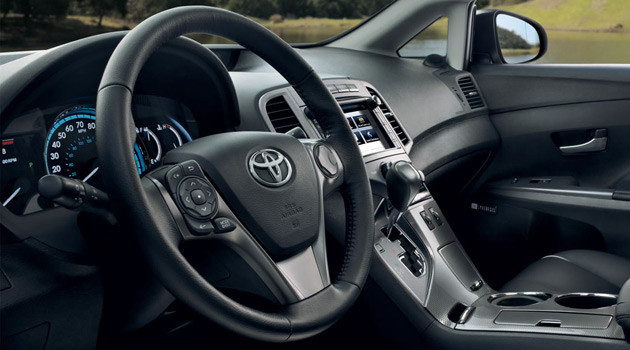 The great strength for the Venza compared to most crossovers is its handling. While nobody’s going to call it sporty, but it’s very tight compared to most. This is the car-like attribute that makes the Venza what it is. It also means parking, maneuvering around lots, etc. are much easier than they would be with a boxier vehicle.

Out on the highway, with family in tow, the Venza is smooth and forgiving, but not dead behind the wheel. It’s relatively quiet for the segment. Our chief complaint is the seating, which is good, but not great. Long stints in the Venza can mean a lot of shifting around to get comfortable as the trip drags on. Surprisingly, the rear seats are actually better than the front in this regard, mostly thanks to their freer bench-like build and superior hip room.

In all, though, the 2015 Toyota Venza is a great family machine with all of the appeal of a station wagon and capability of a crossover. We’re a bit sad to see it go, but aren’t surprised at Toyota’s decision.

Related Topics:2015 Toyota VenzaToyota
Up Next

Why A 3 Year Old Used Car Is Your Best Buy