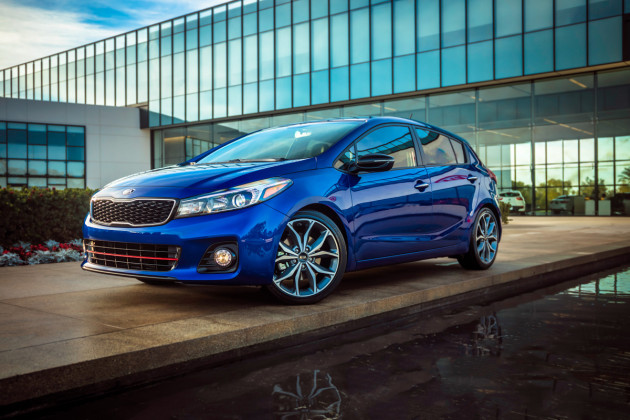 While most people were fixated on the Kia Telluride Concept at the Detroit Auto Show, we were actually more interested in the refreshed 2017 Kia Forte5, which got a nice little facelift for the 2017 model year, along with it’s sedan sibling.

We’ve always had a soft spot for the Forte5’s European-inspired hatchback design, and thankfully they’ve left that intact, making it appear bolder bolder than ever for 2017. The Forte5’s front clip is highlighted by a wider version of the signature “tiger nose” grille, similar to the one found on the all-new 2016 Optima. The grille connects redesigned headlights that sweep back around the front fenders, giving the new Forte5 more road presence than the outgoing model. Around back, revised taillights complete the exterior redesign, and higher trim levels go one step further with standard LED daytime running lights and taillights.

Along with the visual enhancements, the new Forte5 also adds a seven-speed dual-clutch transmission and newly available convenience and driver-assistance features previously introduced on the all-new Optima. 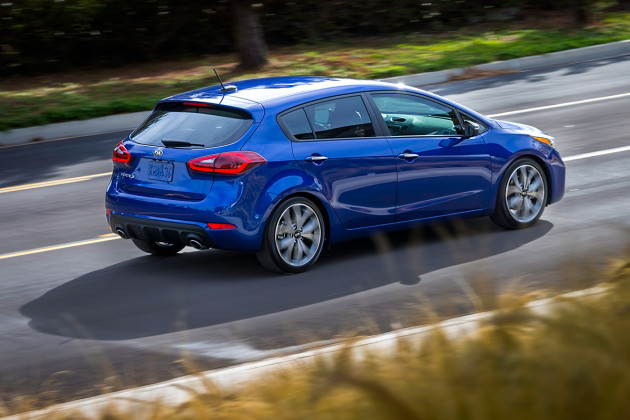 Three trim levels remain – LX, EX, and SX – and each one brings something new to the table for 2017. The base LX is handsomely equipped with features such as projector beam headlights and remote keyless entry with trunk opener and is now available with Blind Spot Detection with Lane Change Assist and Rear-Cross Traffic Alert, as these advanced driver-assistance systems are optional across the entire range.

The EX sees the most changes as many former options – including LED taillights, leather seats, heated front seats, push-button start with Smart Key, and perimeter approach lighting with front-door pocket lighting – are now standard along with UVO eServices. Kia’s UVO infotainment system now offers Android Auto and Apple CarPlay (late availability) compatibility, and is displayed on a 7-inch color touchscreen. Both platforms allow drivers to stay connected by replicating key smartphone apps and functionality on the touchscreen, enabling them to send text messages, access music, or look up driving directions while behind the wheel. 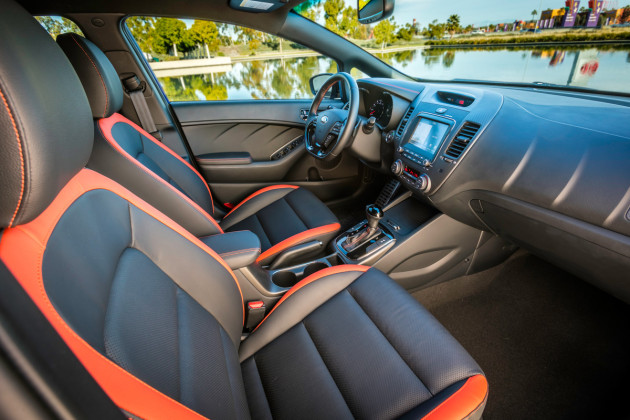 The sporty SX trim comes with all that and more, including 18-inch alloy wheels, unique front and rear fascia with red accents, and dual exhaust tip finishers. Also new for the SX is an Orange Color Pack, which plays on the SX’s sporty nature with orange leather seat inserts and contrasting stitching on the seats and shifter.

Pricing for the 2017 Kia Forte5 will be announced closer to the vehicle’s on-sale date in the first half of 2016.

Related Topics:2017 Kia Forte5Kia
Up Next