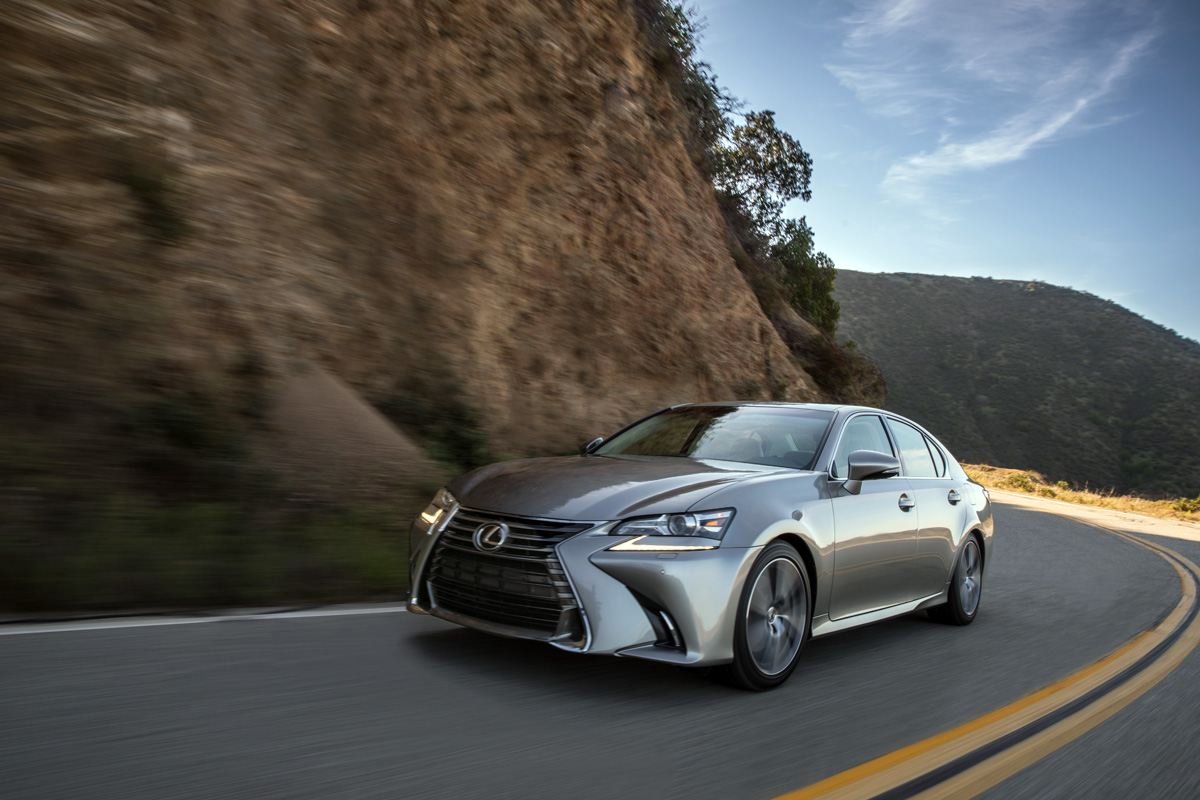 The 2017 Lexus GS 200t is one of the latest models in the Lexus lineup. As part of the GS line, the GS 200t was introduced last year as Lexus (finally) started adding turbocharged engines to its lineup. Of all of those turbo’d Lexus models, the GS 200t has the least amount of turbo lag and the most performance included.

What’s most appealing about the 2017 GS 200t, though, is its price of entry versus its luxury and fun. With a starting price of around $46,000, it’s several thousand dollars cheaper than the GS 350 that sits above it. Yet the two cars are virtually identical side-by-side outside of the smaller turbocharged engine and a couple of interior amenities.

The Lexus GS 200t is powered by a 241HP 2.0-liter turbocharged four-cylinder engine, routing that power to the rear wheels through an eight-speed automatic transmission routing power to the rear wheels. There is no all-wheel drive option, which is a bit of a bummer, but this midsize luxury sedan is small and low enough that it drives pretty well in lightly severe weather as-is. The GS 200t puts out about 70 less horsepower than its GS 350 brother, but because it’s turbocharged, those horses come sooner. 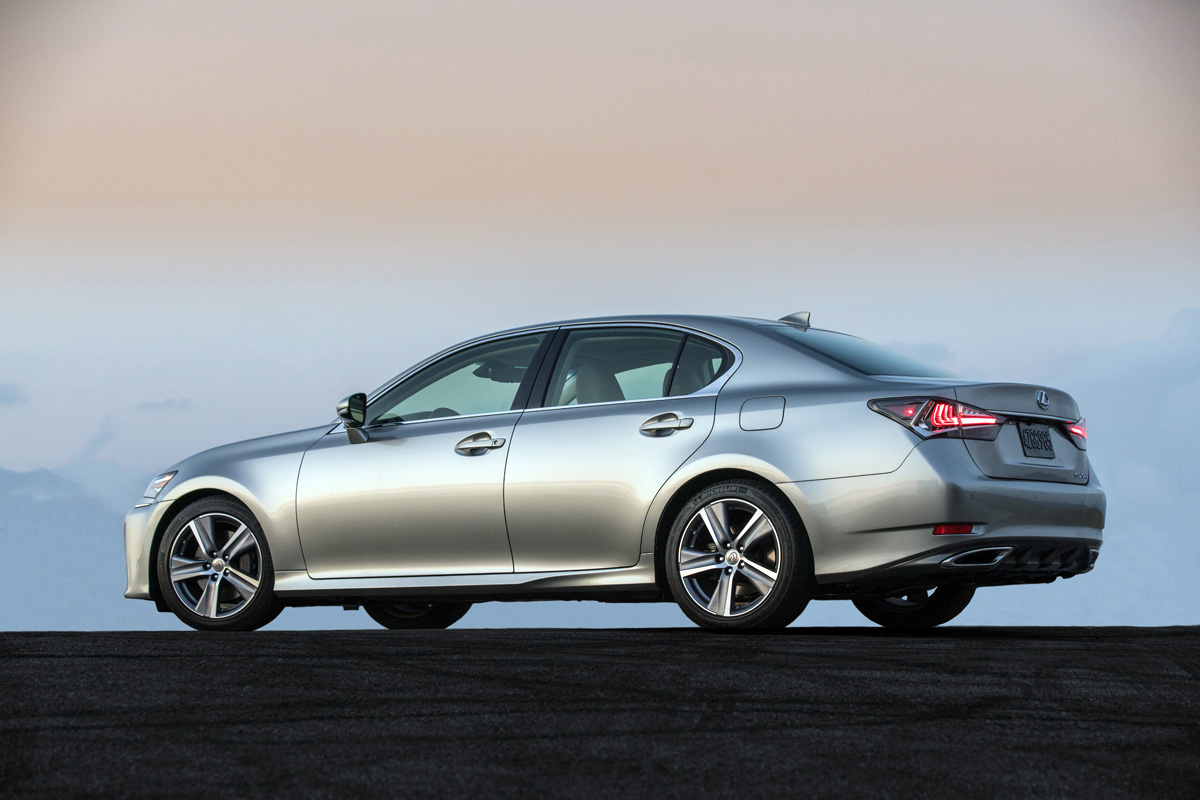 Our chief complaint with the Lexus models using this 2.0-turbo is with its turbo lag, but that’s largely mitigated in the GS 200t thanks to transmission tuning. The eight-speed automatic in the 2017 Lexus GS 200t is much more aggressive about downshifts and holding optimum RPM at speed than other Lexus models we’ve driven with this engine. That’s a big plus, but it doesn’t entirely kill off the turbo’s lag. True performance drivers will still prefer the GS F or GS 350.

Inside, the 2017 GS 200t sports a beautiful interior – as do all Lexus models. Supple leatherette is standard in the GS 200t with some upgrades available in various options packages and the F Sport trim level. As with all Lexus models, the interior materials quality and workmanship is top shelf in the GS 200t.

Big and tall folks will have no trouble in the front seats of the 2017 Lexus GS 200t. In the rear, the outboard seats will accommodate most who are six feet or shorter, but taller folks might begin to feel cramped in the knees. There is plenty of headroom back there, though. 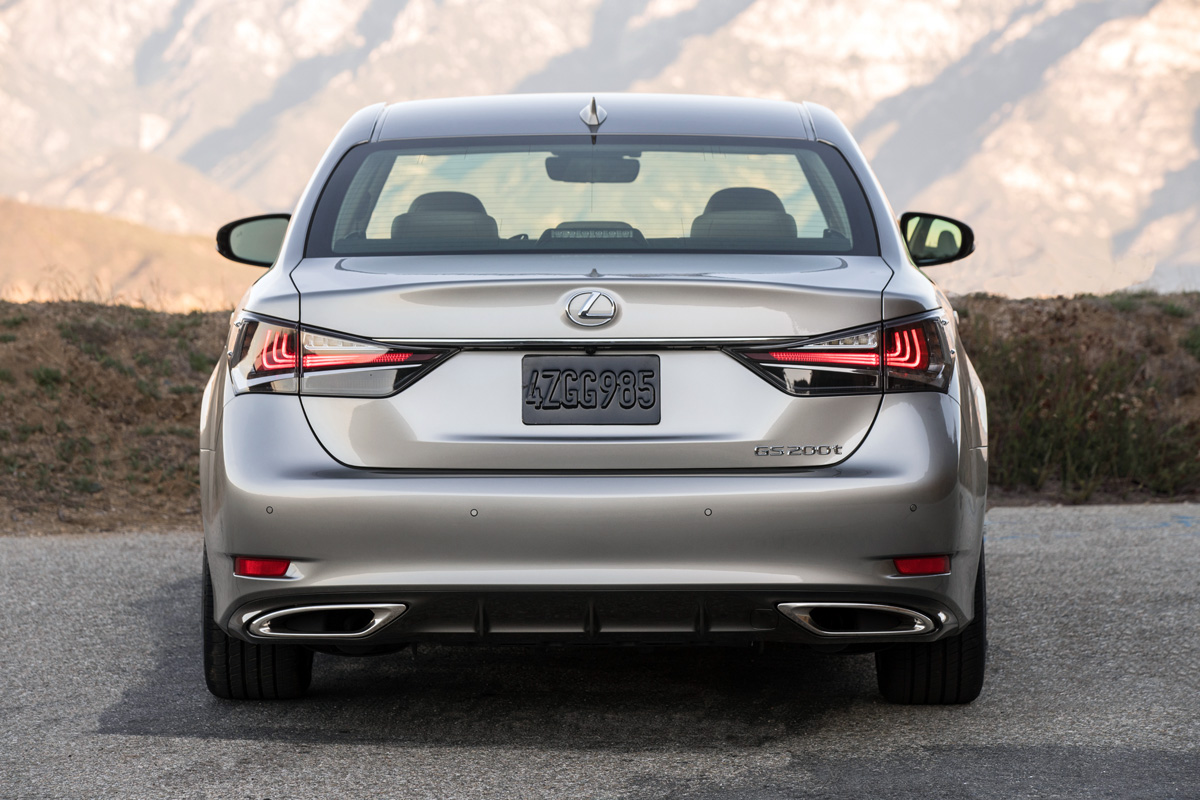 For cargo, the Lexus GS 200t has an ample trunk at 14.1 cubic feet – good enough for a set of golf clubs or a couple of checked bags, with room to spare. We are disappointed that the rear seats do not fold down to up the cargo capacity, though, which could be a deal-breaker for those regularly carrying snowboards or bikes.

As with all Lexus models, our greatest beef with the GS 200t’s interior is the infotainment system. Lexus has, by far, the worst infotainment in the industry with the clunkiest interface and sorriest screen resolutions to be found in the luxury segments. Recently, the company has tried to make up for this with larger screens (a full 12 inches in the GS), but both the on-dash and upgraded “Lexus mouse” interfaces are still terrible to use. That said, NAV and stereo sound quality are top notch in the Lexus GS 200t and interior sound dampening is excellent. 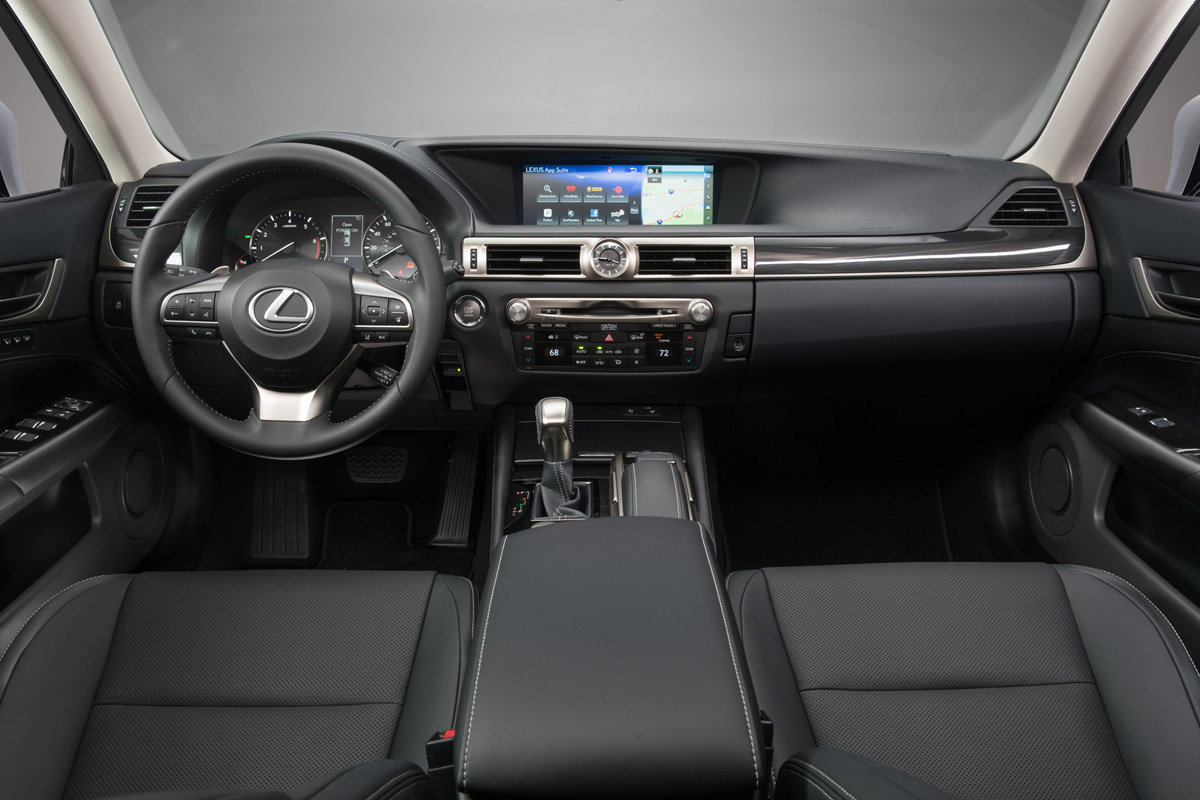 On the road, the 2017 Lexus GS 200t is a solid little drive. It accelerates well, once the lag finishes, and runs with the best of them. Handling is excellent in the GS 200t with a lot of confidence both on the highway and in the corners. The front axle is very far forward in the GS series, which goes a long way towards accentuating the rear-wheel drive aspects of this sports sedan. Even better, the 26 mpg combined MPG rating the EPA gives the GS 200t is realistic for all but the most aggressive of drivers.

All told, the 2017 GS 200t is a fine find in the Lexus lineup of sedans. Like most, it hits most expectations well and is both versatile and fun. The GS 200t has some downsides, but the overall impression that the GS 200t gives is that of confidence and luxury. And it does so at a lower price point than the other GS models (our well-equipped tester came in at right around $50K), which allows more of us to get in on that.