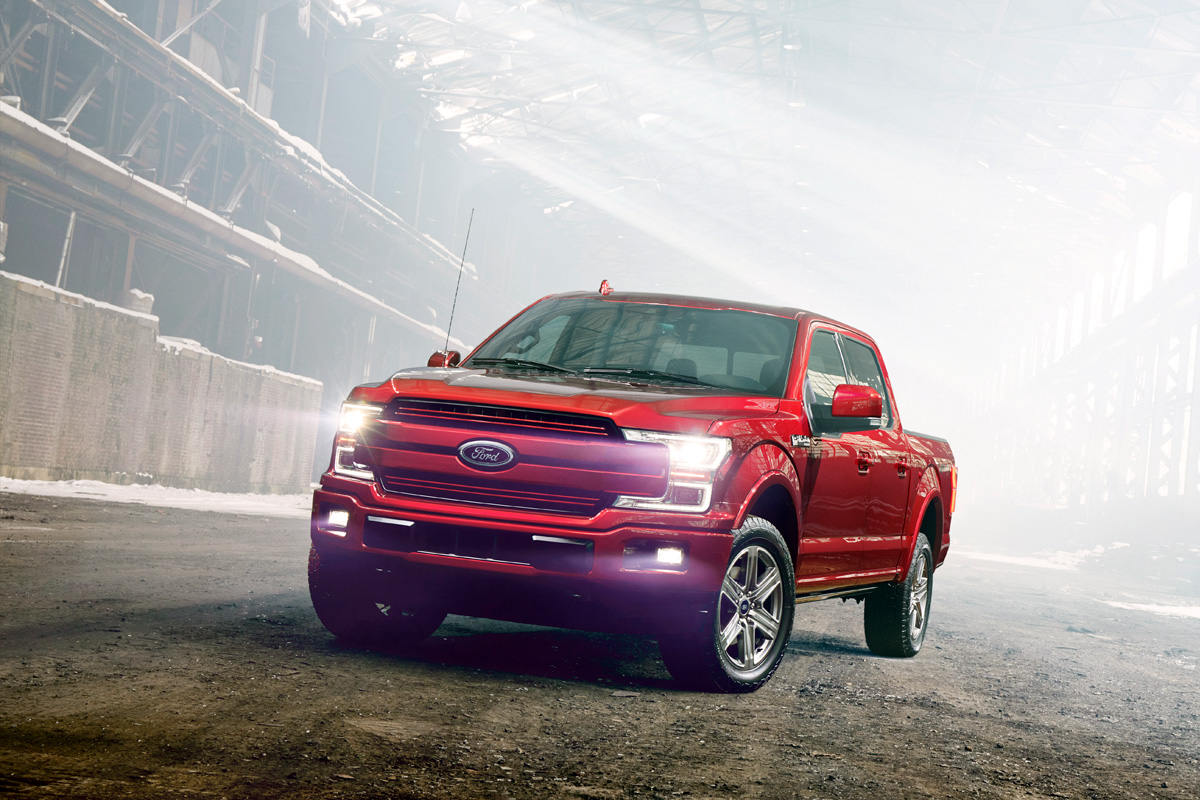 Ford has raised the bar again with the 2018 Ford F-150, making America’s best-selling truck even better by giving it a rugged facelift, more efficient gasoline EcoBoost V6 engines, a 10-speed automatic transmission, and for the first time in the truck’s 42-year history, a diesel engine option.

As you can see from these photos, the 2018 F-150 receives new grilles, headlamps and bumpers that create a visually wider and more planted stance and maximum differentiation between the series. Sport Package-equipped Lariat F-150s have the signature twin bars painted body color for a custom appearance. 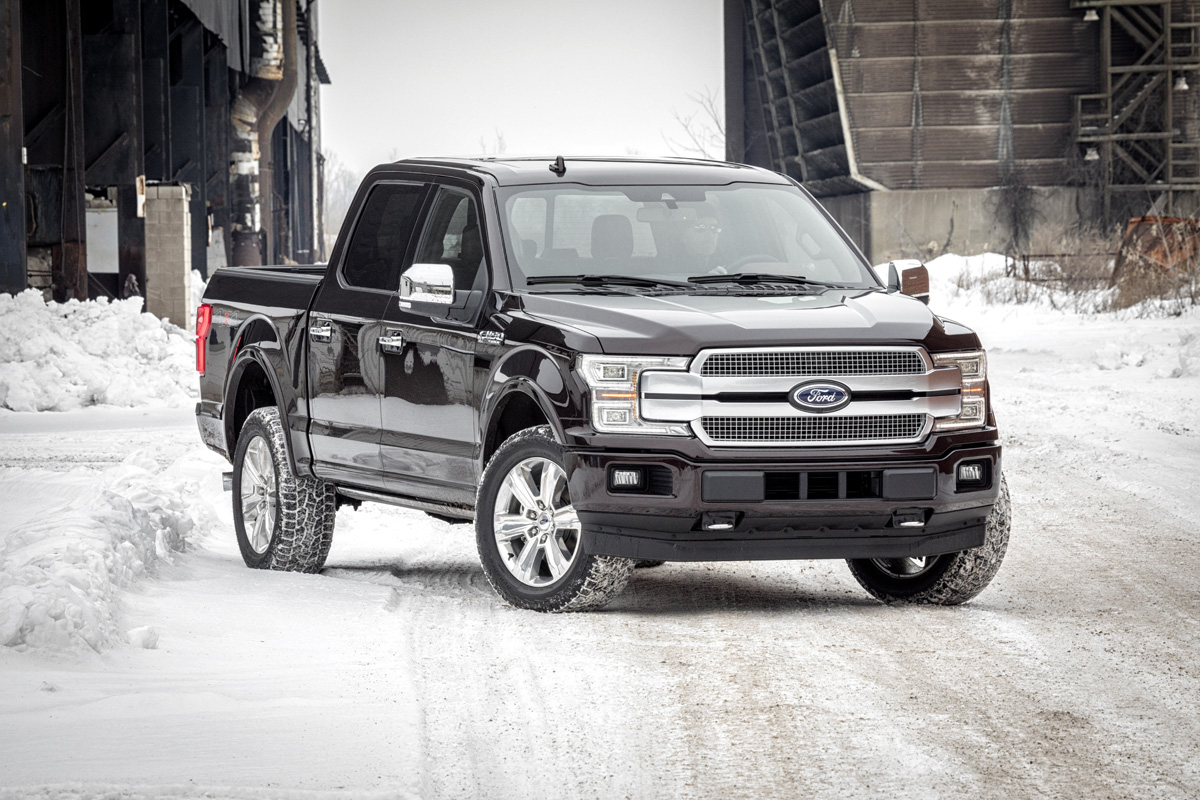 But changes to the 2018 F-150 extend far beyond aesthetics. The new F-150 introduces an all-new, standard 3.3-liter V6 engine, with direct-injection for increased efficiency. The 3.3-liter V6 is expected to offer the same 282 horsepower and 253 lb-ft of torque as the previous model’s standard 3.5-liter V6, despite having slightly lower displacement. 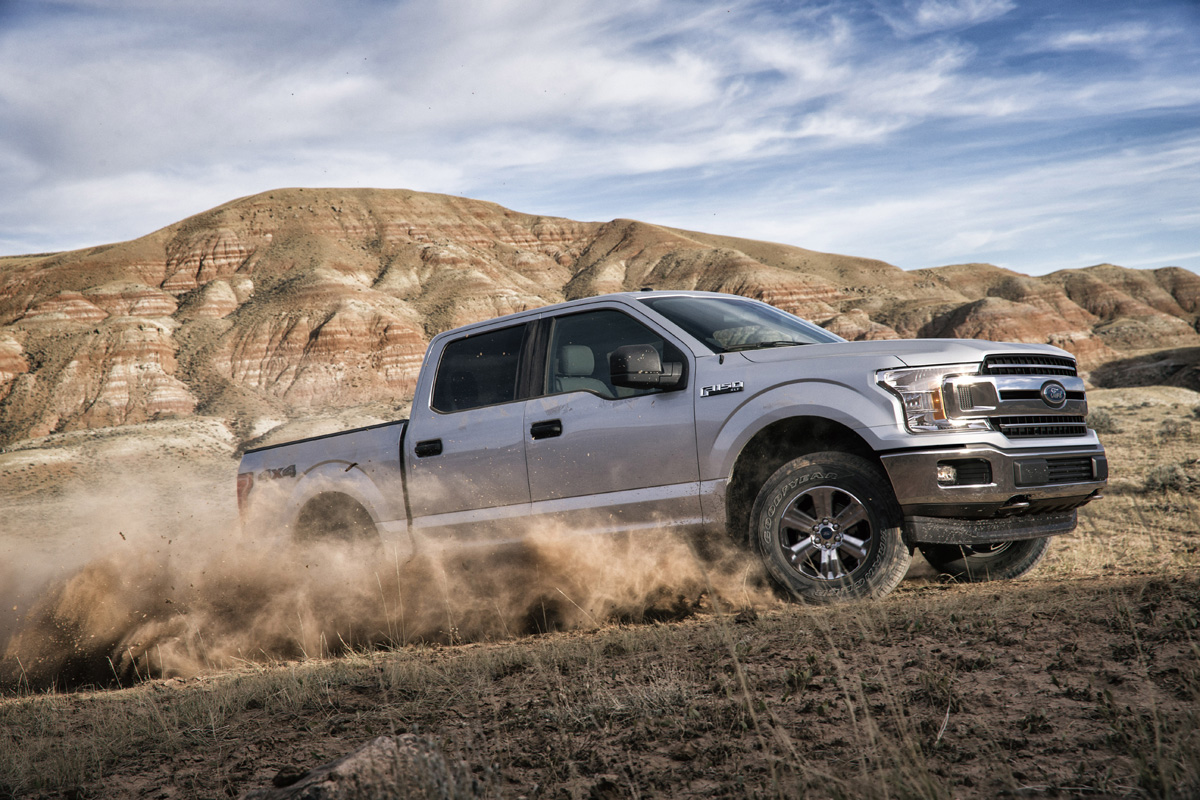 Other available engines include an updated 2.7-liter EcoBoost V-6, and an improved 5.0-liter V-8. Ford won’t be releasing horsepower or fuel economy figures for the updated engines until they achieve EPA certification.

But its the availability of an all-new 3.0-liter Power Stroke diesel engine that has people buzzing. The engine was designed, engineered and tested in-house, and this marks the first-ever diesel engine offered for F-150. Drivers should appreciate the diesel engine’s load-hauling torque and on-road efficiency. 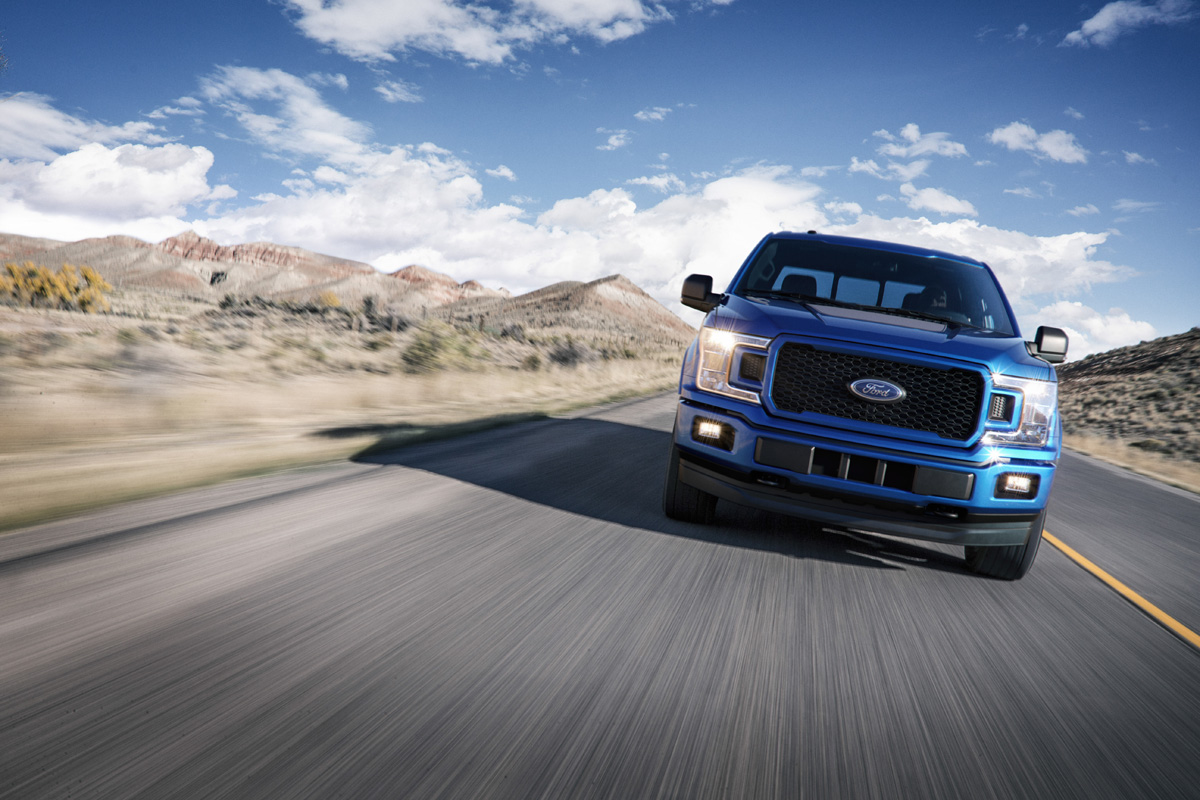 In addition to the segment-first 10-speed automatic, the Ford F-150 is now the first full-size pickup truck to add automatic start/stop as standard equipment across all models and engines.

On the tech front, there’s an enhanced adaptive cruise control system that features stop-and-go functionality (using radar and camera technology to monitor traffic ahead to maintain a set distance between vehicles – even following a vehicle down to a complete stop). A pre-collision system with pedestrian detection is now available as well. 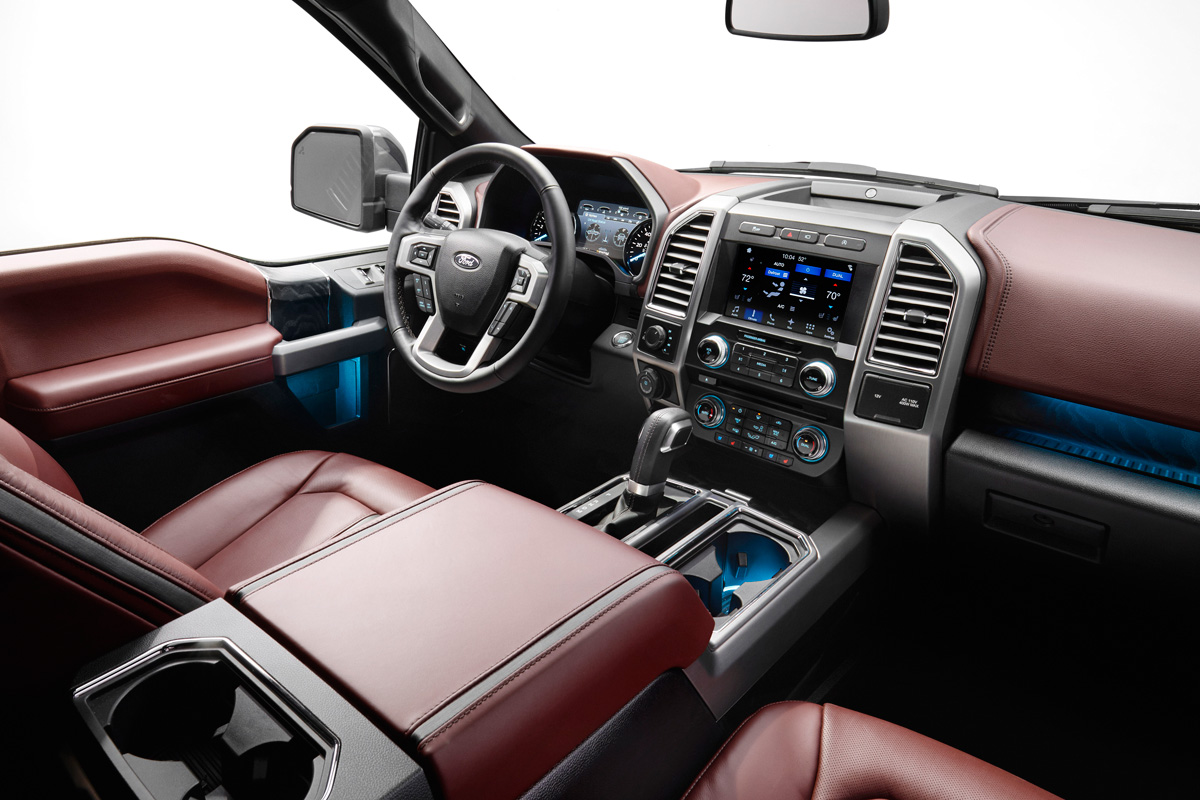 There’s also an optional 4G LTE modem with a built-in Wi-Fi hot spot, which allows customers to connect up to 10 devices at one time. And a new B&O PLAY audio system takes advantage of high-end speakers, sound and tuning to deliver a richer, more engaging listening experience.

All in all, we think Ford really knocked it out of the park with the 2018 F-150, which goes on sale this fall.

It’s Confirmed, The Ford Bronco And Ford Ranger Are Coming Back!

Death Or Glory In A 2016 Toyota Tacoma TRD Off-Road