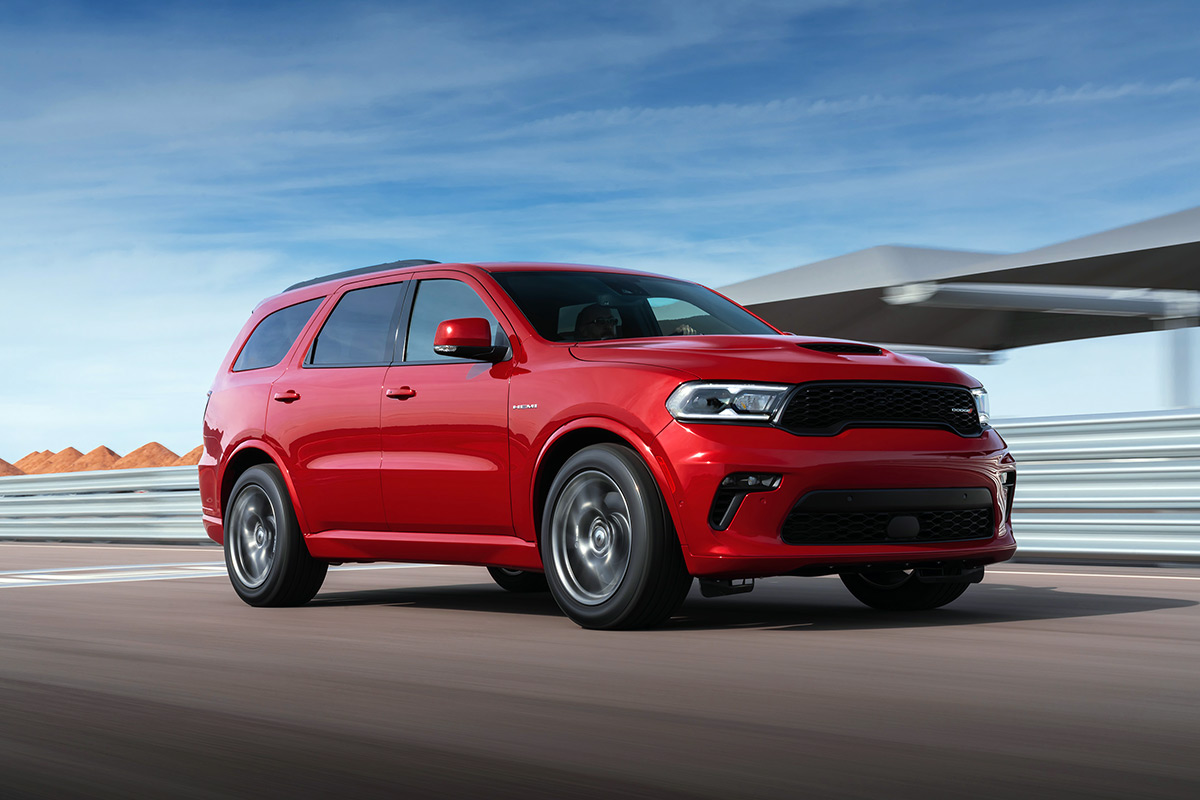 The Durango got a little bit of an upgrade for 2021, adding some aggressiveness (as if it needed more) to the exterior, some ergonomic touches to the interior, and a little more technology. Dodge has basically taken the already family-friendly muscle car (aka “the SUV for muscle car people with families”) and added upgrades to make it even more family-friendly and muscular.

Speaking of muscular, the 2021 Dodge Durango also sees a Hellcat model added on. We might have a chat about that one later. For now, though, we thought it should be prudent to try out the often overlooked R/T model in the middle of the Durango lineup. 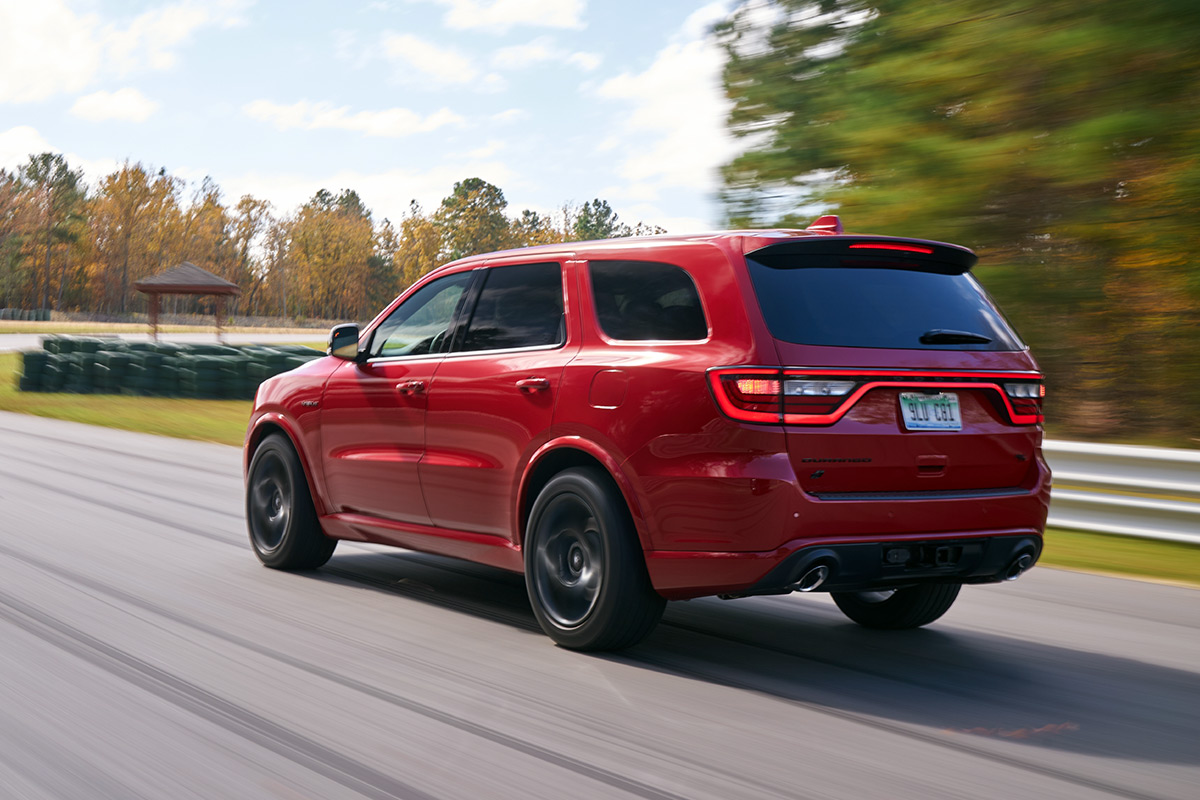 The 2021 Dodge Durango comes in six flavors: the base SXT, the upgraded GT, the V8-powered R/T, the upscale Citadel, and the powerful SRT and SRT Hellcat models. The SRT is ridiculously awesome (see our review of that one here) and the Hellcat is craziness on four wheels. But the R/T is really, we think, right about where it’s at when it comes to combining usable muscle with a realistic budget.

The Durango R/T is the only one of the Durangos to use the nearly iconic 5.7-liter Hemi that appears in so many of Dodge, Ram Truck, and Jeep vehicles. In the Durango, the 5.7 engine puts out 360 horsepower and 390 pound-feet of torque. This goes to an eight-speed automatic transmission to the rear wheels or, if opted for, all four wheels. The Durango R/T also has 20-inch wheels, leather seating, captain’s chairs in the second row, heated side mirrors and front seating, a 9-speaker audio system, a 10.1-inch touchscreen for infotainment, navigation, and a host of other goodies. Options can add even more. 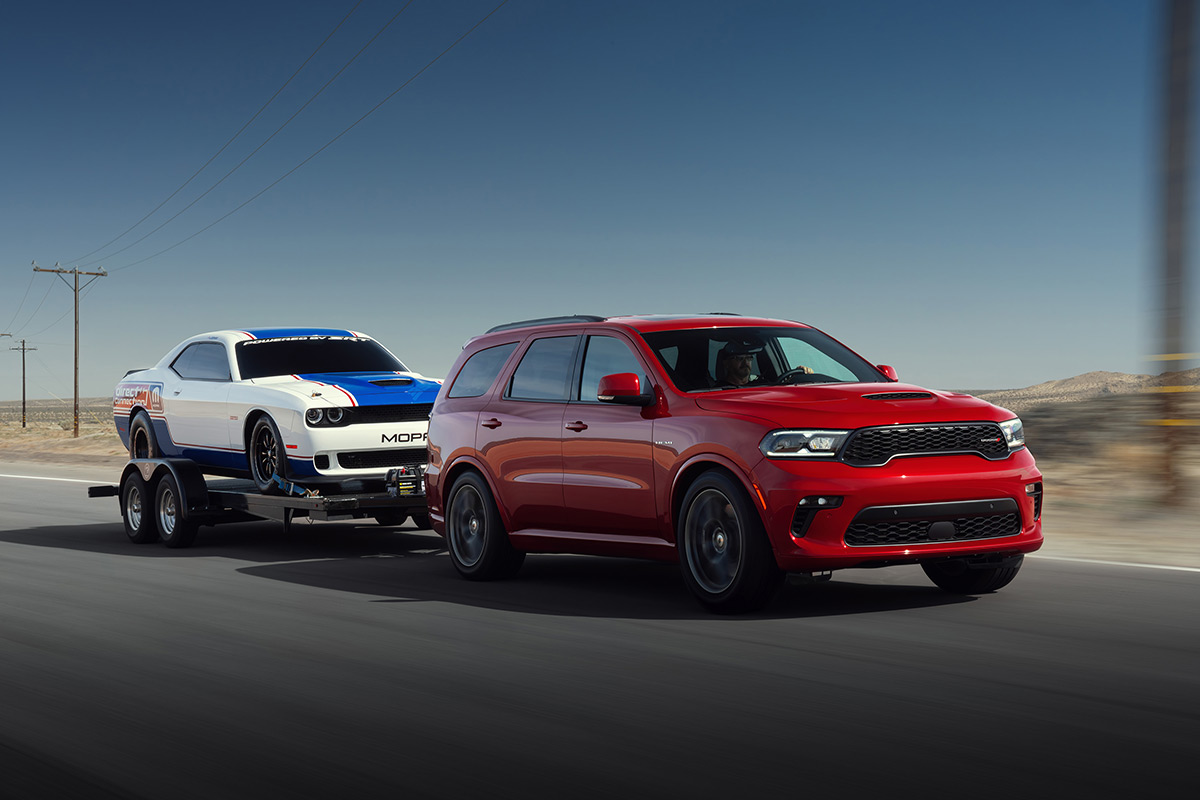 The beauty of the R/T model of the Durango is that it adds a fair amount of luxury & comfort, some useful convenience, and the growl of a well-done V8. It seats six and has towing for up to 7,400 pounds thanks to that monster engine, but an added Tow N Go package can boost that to a phenomenal 8,700 lbs.

Pricing for the Durango R/T starts at $45,920 plus delivery, which is about $20,000 less than the SRT that comes next in the performance lineup. With a 6.2-6.5-second 0-60 mph sprint (depending on who you ask), there’s still plenty of performance in the Durango R/T too. We drove the AWD model and averaged 6.5s on our runs, so a pro with the rear-driven model could easily shave a few tenths off of that. 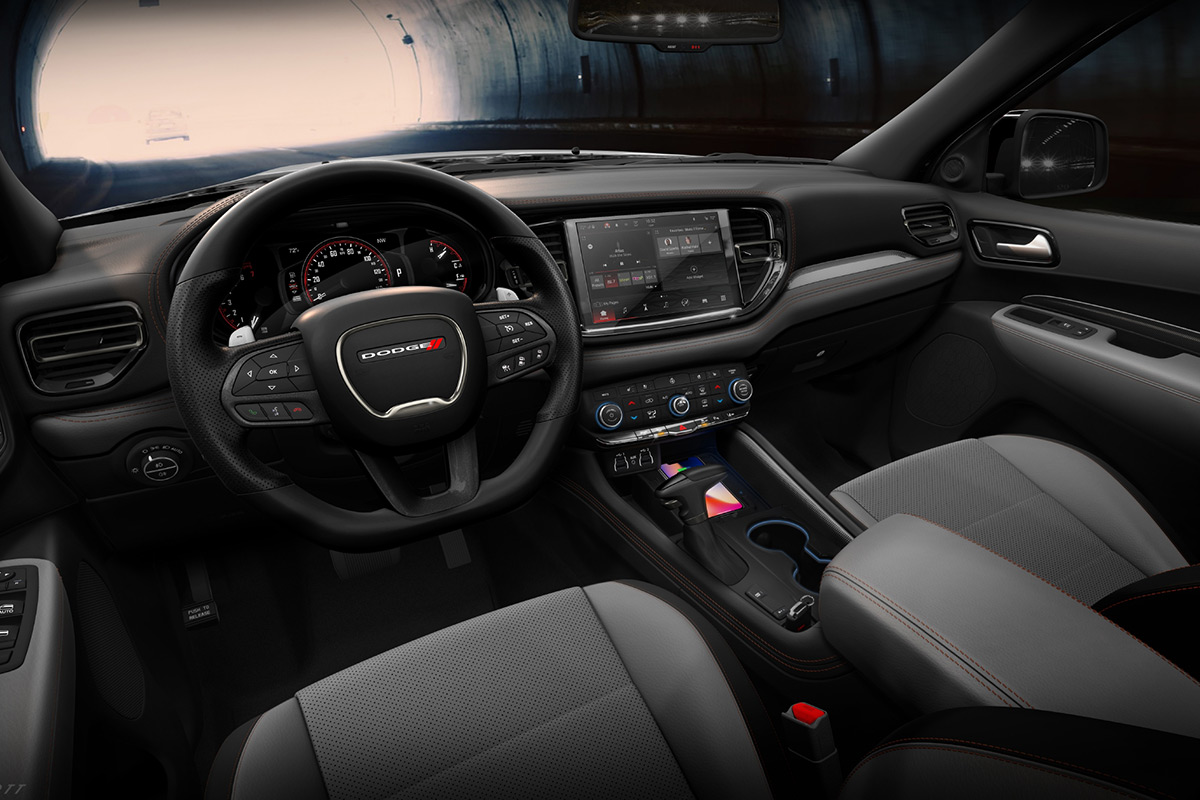 For fuel economy, the V8 in the Durango R/T is thirstier than the V6 in other models. But, if you’re driving like a boring grownup, you can get 23 mpg out of the Durango R/T pretty easily. That’s about what the V6 is rated for, so things could be worse. Most people will probably see closer to the 21/22 rating the EPA gives the Durango R/T, though.

From there, it’s important to note that not only is the Durango one of the most comfortable SUVs in the midsized class, but it’s also one of the more technologically advanced. The cargo area is great and holds more than it seems like it should while the infotainment is top shelf. 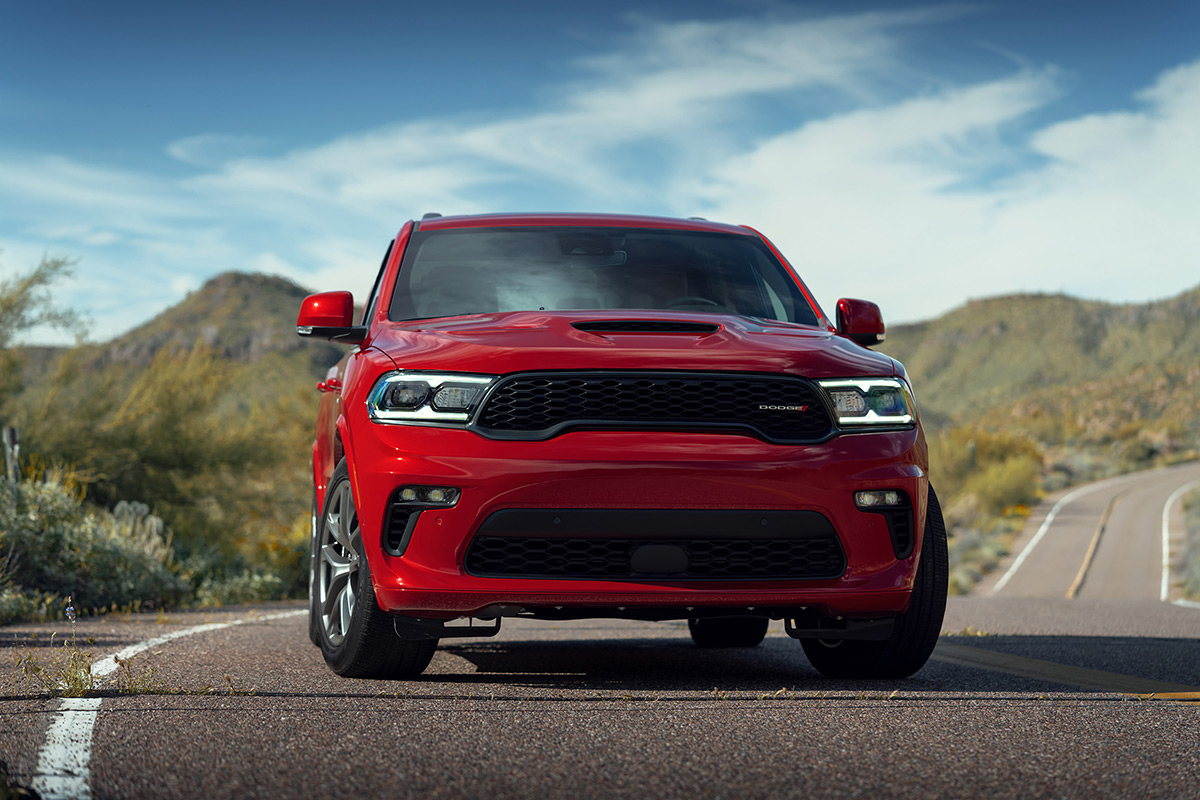 For our money, with the price being paid and the growling performance that the V8 outputs here, there’s no better budget-versus-fun option in the family hauling segments right now. That’s where the 2021 Dodge Durango R/T really shines.

The 804HP McLaren Elva Roadster Will Be Offered With A Windshield