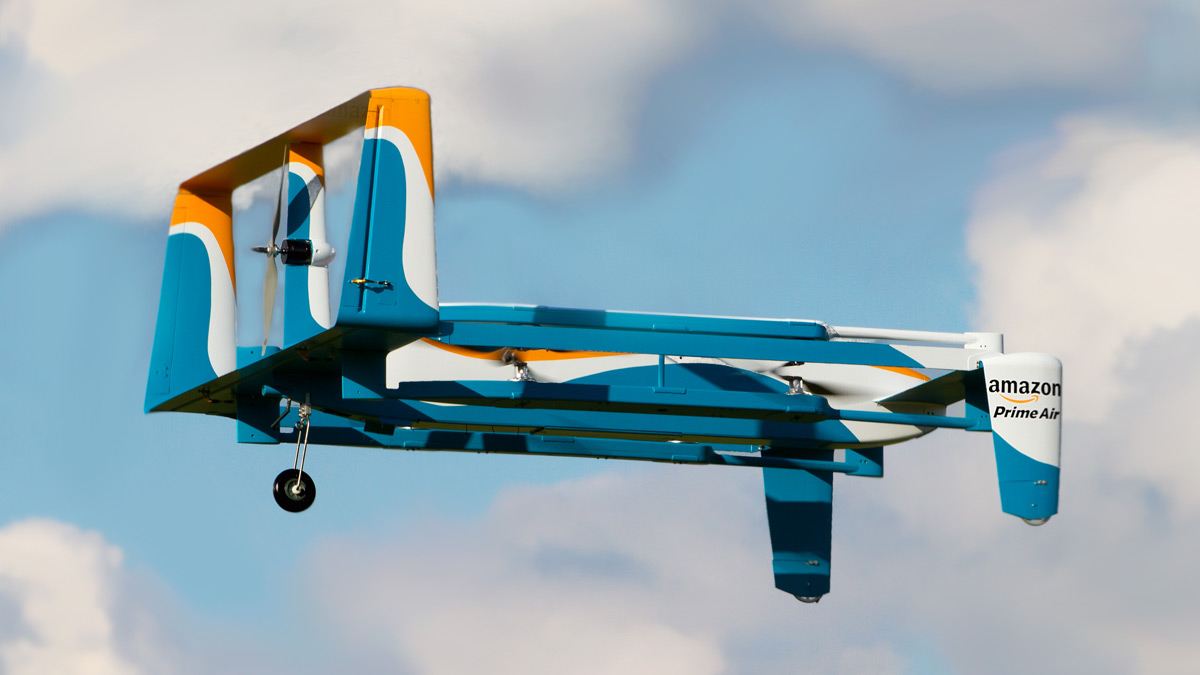 In December 2013, Amazon CEO Jeff Bezos appeared on 60 Minutes, shocking the world when he revealed plans to start delivering packages via drones. Prime Air hopes to deliver packages to customers in 30 minutes or less using small unmanned aerial vehicles. While this concept might seem rather far-fetched, as you can see in this video below, the era of drones delivering packages is about to begin.

Amazon Prime Air delivery drones rise vertically like a helicopter “to nearly 400 feet” before switching to horizontal flight orientation, “streamlined and fast,” like an airplane. Using sophisticated “sense and avoid” technology, as well as a high degree of automation, Prime Air vehicles can be safely operate beyond the line of sight to distances of 10 miles or more, delivering packages up to five pounds in 30 minutes or less.

While it might seem like science fiction, it’s real, and one day seeing Prime Air vehicles will be as normal as seeing mail trucks on the road. As for when the service will launch, the company says it “will not launch Prime Air until we are able to demonstrate safe operations” and “will deploy when and where we have the regulatory support needed to safely realize our vision.”

In other words, once Amazon can cut through all the FAA red tape, we’ll be able to get instant gratification from Amazon without having to leave the comfort of our home. Isn’t technology grand?

BMW AirTouch Technology Takes Gesture Control To The Next Level