We haven’t done a DVD Tuesday post in awhile, as there really hasn’t been much to write about. But this week brings us two highly anticipated releases that are sure to please.

I already saw the first movie when it first hit theaters, but I’ll be picking up the DVD for all the extra bonus footage. Yeah, I’m a geek like that. 🙂 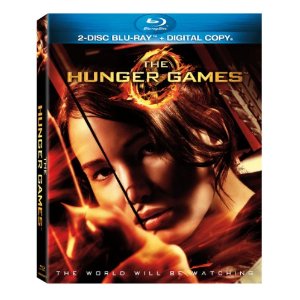 Every year in the ruins of what was once North America, the Capitol of the nation of Panem forces each of its twelve districts to send a teenage boy and girl to compete in The Hunger Games. A twisted punishment for a past uprising and an ongoing government intimidation tactic, The Hunger Games are a nationally televised event in which “Tributes” must fight with one another until one survivor remains.

Sixteen-year-old Katniss Everdeen volunteers in her younger sister’s place to enter the games, and is forced to rely upon her sharp instincts as well as the mentorship of drunken former victor Haymitch Abernathy when she’s pitted against highly-trained Tributes who have prepared for these Games their entire lives. If she’s ever to return home to District 12, Katniss must make impossible choices in the arena that weigh survival against humanity and life against love.

Who are we kidding? Unless you live under a rock, you already know what the movie’s about. I absolutely loved it, and afterward seeing the movie, I read all three books. I can’t wait for the next 2 (err.. 3) movies to come out. If you haven’t seen the movie yet, buy it already! 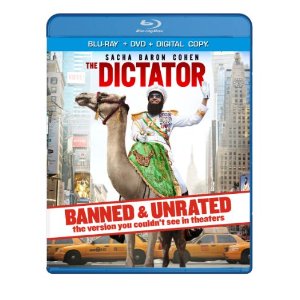 The Dictator is a satirical tale of an oppressive, democracy-hating dictator named Aladeen (Sacha Baron Cohen), ruler of the fictional North African country of Wadiya. While in New York to protest United Nations sanctions against him, Aladeen is kidnapped by a scheming underling and stripped of his beard, rendering him unrecognizable.

What follows is a series of outrageous culture clashes, lots and lots of jokes about rape, along with an anthology of gags about body functions and racism. I can’t wait to see what extra goodies we get in the unrated version!

Clips From Ghosts Of The Abyss 3D Blu-Ray DVD

Freelancers – To Serve, Protect.. and Steal