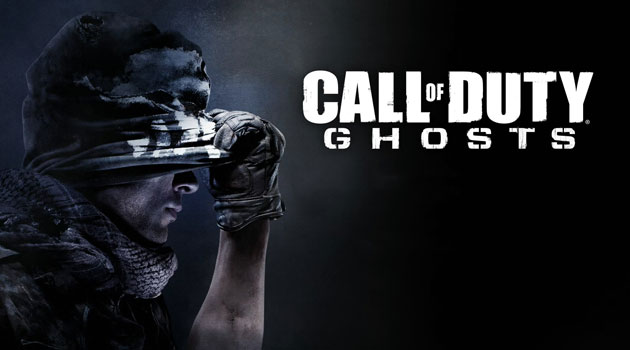 Few games scream “man” like the Call of Duty franchise. With each new iteration, the level and intensity of the fan-base grows and grows, with females taking up the controller as fervently as the men.

The series is bound by competitiveness and team cooperation, with its first person shooter (FPS) gameplay defining it as a game that appeals to the masses.

So it should be no surprise then that the latest in the series is the closest thing we’ll get to the ultimate man game. Set to launch on next-gen consoles later this month, Call of Duty: Ghosts looks to do everything we want it to. We’ve summarized some of the top features below, but you can check out the full info at GAME.

For many gamers, it’s safe to assume that the multi-player functionality will be the first thing they try. COD thrives on multi-player online gaming, and its gamers live to compete and compare themselves against others.

Where other FPS may be set in science fiction or go to the extreme, COD has that grounded combat that makes it suitable for a man game. It’s not about having over-the-top weapons, it’s about having the right tools for the job and making them work. This is what happens in so many truly manly action films – the likes of James Bond can save the world with a pistol, not a massive cannon, making his success more a matter of skill than luck.

While the multi-player is undoubtedly king, that isn’t to say the single player campaign won’t hold up on its own. True men appreciate a story that gets to the heart of what matters, and Call of Duty: Ghosts offers a script from Stephen Gagha, who wrote the likes of Rules of Engagement, Havoc and Traffic.

What does this mean for the game? All of these films touch upon various elements of a true man movie – be it military themes, crime or the conflict of right versus wrong. All of which can easily be applied to a Call of Duty game.

That said, each element on its own doesn’t offer the full experience. Combine them together though and you have the full man package.

There’s a campaign for those who want to get engrossed in story and depth, while the multi-player can take minutes, hours or days depending on how much you enjoy squaring off with other games across the world, to see who is the winner and who is the loser – what’s more manly than that?