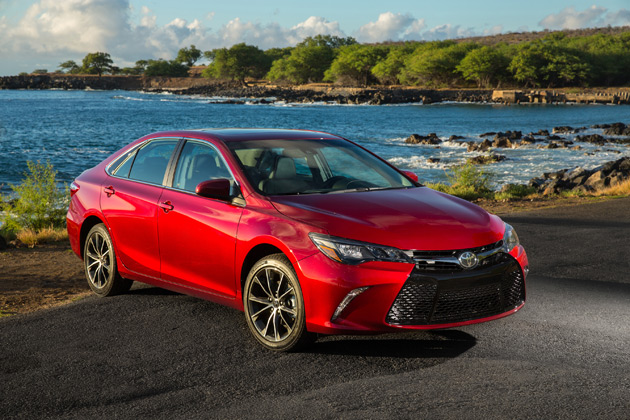 Most car enthusiasts use the term “Camry” to describe any boring, lackluster vehicle. “It’s the Camry of sports cars,” they’ll say with a sneer. I freely admit to having been one of them. That was before meeting the all-new 2015 Toyota Camry. Toyota did their damndest to get the car out from under its boring label and make this best-seller a car that people will point to and say “that’s what makes a best-seller.”

The magic of the Toyota Camry has always been that it’s not particularly great at anything, but it’s generally good at everything. It’s an ergonomic, well-built, easy-to-drive sedan with nothing exceptional and nothing completely lame going on. This is why it sells well. Toyota took that “meh” factor and added some bling and “well, well” to it and came up with the completely redesigned 2015 Camry. 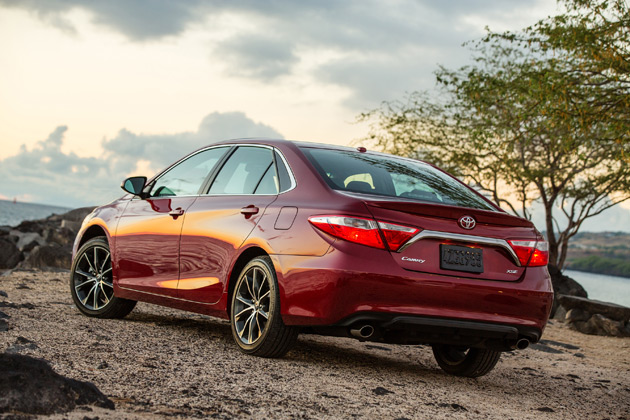 We met up with the new 2015 Camry on invitation from Toyota to an event at historic Coors Field in Denver, Colorado. At the Home of the Rockies, we climbed into various trim levels of the Camry and took them for drives around the Denver Metro area.

Just about everything from the rubber to the sunroof has been changed on this new Camry. Yet all of that change left the interior dimensions, powertrains, top safety marks, and EPA-rated fuel economy the same across the board. Despite that, every body panel (with the exception of the roof), every wheel, and even the lights have all been upgraded. 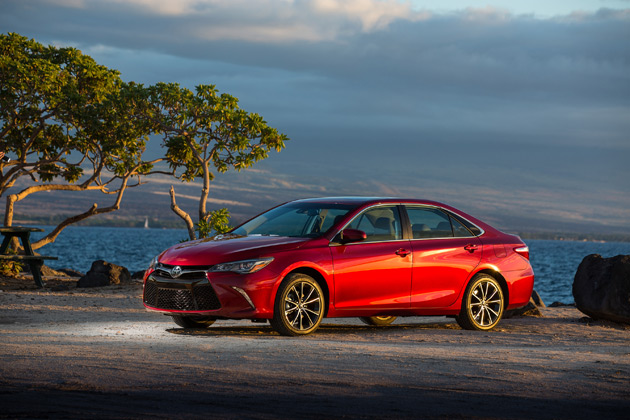 What you’re looking at with the new 2015 Camry is a restyled, retooled, rebuilt car. The wheels are wider and add about an inch to the track width. The front fascia is more refined and poignant leading into a hood with accent lines and a lower, sleeker appearance. Fenders, doors, and rear quarter all house an accent line below the belt and a slightly swooping lower flair to give the formerly flat surfaces some beauty. The rear deck is slightly shorter and sports an integrated spoiler that changes to an actual one on the sport model.

Did I mention a sport model? A new XSE package option upgrades some exterior look and interior details to create a sportier model of the Camry. It’s packaged at a price point and setup similar to the luxurious XLE option, but with more emphasis on sport to include paddle shifting and drive mode selection. Speaking of trim level changes, the Hybrid option is still there, but sees an XE Hybrid added for a mid-level trim package for those who don’t want the higher-cost upper trim of the Hybrid XLE. 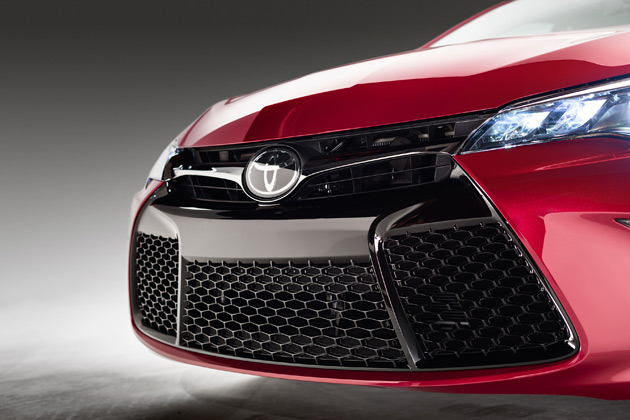 Getting into the new Camry shows that a lot of attention was spent on the interior as well. Gone are the hard plastics and cheap-feeling materials, even in the lower trim levels. Instead, well-made and upscale fittings adorn the cabin throughout the trim levels. Drivers will note the more adjustable seats and the much better road presence the Camry now possesses.

On the road, the 2015 Camry has a more solid, sportier feel thanks to tighter handling and a stiffer chassis. This doesn’t take away from the ride, however, which is still comfortable, even for the non-sport driver. Most notable, though, is the lack of noise. There is almost no highway noise in the car, making this Camry more like a Lexus in that regard. On first impression, it may even outrank many rivals known for having a more solid build in terms of noise dampening. 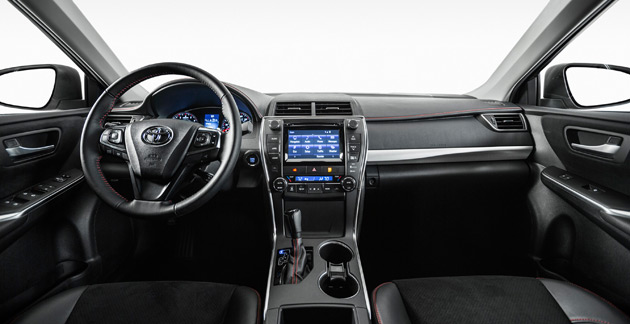 Watch us down the line as we’ll have a full review of the 2015 Toyota Camry Hybrid in the coming weeks.

Related Topics:2015 Toyota CamryToyota
Up Next

HRE Wheels Brings Back The Classics