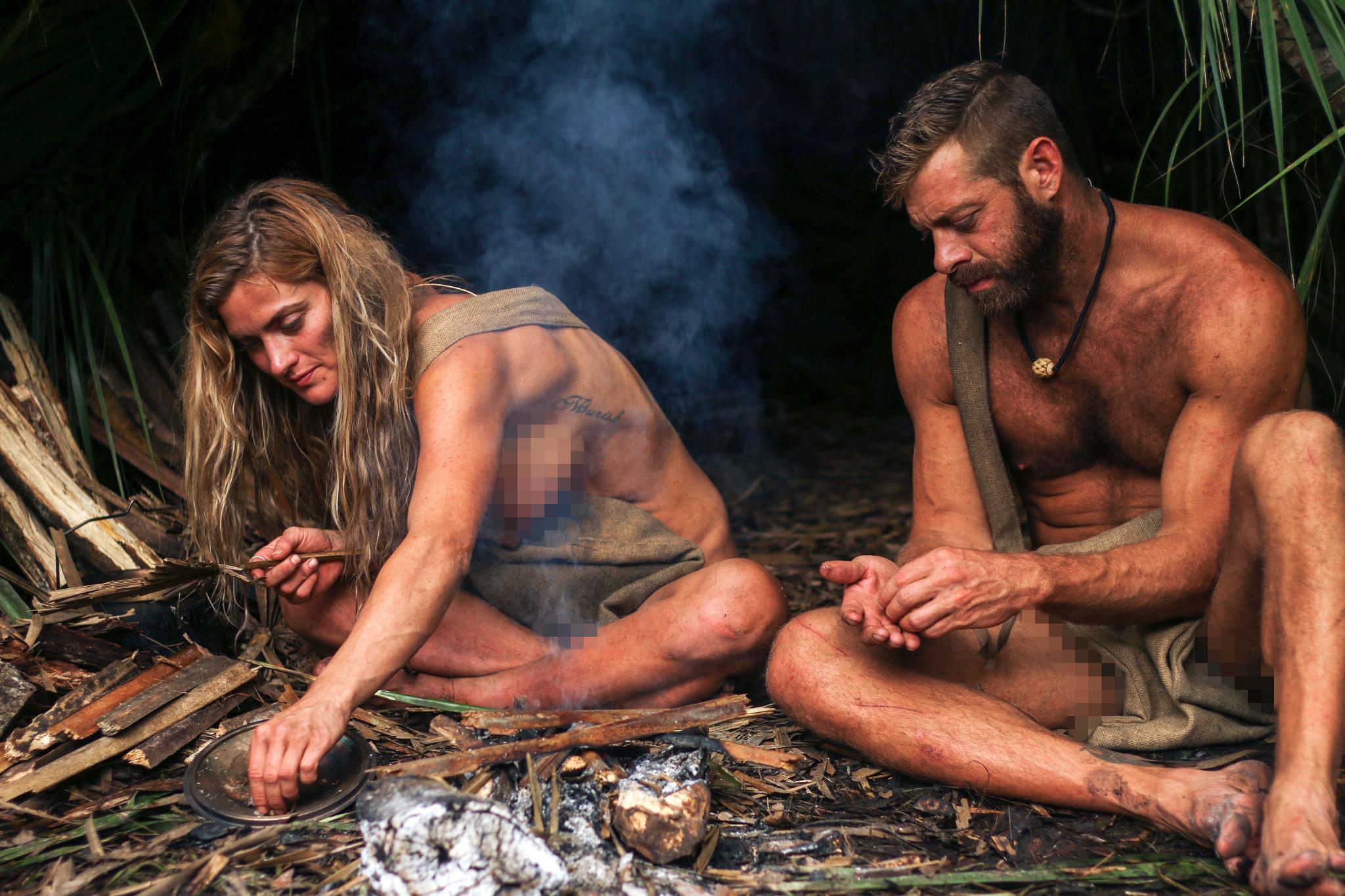 Over the weekend, I was flipping through the channels looking for something to watch on TV and stumbled onto a Naked and Afraid marathon. I had never watched the show before, but for whatever reason, I decided to check it out for a few minutes. Next you know, I was into my third episode, and setting my DVR to record the “Twinning” episode on Sunday night.

For those of you who haven’t watched Naked and Afraid before, it’s a popular television series on the Discovery Channel that follows two people as they attempt to survive for 21 days out in the wilderness, with no food, no water, and for some unexplainable reason, no clothes.

For 21 days, one man and one woman – meeting for the first time in the nude – are paired and tasked to survive in some of the world’s most extreme environments… with no food, water or clothes. This season, a whole new crop of extreme survivalists will tackle brand new international locations from Australia to Croatia and Canada, along with Alabama and Texas for the first time. They’ll suffer the world’s most hostile climates and encountering new and deadly animals including large cats, bears and some of the world’s most deadly reptiles. They will need to surmount physical challenges to create shelter, forage for food and find water. But as the days wear on and the danger ramps up – the mental challenge can become unbearable… Will any of them be strong enough, physically and mentally, to last 21 days NAKED AND AFRAID?

While the show is entertaining, tapping into our most primal instincts, after awhile I started to wonder if the show is actually real, or just an elaborate production made to look real. I mean seriously, how is it that these deadly predators threaten to come into their camp on EVERY SINGLE EPISODE, yet there’s never been an attack?

So I decided to do some digging and see if I couldn’t answer the question on everyone’s mind: Is Naked and Afraid real?

After reading entirely too many posts (including some from former contestants), it looks like Naked and Afraid is real… for the most part. While the contestants are on their own out in the wilderness, they’re not really “alone”, as they’ve got cameramen, producers, and medics with them. Even at night, the production camp is within walking distance and earshot.

They’re also not always in remote locations as they would have you think. In fact, contestants occasionally come into contact with local residents. A Season 3 participant revealed that there was a town only a few miles from their filming location, and not only would they hear the local DJ playing club music long into the night, but they would frequently encounter locals playing soccer on the beach or swimming in the lagoon. 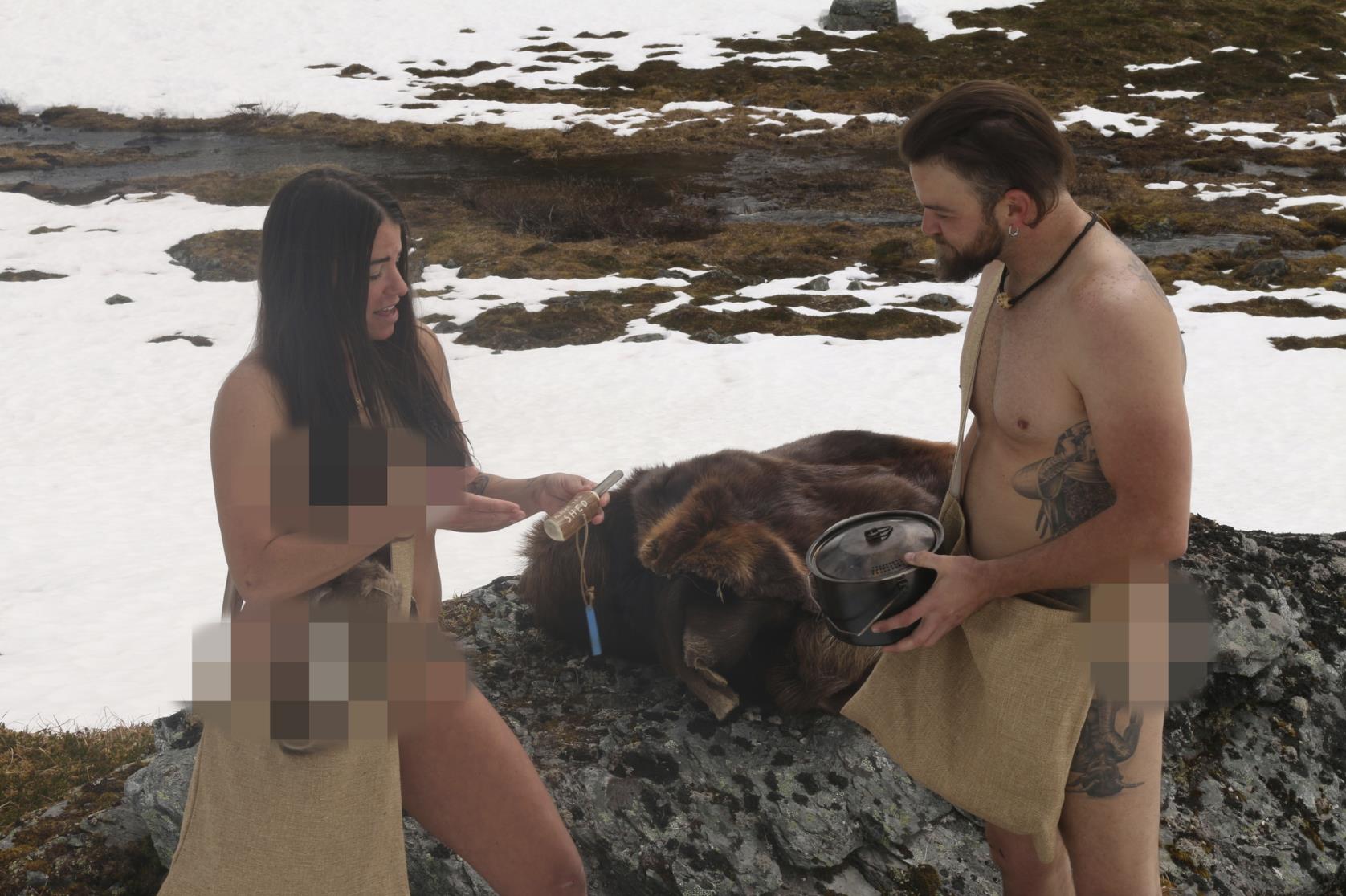 If there’s a true medical emergency, they’ve got a medical team that can intervene. Remember when contestant Kim Shelton suffers from severe food poisoning after eating a turtle? She was shown sleeping and vomiting for 3 days, before making a full recovery on day 4. What they did not tell you is that her recovery was hastened by the producers providing her with bread, rice, and baby food, as well as medics giving her two IV drips of saline to rehydrate her.

When it comes to food, or lack thereof, there seems to be some shady stuff going on as well. It’s been alleged that some of the kills (pigs, deer, snake) are planted or otherwise staged by production, specifically on day 19 when they need that extra energy to make it to extraction. Really, you’re starving to death for 18 days, and all of a sudden you become a master hunter?

And as with any reality show, there is plenty of clever editing to make things more exciting or dramatic than they really are, whether it’s issues between the contestants or imminent danger from wildlife. Does anyone really believe that there’s a leopard or elephant just ten feet away from their camp at night, and that banging on pots and screaming loudly would “scare them off”? C’mon now, if anything that would cause them to come after you.

Lastly, there’s the question of why people would put their bodies through this type of physical and emotional stress for 21 days, when there’s no money involved. But according to a report, past contestants have stated that the show does offer “a cash incentive” to those who complete filming, somewhere in the range of $20-25K. Not bad for 3 weeks of work, assuming you don’t come home with a life threatening disease, like dengue hemorrhagic fever.

So while I can’t offer an official word about whether or not Naked and Afraid is fake, the facts listed above lead me to believe that you should take the show’s dramatic events with a grain of salt.. Until we see a jaguar take down a contestant, in which case I’ll eat my words. 🙂

Make sure you tune in to Naked and Afraid on Sunday nights at 9pm on Discovery.

EDIT: A former contestant just shared a detailed account of her experience on the show here, and she seemed to suffer in a big way.. Reading her story makes me wonder if the show is realer than I first thought.