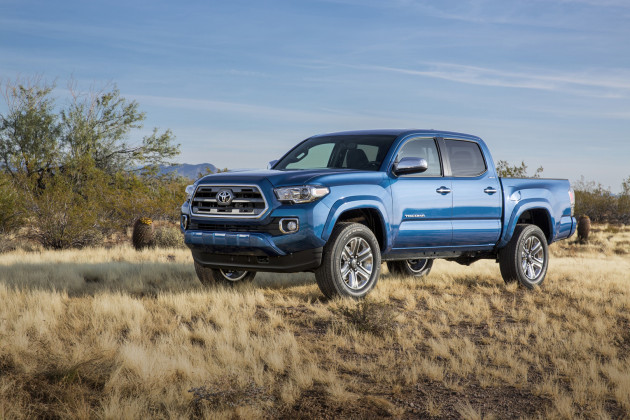 Whatever the terrain, the Toyota Tacoma is king of the hill. Rebuilt inside and out with an all-new powertrain and enhanced suspension tuning, America’s best-selling mid-size pickup for ten years running is Lord of the Rigs for dirt stomping adventurers. With a legacy of off-road victories and over seven million units sold since 1964, Toyota has revitalized the midsize truck segment with the introduction of the all-new 2016 Tacoma.

“For the past 50 years adventure-seeking Americans have relied on Toyota trucks to take them places, on and off-road,” said Bill Fay, group vice president & general manager, Toyota Division. “The all-new homegrown Tacoma is a tough truck designed, developed and built for lifestyles of the young and young-at-heart.” 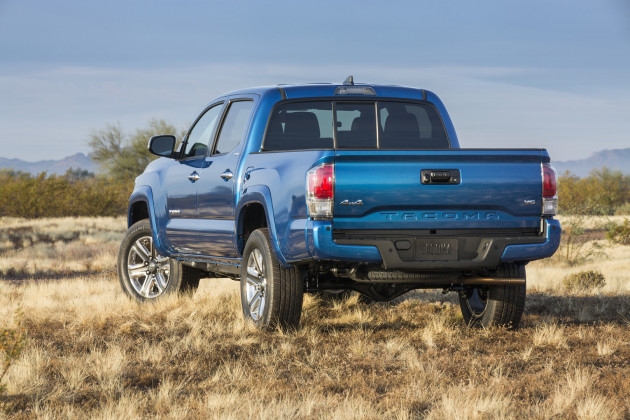 The new 2016 Tacoma is built from the ground up. Starting with the frame, they added high strength steel to enhance rigidity and overall strength. Ultra-high strength steel was integrated into the body shell using a new hot stamping process that reduces weight. And to create a truck to meet the needs of active drivers on a variety of tamed and untamed surfaces, the suspension was fine-tuned to help deliver a smoother on-road ride, while making it even more capable off-road.

The Tacoma will be powered by a 2.7L four-cylinder engine and an all-new, segment-first 3.5L Atkinson cycle V6 equipped with Toyota’s D-4S technology, featuring both direct and port fuel injection. Both engines will be paired to a new six-speed automatic transmission with electronic shift delivering quick and easy shifting. The V6 can also be mated to a new six-speed manual transmission. The new powertrain makes the Tacoma more powerful and fuel efficient than ever before. 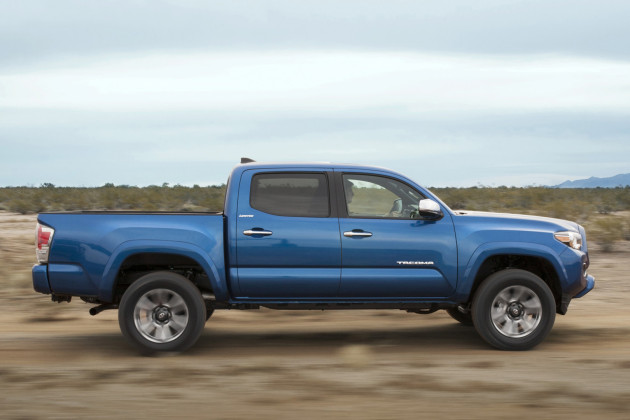 The Tacoma shares the Tundra’s more chiseled face, with a hex grille. From there, Tacoma expresses its own identity. The front end of the truck portrays an aggressive attitude with its bold upper grille and a taller, more muscular hood. Mounted high above the clamp-shaped bumper sits slim, high technology headlights that feature projection beam lamps with available LED Daytime Running Lights. From behind, the new locking tailgate emphasizes Tacoma’s wide stance and tough image.

The 2016 Tacoma’s tough exterior is complemented by an interior that conveys a sport truck image reflecting an athletic, go anywhere, off-road feel. Once inside, drivers will notice a “handlebar” design theme in the instrument panel for a more driver-focused experience. Soft-wrapped trim and metallic accents set the stage for a high-quality look and feel that is a starting point for an array of available premium features. 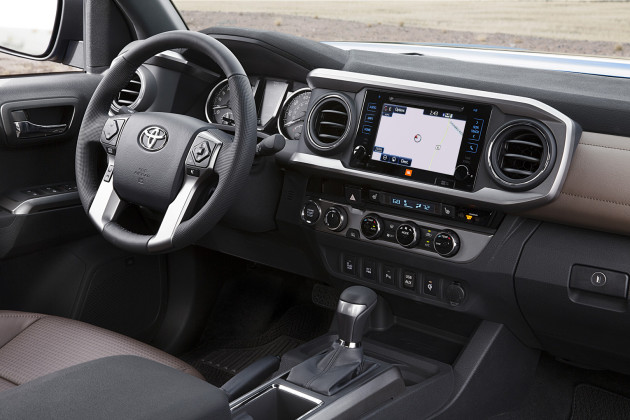 The new Tacoma will be available in five grades in both 4×2 and 4×4 configurations. Each grade will have its own personality and unique look. Tacoma grades include:

Backed by 50 years of unwavering capability, an unbreakable attitude, and an off-road racing heritage, the all-new Tacoma is hungry for adventure and ready to tackle almost any challenge that it encounters. It’s the ultimate tool for the outdoorsman that likes to get out there and go places.

Related Topics:2016 Toyota TacomaNAIASToyota
Up Next