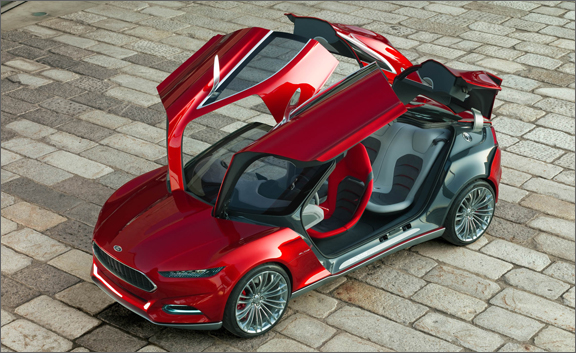 Ford just pulled back the curtain on a completely new car called the Ford EVOS Concept. It’s absolutely stunning, it’s making it’s debut at the Frankfurt Auto Show, and it’s sure to be the talk of the show!

Don’t expect to see it coming to any showrooms however. The custom-made vehicle is rather “an ultimate expression of Ford’s new global design and technology vision” and a promise of things to come. 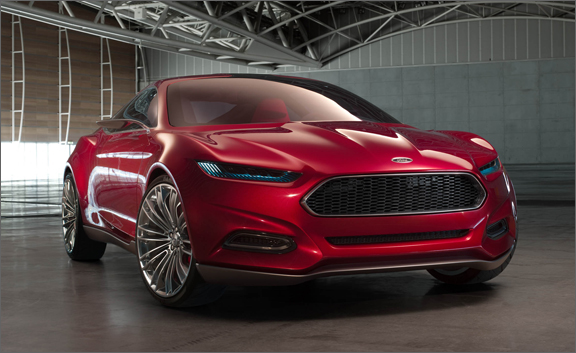 Sadly, the company won’t go so far as to adapt the Evos’s quad butterfly doors for production. But this fastback four-seater, which is shorter than a Focus sedan but wider than a Porsche Panamera, embodies half a dozen newly defined pillars of Ford global design. The Evos will provide the template for future Fords. 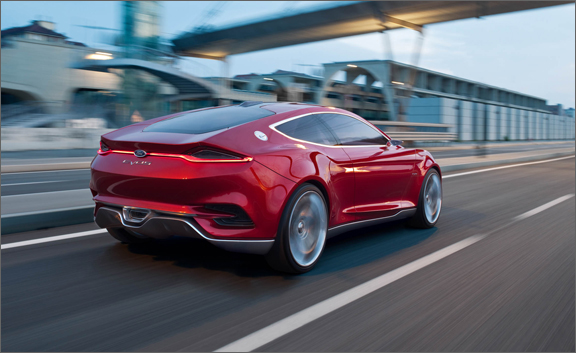 Ford has been batting a thousand, and the EVOS is a pretty exciting glimpse into Ford’s future. The competition better watch out!

Have you driven a Ford lately?

Related Topics:FordFord EVOS Concept
Up Next

The Best Used Convertibles For Under $20K