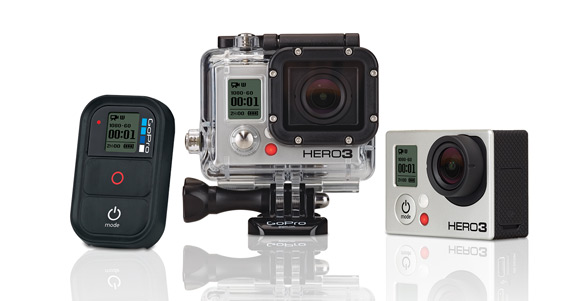 GoPro, maker of the world’s most versatile cameras, introduced their next generation HERO3 cameras earlier this month. Each camera in the HERO3 lineup features built-in Wi-Fi and is 30% smaller, 25% lighter, and 2X more powerful than previous GoPro models.