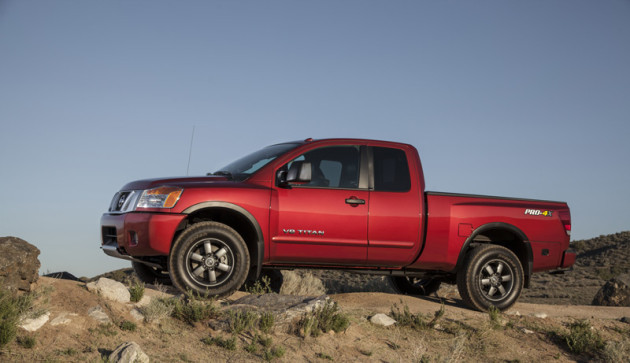 We were given a 2014 Nissan Titan Pro-4X as a test vehicle for a week, so we immediately set off to do some fishing, offroading, and general good-times hunting. Although the Titan is becoming very long in the tooth in terms of design and interior trim, we found that it’s still a capable, comfortable all-around pickup truck.

Our adventures took us to Curt Gowdy State Park near Cheyenne, Wyoming. Although it was sunny and warm on our arrival, dark clouds were headed our way and the breeze told us they wouldn’t take long to arrive. We didn’t let that slow us down, though, comforted by the strength that the Titan exudes while you’re driving it.

We parked at a lake and began unpacking so we could get lines in the water. By the time we were ready to think about opening up some lunch boxes, the clouds had set in and occasional sprinkles told us that storms were imminent. 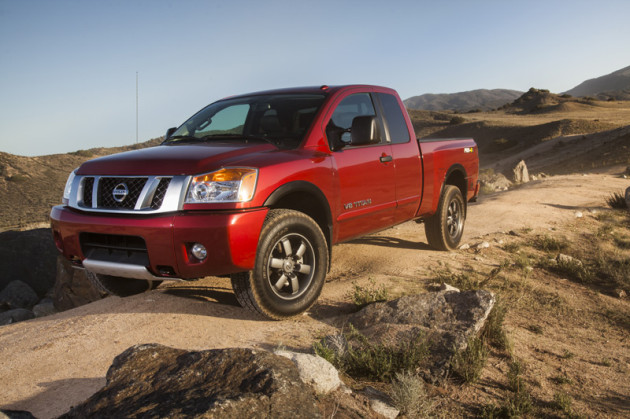 Then, like clockwork, as soon as I lit a fire to roast hot dogs, the rains came. Never fails. Wash the car or go camping and it will rain. We all snuggled into the Nissan Titan’s large cabin and waited.

That cabin is dated, but still comfortable in a work-a-day way. Our Titan Pro-4X Luxury model featured to-the-point simplicity throughout. Nothing in the Titan’s cabin is cheap, but much of it is ready for a remodel to catch up to the times. We’ll see that in the 2016 Titan, no doubt. Meanwhile, though, there’s little to complain about in there.

As the rain subsided, we decided to see if the lake down the road was any better off and set out along the now-muddy dirt road to find it. The Pro-4X package on our 2014 Titan, of course, is more than capable of getting through muddy and rough terrain. The 5.6-liter V8 under the hood packs a lot of power through the transmission as well, outputting 317 horsepower and 385 lb-ft of torque. 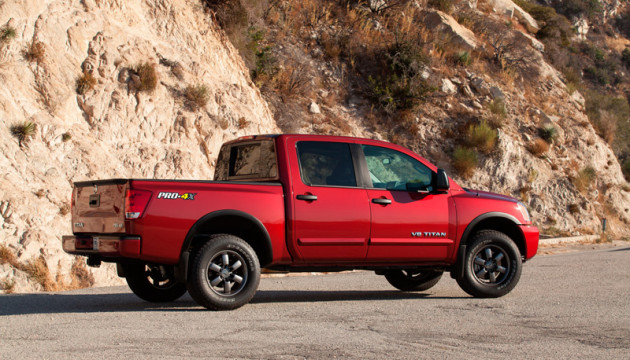 Things were no better at the other lake and the clouds were only getting darker, so we decided to call it early and try to run ahead of the storm to get home. This sent us up another dirt road to a highway, where we could push down the pedal and really get going. The 2014 Nissan Titan is comfortable enough on the road and, even with only lightly loaded, does well on pavement for a truck.

Alas, we were not faster than the storm, however, which was rolling in at a good clip and hit us hard as we sped down the highway. The heavy patter of rain became a torrent of thick drops which gave way to the signature Wyoming hail the Plains States are famous for. The hail was soft, though, so there was no reason to seek shelter from it, but it covered the road quickly and created a sheen of slush that grew thicker as the hail continued. 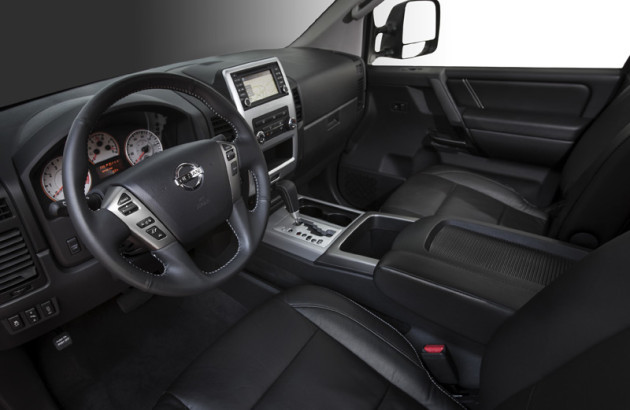 Through all of this, the sure-footed Titan never even blinked.

All in all, the 2014 Nissan Titan is showing its age, now working on ten years at market in this generation, but is still a capable, strong workhorse of a truck. In our 284 miles of testing, which included more offroading and a lot of freeway and some hauling, we found that the 2014 Titan shouldn’t be overlooked when considering a pickup truck.

Related Topics:2014 Nissan TitanNissan
Up Next