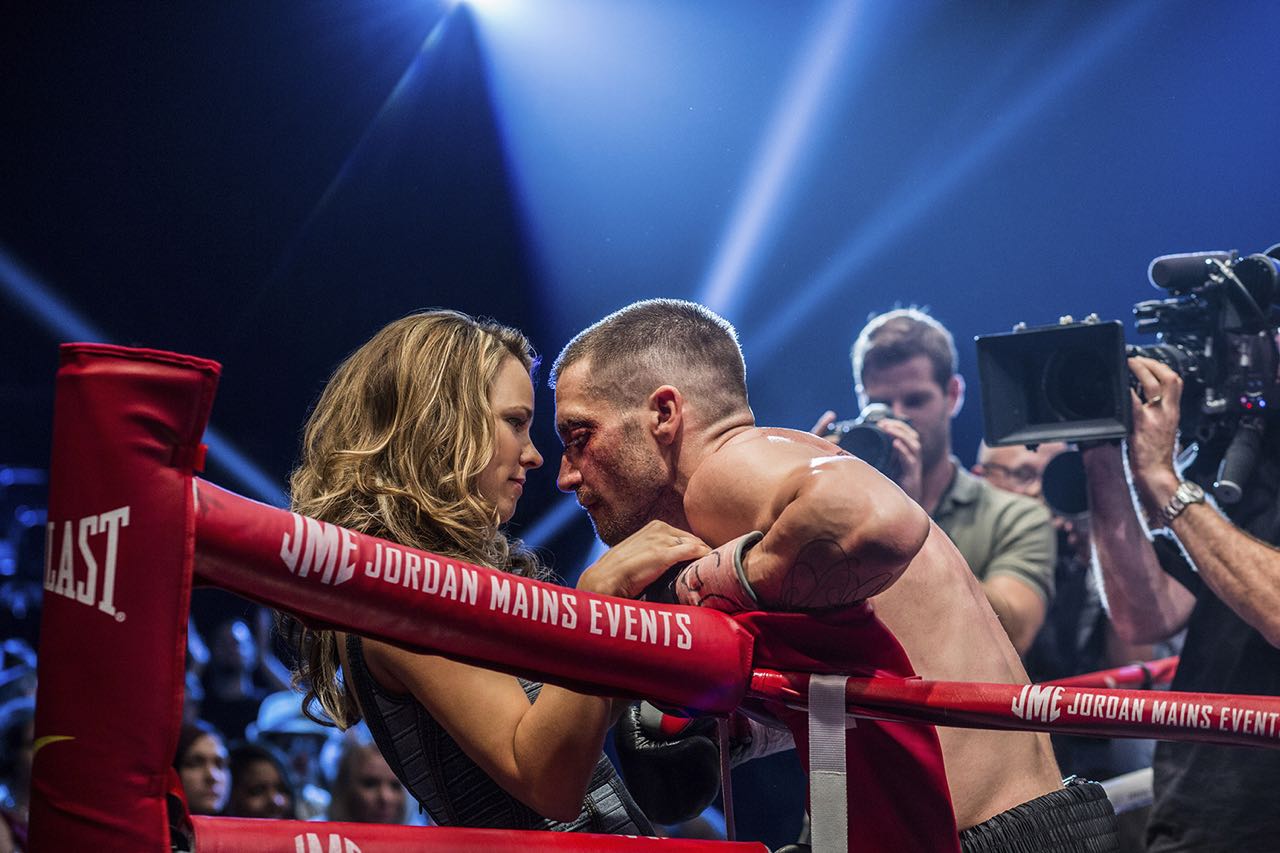 Although they are often classified under a singular category, sports movies often divide themselves into their own sub-genres with their own particular rhythm. Nowhere is this more apparent than in the boxing genre, which despite being based in an only occasionally popular game, is perhaps the most popular of all the sports movies. Why is that? Is it because we like our movies to essentially be one on one conflicts where two titans come to punch each other in the face, or could it be because we’re fascinated by those who do something that most people wouldn’t dream of. What kind of personal hell drives somebody to enter that ring and take all of that punishment? This is the main question that Southpaw attempts to answer.

Billy Hope (Jake Gyllenhaal) is currently at the top of the light heavyweight division. Sure, his reckless ‘get hit until I get angry’ style puts his body through hell, but still he remains undefeated. His wife Maureen (Rachel McAdams) is starting to worry though, after all, she wants more than anything for Billy to be a father to his daughter Leila (Oona Laurence). All of that takes a sudden turn for the dark when a rival of Billy’s causes a brawl that results in a gun-shot being fired, murdering Maureen and devastating Billy. Turning to drugs and alcohol, he is found unfit to take care of Leila and she is taken away from him. Desperate to get her back, he enlists the help of trainer Tick Wills (Forest Whitaker), to aid him in getting his anger, and boxing problems under control so that he can compete again.

If there’s one reason to see Southpaw, it’s for the performance of Jake Gyllenhaal. Playing almost the exact inverse of his cruel, calculating character in last year’s excellent Nightcrawler, the actor not only puts on a staggering amount of muscle, but completely embodies the often sweet but sometimes terrifying persona of this guy. While essentially a soft-spoken man, Billy is a time bomb waiting to explode at any moment, and when he does, Gyllenhaal infuses him with incredibly authentic rage. Even so, we never loose track of the fact that this is a family man who loves his daughter more than anything, and his sequences with Laurence are beautifully potent. He’s a sweet guy at the end of the day, and a great deal of screen-time is spent begging him to not fly over the edge. While it likely won’t be the performance to get him his long overdue Oscar nomination, it is certainly further proof that the Donnie Darko star is becoming one of the most versatile and fascinating actors working today. Meanwhile, the rest of the cast gives solid, if more contrived performances. Whitaker adapts to the mentor role well, sharing some really nice moments with Gyllenhaal as their relationship grows, while revealing some pain of his own. Meanwhile, McAdams isn’t in the movie as much but does a lot with her time, making the audience grieve for the loss of her strong, charismatic mother as much as Billy does. 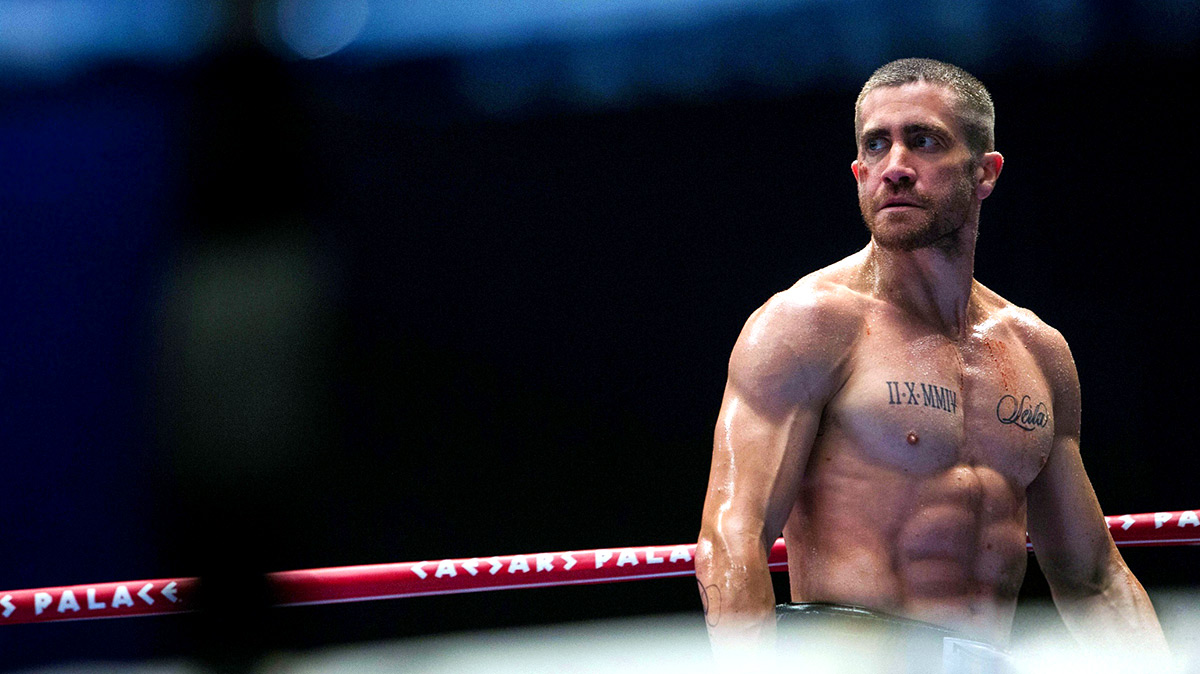 Director Antoine Fuqua (Training Day, The Equalizer) does a decent if not particularly energetic job behind the camera here. While I admire the typically action focused filmmaker for trying to do something a little more character driven, he seems a little bored of his choice. There’s nothing in the appearance of this film that separates it from any other gritty boxing movie in the last thirty years. He only really comes alive in the boxing sequences themselves, which incorporate some intense point of view shots that throw us directly into the action and make each punch felt. It’s not badly directed by any means, simply a bit generic.

Generic is the word I would use to describe much of this film. While Jake Gyllenhaal’s performance anchors it, there simply isn’t much of a story behind him. The screenplay feels copy pasted from every other, better boxing movie ever made, without any particularly unique element to really drive itself away from the pack. Sure the tragic elements that kick-start the story are a bit unconventional, but eventually, that starts to not matter very much once we get to the wise old mentor, training montage, and final fight. This becomes a particular problem later on in the film, when we’re forced to hate our main antagonist because he’s cocky and indirectly contributed to Maureen’s death, not because he’s a well drawn villain. Often times, this contrivance makes Southpaw a pretty boring watch, even with the incredible performances.

Southpaw feels like a movie begrudgingly adapting to the troupes of it’s genre, instead of adapting the genre to fit the story it wants to tell. It all feels very generic, and while Gyllenhaal is a revelation, he can only hold things together for so long. If you’re simply looking for an underdog to root for without being particularly challenged by anything new, Southpaw might be forever. However, if I were you, I’d save your pay per view money for the much better looking ‘Creed’ later this year.

Bond Is Back In Awesome Second Trailer For Spectre