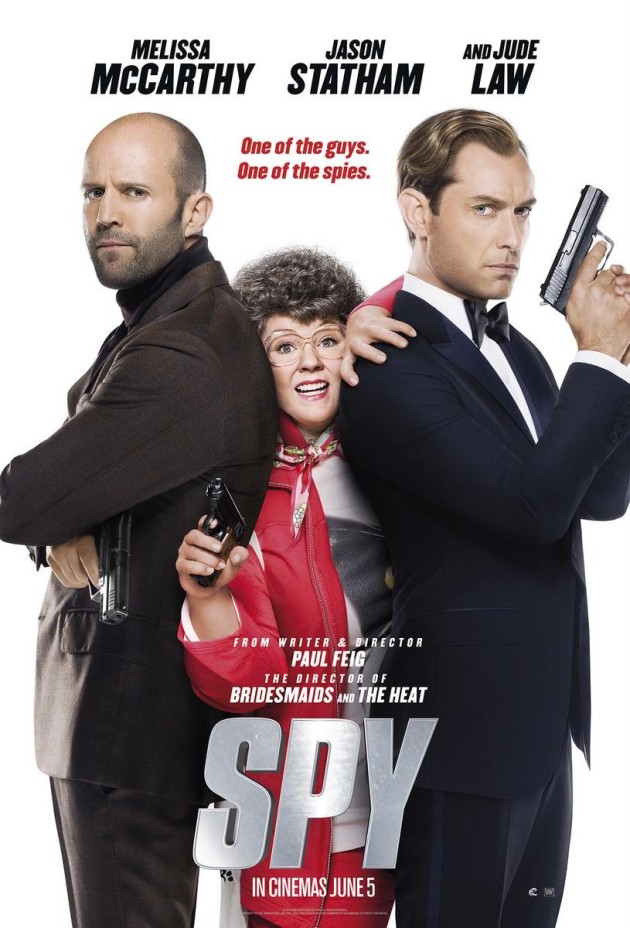 If there’s any type of comedy that to me is completely played out, it’s the spy spoof. I mean, how many times can one possibly send up the troupes of Bond and Mission: Impossible by having a goofy protagonist bumble through a routine version of those stories. Enter Melissa McCarthy, who is perhaps Hollywood’s most popular bumbler at the moment, and director Paul Feig, who previously helmed the abysmal Bridesmaids (yeah, I said it) and you could say this was a recipe for disaster from square one.

…which makes how good this movie is all the more fascinating.

We start off with Susan Cooper (Melissa McCarthy), a mild mannered tech assistant at an espionage agency, crushing on Bradley Fine (Jude Law), the sexy and arrogant top spy. The two make a good team, but he’s also got her deep in the friend zone. However, when Bradley goes missing at the hands of evil billionaire Rayna Boyanov (Rose Byrne), who has collected the identities of all of the top agents, it’s up to Susan to find him. Despite the fact that she excelled in her combat training, her appearance draws the skepticism of the whole agency, particularly Rick Ford (Jason Statham), who is trying to solve the case on his own despite being compromised. 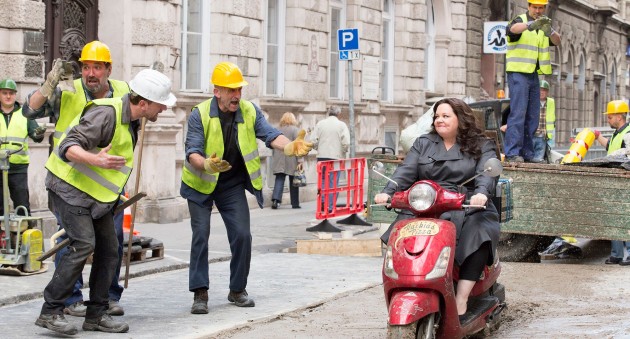 What makes Spy work so surprisingly well is how the movie manages to side-step all the pitfalls that normally makes this genre so painful. Most admirably, Feig makes McCarthy’s Susan a competent, if inexperienced hero. Sure, there are a fair amount of pratfalls, but they come from awkwardness stemming from finally being in the field, not from flat out stupidity. The film finds it’s humor through it’s characters, and quirky action sequences, rarely opting for an easy laugh. McCarthy does a wonderful job here, giving us a sweet hero we can easily identify with and root for, while also selling her more kick-ass persona later on. For my money, it’s her best on-screen performance yet, and hopefully she will learn from this to create less obnoxious characters in the future.

The supporting players are also uniformly hysterical. Statham in particular is an absolute riot, stealing every scene he’s in as a brilliantly measured send up of his own no nonsense persona. Watching somebody who is normally so controlled be so silly is one of the great joys of this film, and he’s in the movie just enough for that novelty to not wear off. Meanwhile, Byrne makes for a beautifully condescending, icy vixen, who rings big laughs out of her own arrogance, while Law plays the big-headed jock with great bravado. All of these actors play this completely straight, and that’s why it works. In it’s own absurd way, they feel like pieces of a real spy story. 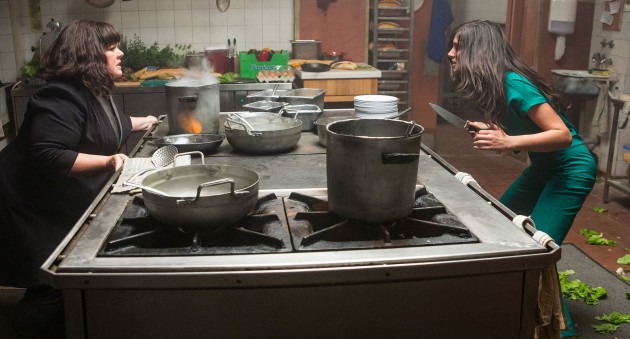 Feig also does a surprisingly good job at crafting creative action sequences. He fills each one with not only humor, but genuine invention and choreography, the R-Rating even allowing him to give some weight to the violence. I never thought I would find myself saying that Melissa McCarthy would be involved in one of the best hand to hand combat sequences of the year, or an airplane confrontation that rivals Air Force One, but those are just a couple of the wonderful surprises this movie has in the action department. The only sequence that is a little generic is the climax, which is not only clichéd, but pulls majorly from a much better executed sequence from last year’s 22 Jump Street.

Feig also just can’t himself from exposing his greatest flaw as a director in certain sequences, extended improv sequences that go on for far too long. These moments of extended riffing without any judicious editing is what killed Bridesmaids, and it’s what seriously hurts a couple moments here. Even when the joke being extended is funny, it will often go on for so long with these actors saying different forms of the same thing that it’ll start to deflate the laughs right before your eyes. I really hope that Feig works on this before he takes on Ghostbusters, as that film is going to require quicker, more nimble timing. 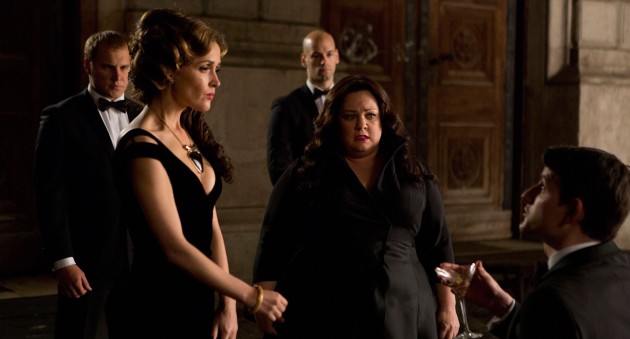 Spy is one of the most pleasant surprises of the year. McCarthy is finally given a role that suits her without turning her into an obnoxious bore, and the spy genre is finally sent up in a way that is both inventive and funny. Sure, Feig will get in his own way from time to time, but he also pulls off some wonderful summer blockbuster moments. It’s certainly his strongest effort so far, and a film that is worth checking out. Like it’s protagonist, it doesn’t look up to the task, but proves the opposite in spades.