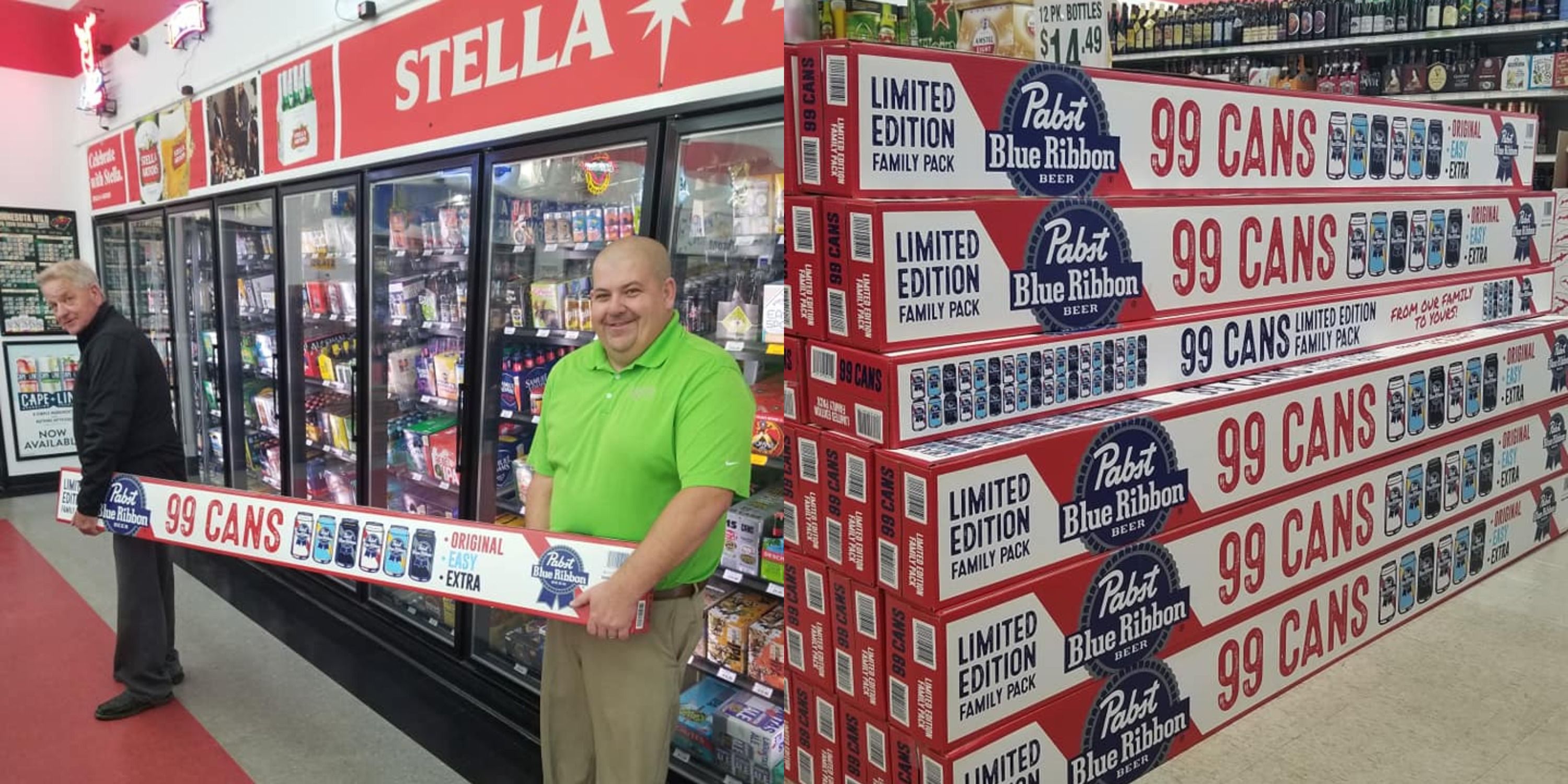 There’s nothing worse than running out of beer, especially when you’re too hammered to make another trip to the store. But not to worry, because the folks at Pabst Blue Ribbon have got you covered, with an insane PBR 99 pack!

PBR first introduced the massive PBR 99 packs in Canada back in 2017, and now they’ve found their way stateside. The case contains three types of PBR (Original, Easy, and Extra), and assuming you can find one, it will set you back a cool $175. That’s less than $2 per beer.

Finding the limited edition PBR family pack may prove to be challenging, as will how you plan on getting this home, as the 7-foot long pack weighs a whopping 82-pounds. Yeah, I hope you brought some friends along with you to help with this.. and a large trunk.

According to sources, the PBR 99 pack is carried in Alaska, California, Colorado, Florida, Iowa, Massachusetts, Michigan, Minnesota, Montana, New York, Pennsylvania, South Carolina, Texas, Virginia, and Wisconsin. Why is it only sold in those states? No idea.

When asked how people can find the PBR 99 pack in their area, PBR coyly replied, “99 pack is very much a real life unicorn. To find out if the 99 Pack is available near you, please send an email to products@pabst.com and they can help you on your quest.”

Since I don’t live in one of the participating states, I didn’t bother e-mailing them. But if you happen to score one, be sure to share pics of it on social media using #99Pabst so we can live vicariously through you.