The DVR, probably the most popular TV-related invention since the remote control, has earned a special place in the hearts – and eyes – of TV viewers everywhere. It is freedom from time in a box, or as an FCC commissioner once called it: “God’s Machine.”

Well, what if one company announced that it has found the Holy Grail of DVR technology? A machine so magical and magnificent it serves the ENTIRE home, records five favorite shows at the same time, and has up to 3x more HD capacity than cable providers?

DIRECTV pulled back the veil on the industry’s most advanced and intuitive HD DVR today, the DIRECTV Genie. And it’s a Genie that will grant more than three wishes. 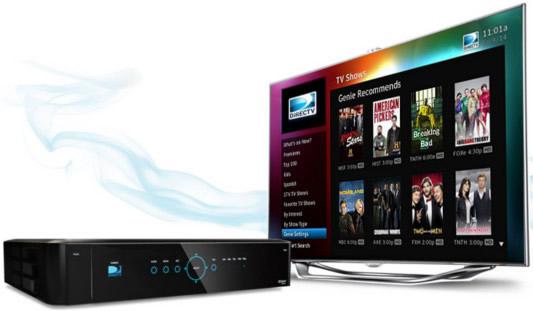 Just look at the Genie’s features:

If I had DirecTV, I’d get one of these in a SECOND! My DVR fills up so quickly, and don’t even get me started on the conflicts I have to deal with because of the timing games some networks play! The ability to record 5 shows at once + 1TB of storage = TV nirvana!

According to DirecTV’s site, the Genie has a MSRP of $299, and the Genie Mini clients cost $99/each. However, new customers will be able to get the Genie and up to three Genie Mini’s for free if they sign up for an extended service contract.

Dishonored Has A New Interactive Trailer!