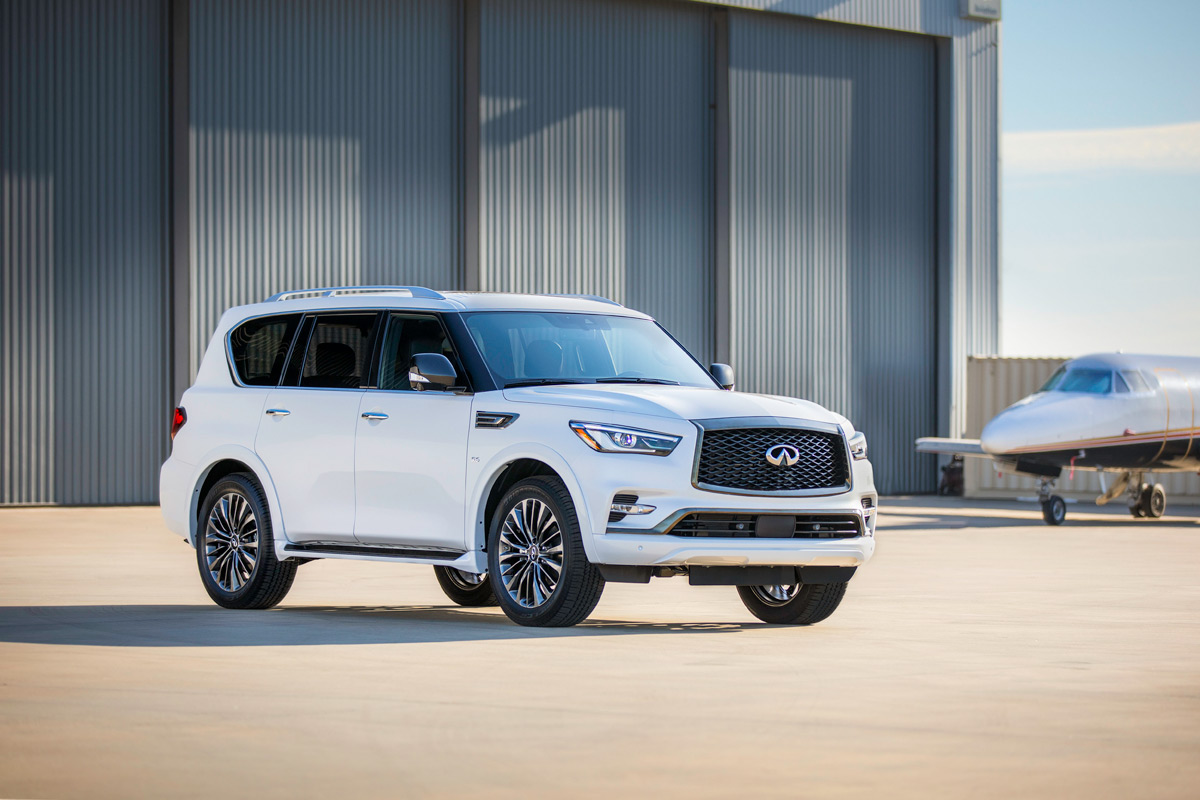 The 2020 Infiniti QX80 continues the current generation of the big luxury SUV, which is now entering its tenth year. That makes it pretty old in automotive terms, but Infiniti added a few things to update it this year. Namely a new infotainment system, Apple Carplay and Android Auto as standard, and a special Edition 30 package to celebrate 30 years of Infiniti in the U.S.

Does this stuff help keep the big QX80 relevant? That depends on what you think of as current in full-sized luxury SUVs. Compared to others, the QX80 is a bit dated in many ways, but those are fine points rather than big issues that seriously degrade the rig’s value. Not many in this segment can claim an 8,500 pound towing capacity, standard features that include leather upholstery and a 360-degree parking camera, or TWO touchscreens for infotainment. 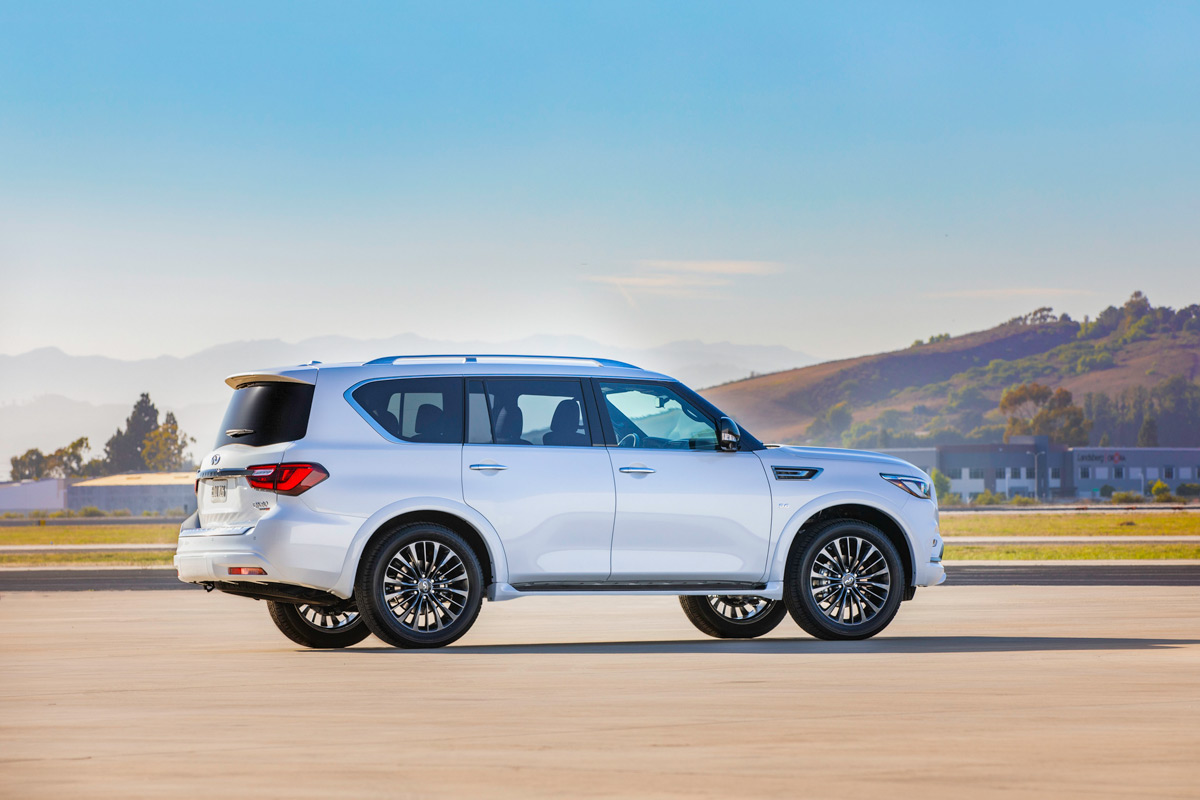 Where the 2020 Infiniti QX80 really hits it, though, is with its muscle and capability. Beyond the towing mentioned above, the QX80 also has a 5.6-liter V8 that outputs 400 horsepower and 413 pound-feet of torque. This runs to a seven-speed automatic that can be in rear-wheel or four-wheel drive (we’d highly recommend the latter). With 4WD, the QX80 is more off-road capable than many that compete in the luxury SUV segment.

The dual screen infotainment is pretty good and, unlike other Infiniti models we’ve seen it in, it doesn’t have the sun glare issues we’ve complained about before. Our only complaint with them, really, is that they’re relatively low resolution compared to others on the market and you cannot swap things from one screen to another. The system is easy to use, though, and comes standard with a 13-speaker Bose stereo that can be updated with four more speakers. 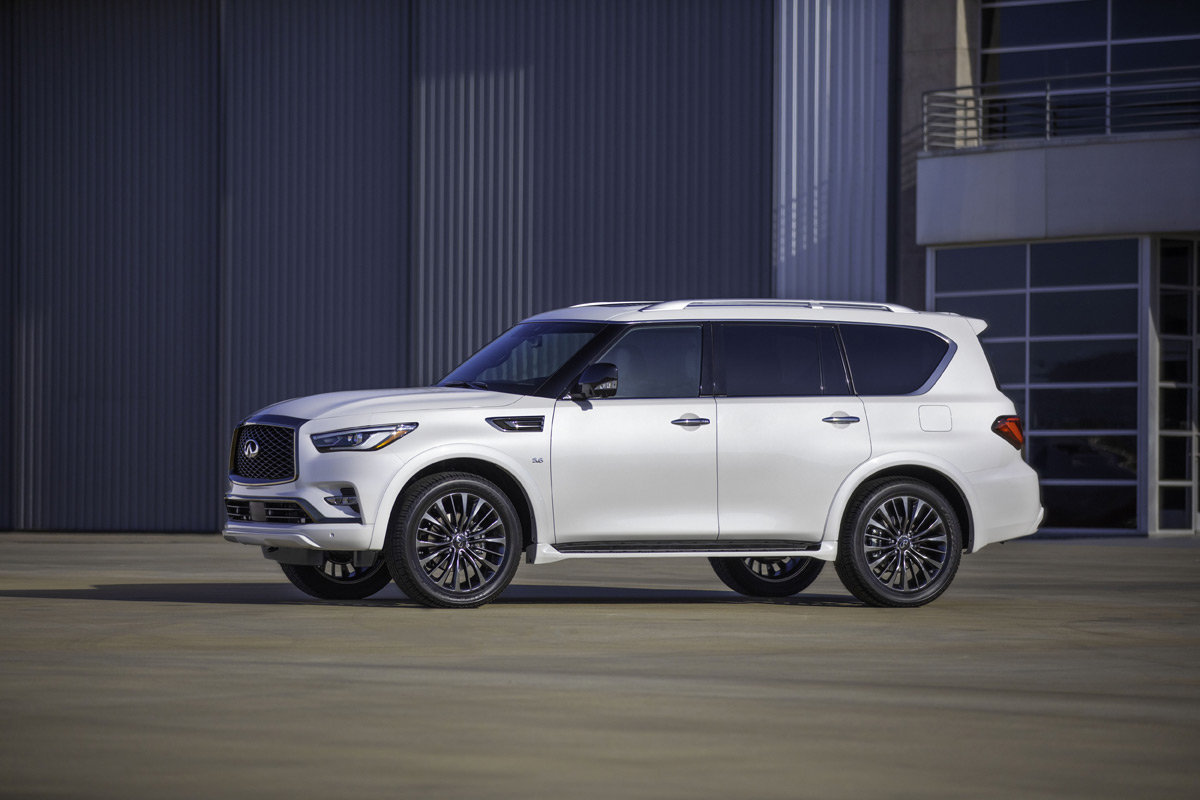 There is a point of note here as we talk about features. The 2020 Infiniti QX80 is basically two different SUVs. The base model Luxe with two- or four-wheel drive is very different from the Limited model with 4WD. The Luxe is a lower-end luxury ride compared to the Limited and the upgrade price (plus some add-on features) are probably worth it to most people who’re buying in this category.

The QX80 becomes a really capable and luxurious ride when it’s optioned with the ProAssist driver assistance package and the Sensory package for the better Bose sound system and upholstery upgrades. The ProActive package is also very much recommended as it ads a lot of body ride control and speed-sensitive steering, which greatly improve the demeanor of the QX80 when on the open road. The new Edition 30 package is nice for its unique dark chrome grille and badges. With the Limited, all of the above except for the Edition 30 are standard features and well worth the upgrade. 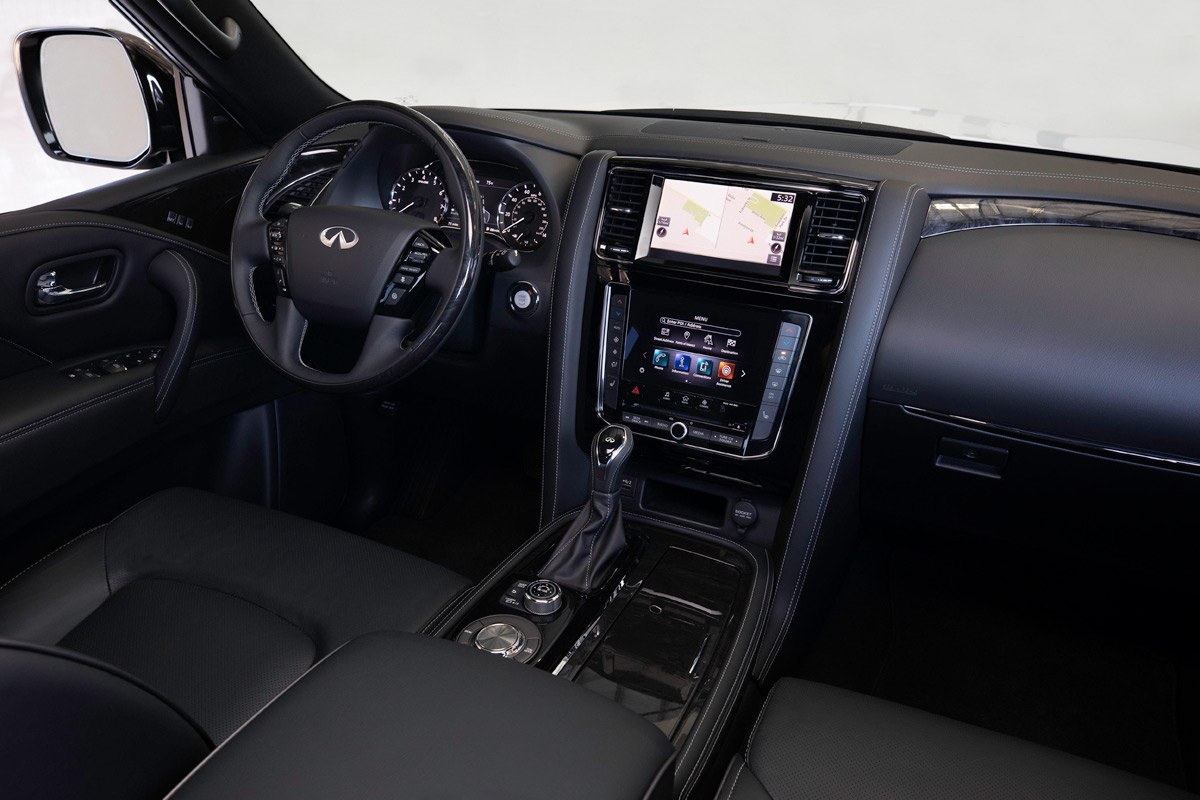 There’s a lot to love about a big, luxurious, well-done SUV. The 2020 Infiniti QX80 drives well on the road, feels good off the road, and has all of the luxury you can expect of an SUV priced in this class. Extra features like the useful camera-based rearview mirror (accessed by simply flipping the rearview mirror switch) and the 360-view camera for parking are great. The big rumbling engine is unobtrusive in normal driving, but really kicks in with some happy grunts when the throttle is pressed.

Related Topics:2020 Infiniti QX80InfinitiSUV
Up Next