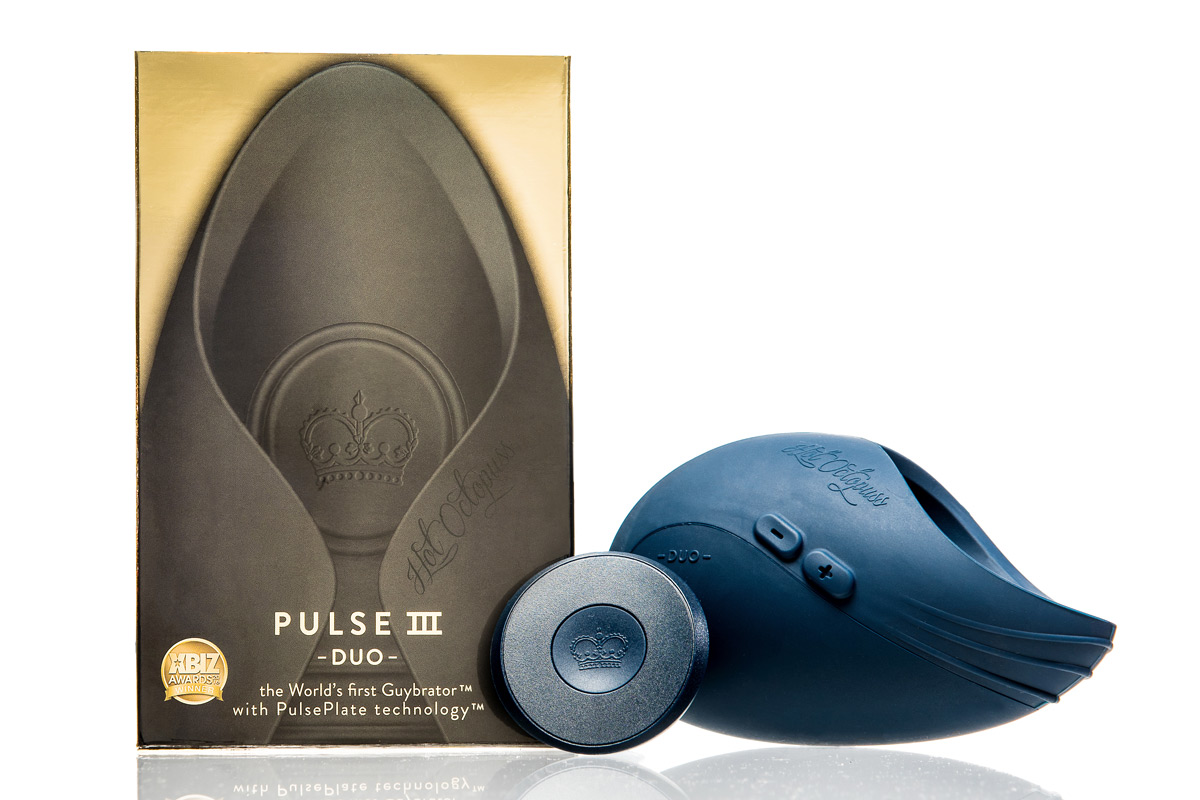 As you may remember, earlier this year, I reviewed the Hot Octopus Pulse II SOLO, an award-winning male masturbator that uses a unique oscillating PulsePlate on the inside of it to send deep vibrations from the head of your penis all the way through your shaft.

My experience with the PULSE II was pretty explosive (see what I did there?), so when I heard that they had released a new and improved version of their high-tech “guybrator”, the aptly named PULSE III, I just had to check it out! You know, for science and stuff..

So what’s the difference between the old PULSE II and the new PULSE III?

This animated video demonstrates how the Pulse III SOLO and DUO work:

I’ll admit, I wasn’t quite sure how this was going to go, as the toy seemed a little bulky and looked like it might get in the way. But it fit snuggly between us and really took our foreplay session up a notch. My girl climaxed more than once from the direct stimulation, so needless to say she’s a big fan of the DUO.

Hot Octopus really knocked it out of the park with their next-generation PULSE, and it’s totally worth the $149 price tag. So if you’re ready for more power, more control, and an orgasm like no other, order the Pulse III DUO today. You won’t be disappointed!