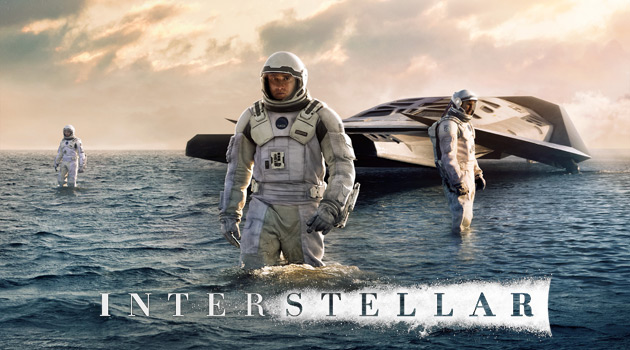 About few days ago, our friends at Paramount Pictures sent us a copy of Christopher Nolan’s Interstellar on Blu-ray. The film has been hailed as “the most exhilarating film this century,” and while I don’t know if I’d go quite that far, it definitely had me on the edge of my seat throughout the entire 169 minutes.

If you’re unfamiliar with the movie, here’s a quick synopsis:

In the mid-21st century, crop blight has caused civilization to regress into a failing agrarian society. There is no military anymore. Trends are a thing of the past. Automobiles have not been produced in decades and have to be kept in running condition. The majority of cities in the US are almost abandoned with most of the population now living in rural areas eking out a living as corn farmers.

With the situation growing more dire with each passing day, former NASA test pilot-turned-farmer Cooper (Matthew McConaughey) must leave his family and a foundering Earth behind to lead an expedition traveling beyond this galaxy to discover whether mankind has a future among the stars.

Interstellar will be released on Blu-ray Combo Pack, DVD and On Demand on March 31, 2015, and if you’re planning on picking this up, you should definitely get the Blu-ray. Not only do the amazing visual effects come to life in 1080p, but this three-disc set comes with three hours of in-depth, behind-the-scenes bonus content detailing the epic shoot, the scientific realities explored in the film, a look at creating the stunning visuals, plus an extended cut of “The Science of Interstellar” broadcast special and much more.

Here’s a breakdown of the special features:

In addition, for a limited time, the Blu-ray Combo Pack will also include an authentic, collectible Interstellar film cell from an original 70MM IMAX print of the film. 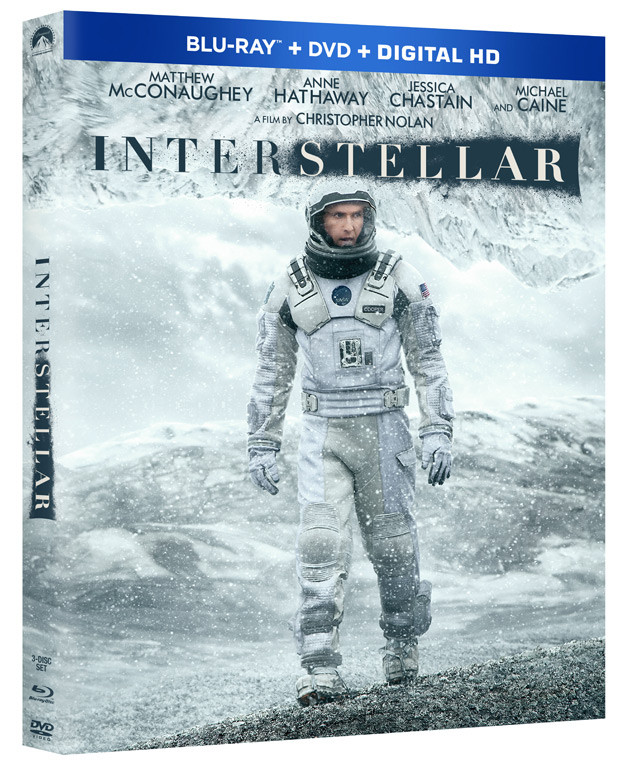 Interstellar is a fascinating exploration of physicist Kip Thorne’s theories of gravity fields, wormholes and several hypotheses that Albert Einstein was never able to prove, and the movie will have your mind racing longer after it’s over. So if you’re looking for an end-of-the-world sci-fi thriller, Interstellar is just the ticket.

Make sure you pick up the movie when it’s released on March 31st, and let us know what you thought of it.