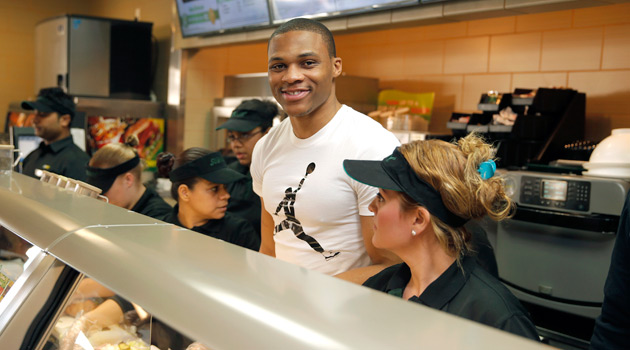 The NBA’s most fashionable player spent Wednesday “dressing up” sandwiches, as he worked behind the counter of a Subway restaurant in California with long-time Subway spokesman, Jared Fogle.

Help us in welcoming Westbrook to the Famous Fan roster!