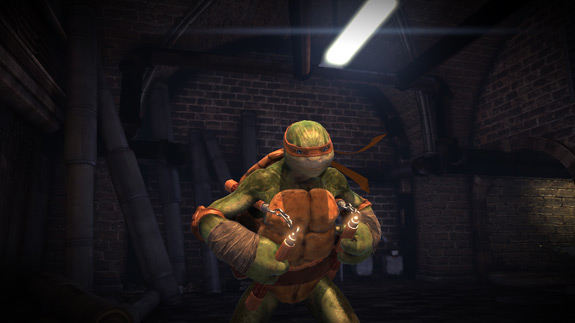 Teenage Mutant Ninja Turtles: Out of the Shadows is a third-person brawler game set in New York City, taking gamers through articulated, true-to-life environments filled with action-packed adventures as Leonardo, Donatello, Michelangelo, and Raphael. Featuring an original hyper-realistic 3D-style, gamers can experience four-player online co-op play while stomping out the Foot Clan and unleashing turtle torment on any foe that gets in their way.

Teenage Mutant Ninja Turtles: Out of the Shadows is expected to be released this summer for digital download on Xbox LIVE Marketplace, PlayStationNetwork, and PC via Steam.

Should You Consider Selling Your Xbox 360?