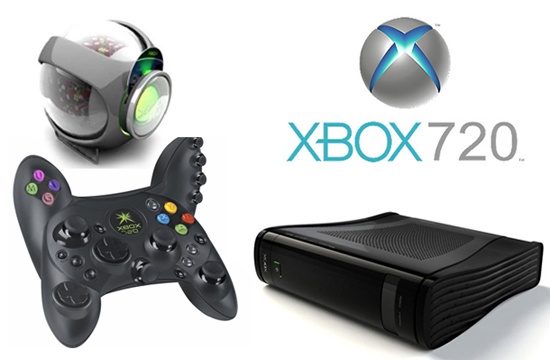 With Microsoft reports and rumors leaked in forums across the world, and gaming whispers buzzing in our collective ears, it can only mean one thing – A new Xbox console is coming!

Code-named ‘Durango’ (inadvertently slipped by a well-intended tweet), but possibly to be named the Xbox 8, Infinity or the Loop, it is currently most widely known as the Xbox 720, cleverly disguised as technically the Xbox 2.

To Infinity And Beyond!

This slim, sleek, quicker and more graphically appealing Xbox 720 will be an expansive entertainment system, based largely around the motion-detecting Kinect, with ‘Fortaleza’ wall-projection, offering a better 3D gaming experience, currently in development.

A Blu-ray player means that as well as screening movies, much bigger game discs can be played (50GB compared to just 8GB on most games). So there’s no doubt the new Xbox 720 will be even more popular than the old console.

How Will You Afford It?

If you’re keen to get your gaming mitts on the shiny new Xbox 720, but don’t quite anticipate being able to afford it’s expected expensive price tag, here’s a thought – Why not sell your Xbox 360? Now’s the perfect opportunity to get rid of your old console while there’s still slight demand, as no-one is going to want it once the 720 hits the shelves.

Here are a few ways of cashing in:

On eBay you can find almost anything up for bidding, which can be an attractive option for making money quickly, but can be a competitive market. Beware of pricing your Xbox 360 too cheap or too expensive, as you’ll end up losing out. Find a happy medium before listing.

Selling through Amazon is user-friendly and secure. Customers can find some pretty good bargains on second-hand products. Great for them, but not always for the seller. Research Xbox prices beforehand, so as not to be taken for granted.

MusicMagpie offers a fair and sometimes better price for second-hand goods. Since you’re not dealing with individual buyers, you’re guaranteed a good price for your Xbox, even if it’s seen better days. And since it’s rumored that the Xbox 720 won’t play secondhand games (therefore making it more difficult to sell them), MusicMagpie will also give you cash for your unwanted Xbox 360 games too. What with free postage, or a free courier service on orders over 25 items, and receiving your money quickly and efficiently, it’s a real win-win!

Teenage Mutant Ninja Turtles: Out of the Shadows