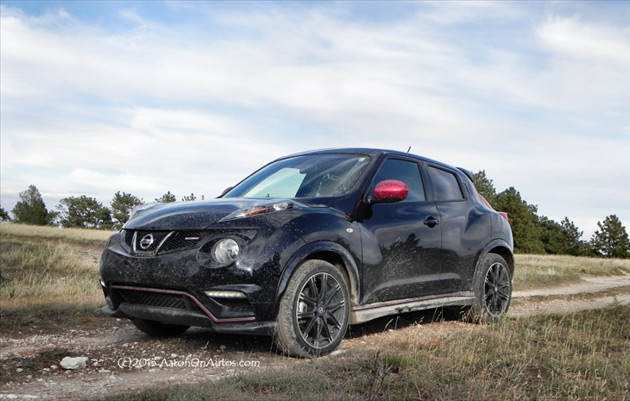 The 2013 Nissan Juke NISMO takes what was already a fun package and adds in even more fun factor to create an even funner vehicle. Did you get the idea that it’s “fun?” Can’t be over emphasized. To merely call the Juke NISMO a “blast” or “riot” or “good time” understates the point. It’s friggin fun as all get out.

Some sport vehicle buyers prefer the track versions of their cars, which Nissan accommodates with their awesome 370Z NISMO and beautiful GT-R supercar. Some of us prefer the unpaved track. We like dirt and cars that are willing to get dirty. Sort of how we like other things too, but let’s stay on subject.

Nissan tends to market the Juke NISMO as a street racing machine. When I took it on the track earlier this summer, it was fun, but not great. Compared to the GT-R, Subaru BRZ, Ford Fiesta ST, and other sports cars out there, it was tough to envision the Juke as a track-ready machine. For the past week, however, I had the 2013 Juke NISMO again, this time for a full week all on my own. I immediately took it to the dirt to see if my theory on the vehicle was correct.

Is the Nissan Juke NISMO really a dirt rally madhouse rather than the GT track sport machine it’s marketed as? 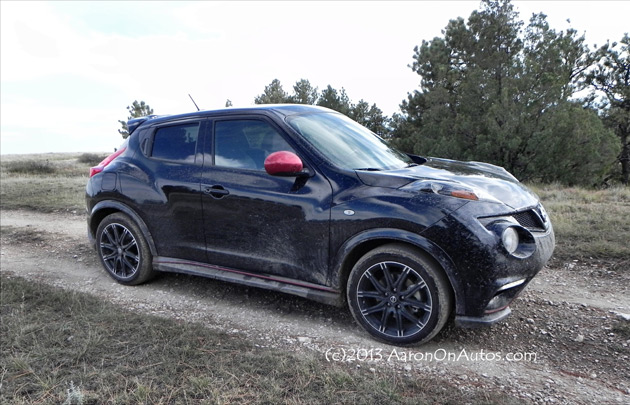 I had a hunch I was right about it being dirty and my week-long, five hundred mile, and hours in the dirt testing proved fruitful in finding the truth about the Juke NISMO. It is definitely a dirt rally track madhouse of fun.

The theory was born before the Juke NISMO came to reality. Last year, I attended an automotive event in which we had a dirt rally track and several sport utilities and crossovers to take on it. All were factory stock, all were AWD models. One of those included was the 2012 Nissan Juke. On that day, we drove those utility vehicles hard around that track and of all of those I piloted through the dust, the Juke was by far the most fun and the best performer. It’s combination of small wheelbase, light weight, and nicely-powered engine came together is a great rally package.

So when Nissan announced the Juke would be getting the NISMO treatment with tighter springs, a slightly lower stance, a horsepower increase, and better racing aerodynamics, I was excited. I really wanted to take it off-road and see what would happen when I slid it around the dirt like I had its non-NISMO counterpart.

I was not disappointed. 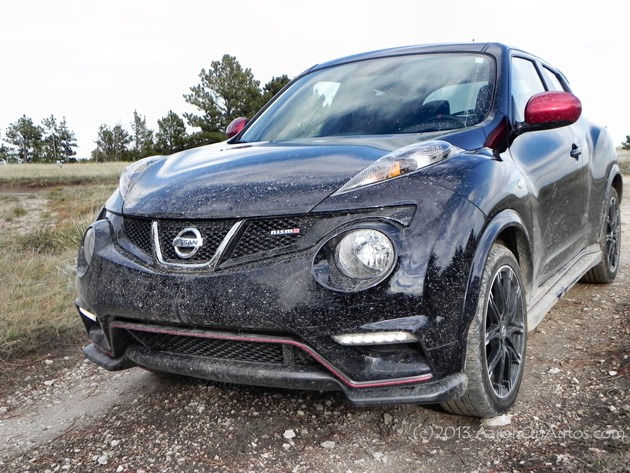 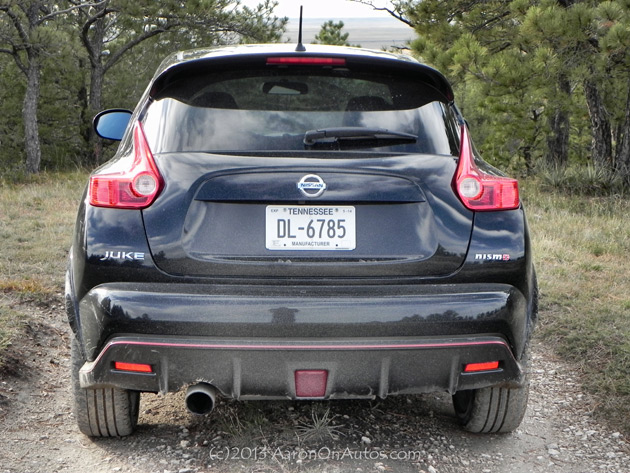 The extra nine horsepower is just enough to make up for the increased down force that the improved aerodynamics create at speed, which means the Juke NISMO keeps the impressive power:weight ratio of the standard Juke. The continuously variable transmission is, of course, very well done thanks to Nissan’s expertise in that arena. A lot of sport drivers and car enthusiasts belittle the CVT, but I am very enthusiastic for the benefits this technology gives. One of those is the ability to have multiple shifting options through the electronic programming and control a CVT can give. In the Juke NISMO, Nissan added this through its three driving modes: Normal, Sport and Eco. Sport mode mimics a six-speed transmission for better lower-end torque vectoring.

Around the dirt track, the 2013 Nissan Juke NISMO holds the floor very well, makes corners beautifully, and has just enough clearance to keep it from hitting bottom, while at the same time keeping it low to the ground to improve performance. Steering is tighter in the electric-assist programming for the NISMO upgrade and the sport buckets are the most perfect combination of “hold in place hug” and comfort I’ve ever experienced in sport seating.

Here’s video of me out in the dirt in the Juke NISMO:

All in all, the 2013 Juke NISMO is the hidden dirt rally machine that hasn’t been noticed. Its abilities and prowess on the dirt needs to be emphasized more. It’s very capable, tons of fun, and will outdo most of the small crossovers commonly used in the dust. Plus it’s versatile and fun enough to drive that it makes for a great everyday vehicle too.

Related Topics:NissanNissan Juke NISMO
Up Next