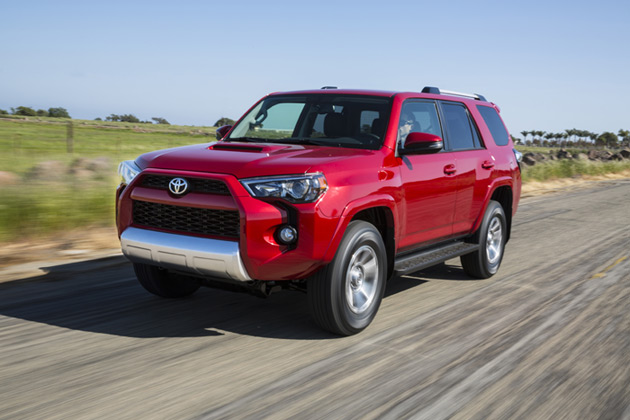 We all know that if it “looks like a duck and quacks like a duck, then it must be a duck.” Well, in the case of the 2014 Toyota 4Runner, it might look like a duck and it may even quack like one, but it ain’t a duck. Having had the opportunity to drive both the 2014 4Runner Trail and the 2014 4Runner Limited editions back-to-back for a week at a time, I learned something critical about this odd sport utility: it’s consumer-driven in its own unique way.

Most Toyota vehicles are all about the consumer, of course. The Camry is a best-seller precisely because it appeals to the widest audience possible in the midsize sedan segment. Same with the Corolla, and others. Oddly, though, this same drive has rarely been seen in the company’s truck-based vehicles. The Tacoma is only really a best-seller because it lacks heavy competition  this was proven when Nissan began a concerted marketing campaign for the Frontier, which then started eating big chunks of the Tacoma’s market share. The Tundra is its own animal with a specific core of buyers and a few generalists and no apparent plans from Toyota to do go for anything more than that. So in an odd way, the 4Runner stands alone in Toyota’s truck lineup. 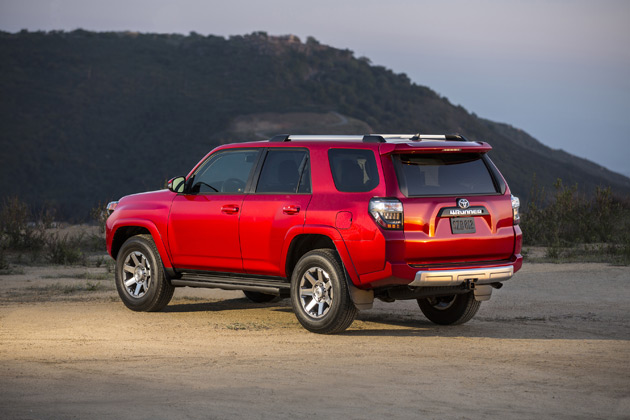 When I say it’s odd, I mean it’s odd because the 4Runner is really two vehicles, both aimed at specific markets within the overall SUV segment. Just as the luxury SUV segment splits into two divergent categories, as illustrated in the LX570 vs QX80 matchup, so does the standard SUV market. Sport utilities in this market are either focused on offroad capability or focused on family hauling. In the former group, most of the storied names in sport utes like Jeep, Rover, Xterra and 4Runner are still there. In the latter, most have either gone to the crossover market or moved into the luxury segment.

For example, most list the Nissan Xterra as a direct competitor to the Toyota 4Runner. This is only true if you’re talking about the 2014 Toyota 4Runner Trail, however, as the 4Runner Limited is not even in the same ballpark as the Xterra in terms of capability off the road. In fact, it may be that the 4Runner Limited’s primary competition is not another SUV at all, but may instead be its crossover brother the Highlander. 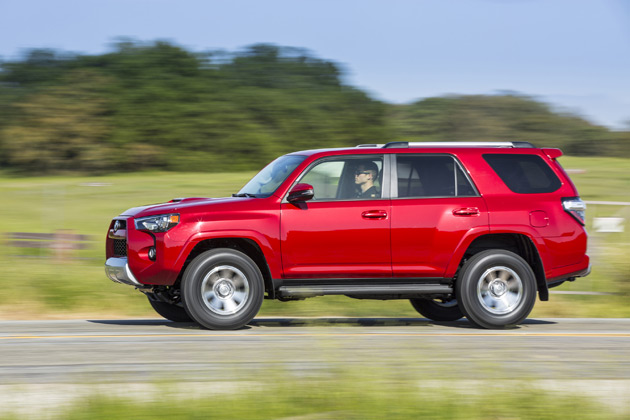 This sort of Jekyll and Hyde thing in the 4Runner is not unique to that vehicle, but is highly pronounced. So much so that the term “SUV” or “sport utility vehicle” is almost misplaced here, at least with the 2014 Toyota 4Runner Limited, but is still used in the same way a platypus is labeled a mammal despite laying eggs and looking like the love child of a duck and a beaver.

The 2014 Toyota 4Runner Trail is night-and-day from the 4Runner Limited. The Trail is basically the cheaper SR5 model (itself largely ignored, but which for our purposes is being lumped in with the Limited) with some of the best offroad options you can find in a factory vehicle.

The 2014 4Runner Trail is extremely offroad capable. It may not beat out its rivals from Nissan and Jeep, but it would make the contest pretty even and heavily contested as all three are very capable get-there machines. It does this while delivering the basics required to haul people around, some goodies aimed towards those who will take it off the beaten path (such as an optional party tray, a great stereo, and versatile outlets for plugging in coffee pots, smart phones, and heated blankets). This is a stylish, capable, wonderfully-outfitted outdoor enthusiast’s SUV. 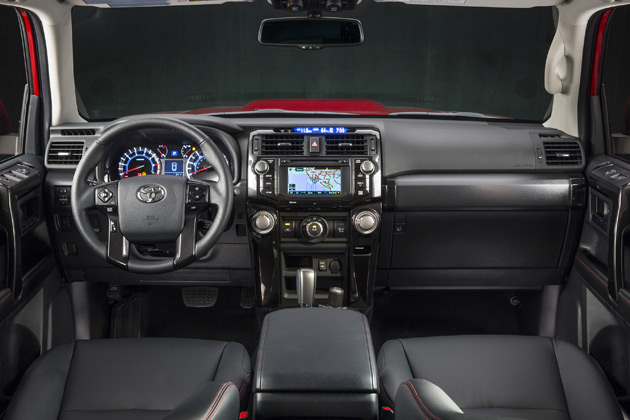 Compare that with the 2014 4Runner Limited, which has none of the offroad capability of its Trail brother, but has all of the family-friendly options the Trail lacks. It has more ergonomics for everyday use, more seating options (including a third row), better cargo space, a less aggressive front fascia, optional retractable running boards, and a lot of technology in the console that isn’t available in the Trial. It also sports more highway-friendly tires by default. It’s about as family-friendly as can be imagined.

Despite these huge differences, both 4Runner options have the same drivetrain (4.0L V6, 5-speed automatic), the same EPA specs for MPG, and are within a couple of thousand dollars in starting price. The Limited gets pricier more quickly, of course, but that’s largely because it has more available options and higher-end tech whereas the Trail’s only major option is the Kinetic Dynamic Suspension System (KDSS)  which I highly recommend if you’re a serious offroader. In real-world use, the two get roughly the same actual MPG with the Limited beating out the Trail by perhaps one MPG on the highway.

Parked side-by-side, the machines are nearly identical in looks, but comparing them makes the 4Runner Trail and the 4Runner Limited like two odd ducks from the same nest. One quacks like one, the other has a bill, but neither is the same as its sibling.

Related Topics:2014 Toyota 4RunnerToyota
Up Next