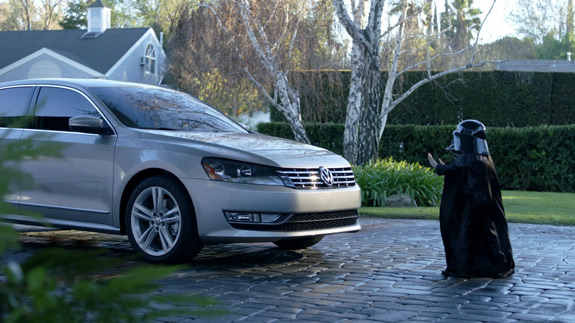 Car makers spend small fortunes every year making commercials. Whether they try to amuse you, create an impression of safety, show how tough they are, or yell so loud you won’t forget them, they’re always trying to find new advertising strategies to convince you to buy a new or used car.

Thousands of car commercials have aired over the years. Which ones were the very best? The funniest? The most effective? Here are some of my favorites:

This spot comically drives the name of the brand home while mocking it’s competitors. A funny and effective car commercial, especially considering it came out three years ago and Hyundai is now one of the more popular cars on the road.

This awesome and seemingly realistic spot highlights the incredible braking power of a Ford 150’s as a C-123 cargo plane lands, drops the truck off while still connected to a heavy-duty chain and is pulled to a stop by the truck. The toughness and coolness is front and center here. Even though the commercial is about safety, it appeals to both concerns equally.

You’ve undoubtedly seen the Rube Goldberg-inspired commercial that runs two minutes in full. It follows a number of different mechanical parts colliding in different ways to ultimately start a Honda. The amount of ingenuity involved with making the spot puts it at the top of our list. Even if you have seen it a hundred times, it’s easy to watch over and over again.

Volkswagon’s “The Force” ad stands out perhaps more than any of it’s other memorable commercials. It’s cute and touching, as it follows a kid dressed as Darth Vader who is trying to move things with his mind. He has no success, until he tries it on his Dad’s new VW. His father makes him believe he has started the car, through a cool new option on the 2012 Passat. If you can tug at heart strings and somehow include Star Wars, you’ve probably got a winner.

When this spot premiered during the Super Bowl in 2011, America was coming through a serious economic crisis and the American auto industry was in the toilet. The hardest hit city was undoubtedly Detroit, Michigan who many people were writing off as a ghost town. This emotional spot was the first of many delivered by Chrysler, which had recently received a bailout and would be making a comeback. But at the time, the beautiful cinematography, the hip-hop track and Eminem’s appearance felt like a rallying cry to many.

BMW’s “Ticker” was a little more than a commercial for BMW. It was an incredible short film which was part of the series known as “The Hire” starring Clive Owen, Madonna, Don Cheadle and Ray Liotta and directed by top notch drama director Joe Carnahan. This short permanently instills the notion that few, if any, automobiles out there are better than BMW.

Driving late at night, VW Cabriolet top down, with the one you love while Nick Drake’s “Pink Moon” plays in the background is truly magical.

Related Topics:car commercials
Up Next

The 2013 Toyota RAV4 Sports Both Value And Style