Titanfall was reviewed for the Xbox One using retail code provided by Microsoft.

Titanfall defines next-generation gaming for the FPS genre. When I was part of the Beta test a few weeks ago, I immediately became addicted to what Titanfall had to offer. This was the first time I had felt anything new or exciting in a FPS game since Gears of War and its innovative cover system.

I spent an extensive amount of time looking at the basics of Titanfall for our beta coverage. You can read that here to catch up. For this review I am going to be focusing mainly on the changes and additions that the main game adds over the beta experience.

From the moment I turned on the full game, it was abundantly clear the Titanfall had taken the enjoyment I experienced during the beta and expanded it into a fully realized game. 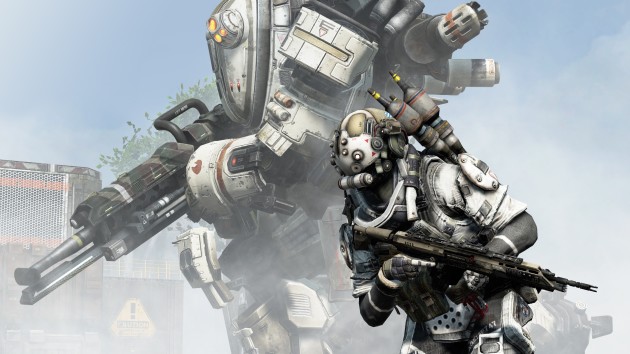 One of the key aspects of this experience is the lack of a true single-player campaign experience. Rather than waste time and money on a dedicated campaign like Call of Duty or Battlefield offer, Titanfall weaves its story into the standard multi-player game.

You choose a side for your conflict, IMC or Militia, and then you partake in a series of 9 online multiplayer battles that have scripted events at points in the match. This not only makes the story feel like a natural extension of the game, it freed up resources that were dedicated to the main experience of the game. 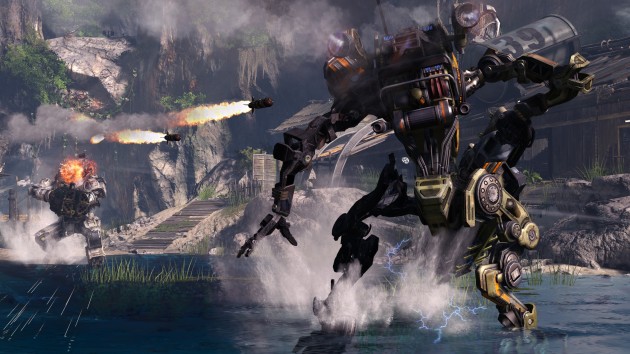 As an added bonus of sorts, your team doesn’t have to win the match for you to progress in the story. Much like a real battle, you are given objectives and an explanation of those objectives; then you are sent into the field. If you win, congratulations. If your team loses, you attempt to retreat and start formulating a plan for the next battle.

The story serves as a great introduction to the game, it provides context for the conflict in which you are participating and it eases players into the multiple play styles and modes available. 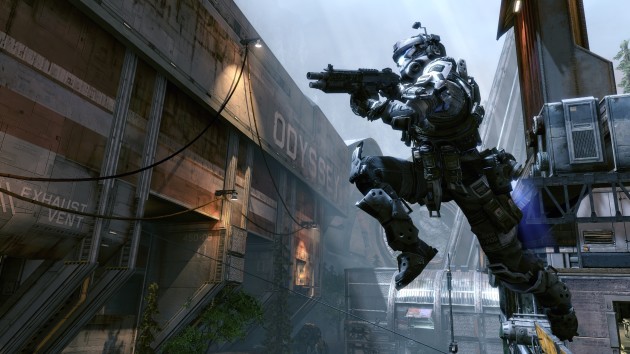 If you think the single player campaign sounds like something you want to skip, think again. Completing the campaign unlocks a new titan; one for each faction. Sadly, there are only three titans in the game currently – Atlas, Ogre and Stryder. The Atlas is the standard titan; it is well rounded in regards to speed and armor. The Ogre is a lumbering tank with reduced speed and increased armor. The Stryder plays the foil of the Ogre by cutting armor to increase movement speed and agility.

The three titans are useful in various ways based on game mode and weapon selection. I highly suggest experimenting with each one to really find what suits your play style the best. 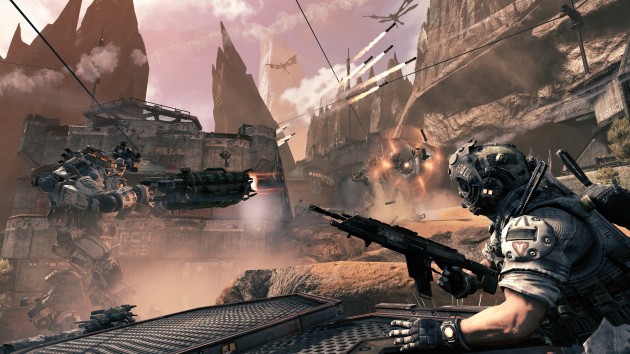 One of the better additions to the game since the beta is the map selection. There are currently 15 maps with more coming later in DLC packs. The maps are all well designed, spacious and encourage interesting traversal tactics.

The quick and agile movement that Titanfall hinges on so heavily also gets an extra boost from the beta to the main game via zip lines. Scattered around the maps are zip lines that can be grabbed from any angle, even in mid-air. They provide quick one-way travel from point A to point B, and since you can drop from a line at any time, they don’t encourage players to camp at zip-line exit points. 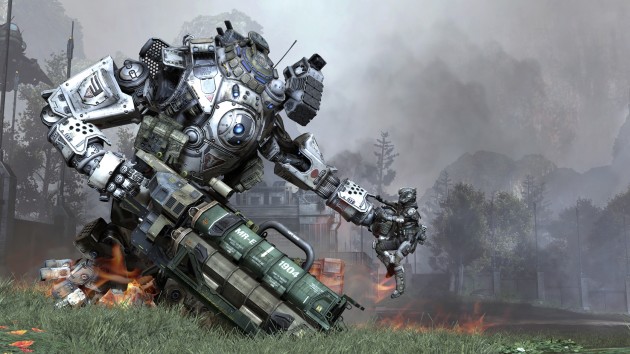 I love my Xbox One for many reasons, but except for Forza Motorsports 5, it didn’t feel like a major edition to my entertainment life. That all changed with Titanfall. It helps to define what I expect from a next-generation game in terms of design, fluidity and innovation. If you own an Xbox One, you must pick up Titanfall. If you are a PC gamer, you can also grab a copy for Windows, but the less-twitchy nature of the gameplay makes it well suited for the Xbox One gamepad. Titanfall will be releasing in a few weeks for Xbox 360, but I have no knowledge how the older system will impact gameplay or design.

Pros: Fun, energetic and fresh. No other game feels or plays quite like it.