Thief is a fun and unique experience that feel spoiled by a lack of direction.

From the moment the game starts you are placed in control of Garrett, a master thief; a man who is never seen or heard. Sadly, that persona goes away quickly as the game forces you into fast-paced action scenes that feel out of place and really disrupt the flow of the game. 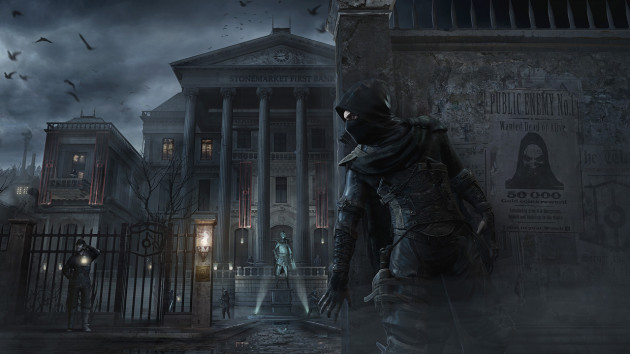 Thankfully, these moments are few and they leave you with the core of Thief, which is actually pretty damned good.

We are testing a PC copy of the game on the current Guys Gab Test PC; the Moebuilt Mk I. While the game is available for Xbox 360, PS3, PS4 and Xbox One as well, we decided to go for the PC version for the maximum level of visual goodness.

The basics of Thief are pretty straightforward. Most missions involve infiltrating an area, avoiding detection to reach an item of importance, and then slinking away again. It is a simple formula, but one that works well for the feel and style of the game.

Each level is well designed and full of trinkets for Garrett to pocket, which is something you want to do as it provides the currency for the in-game leveling system. Very few of the upgrades felt necessary for game completion, but some of the equipment does help open up new paths that let you complete missions in new and interesting ways. 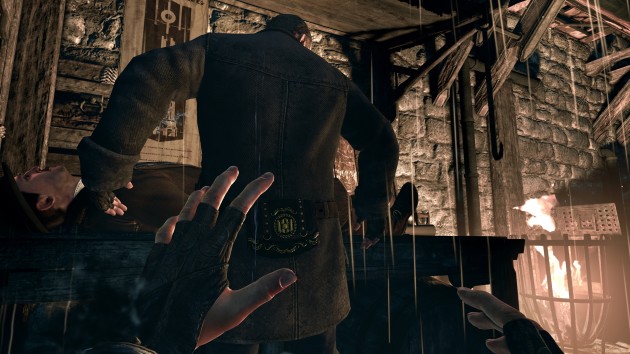 Much of Thief is built on an idea of freedom. In the main hub world you can climb, crawl and lock pick your way through the city in almost any way you seem fit. There are dozens of pathways to get from one end of town to the other, and each has its own unique quirks and challenges. The city itself is not nearly as large or expansive as I might have hoped, but thanks to a large collection of enterable buildings, I never really tired of it.

Once you leave the main city for one of the mission levels things close up and you are left with fewer options. The path you need to take never feels 100-percent linear, but the available travel options are severely limited in comparison to The City. 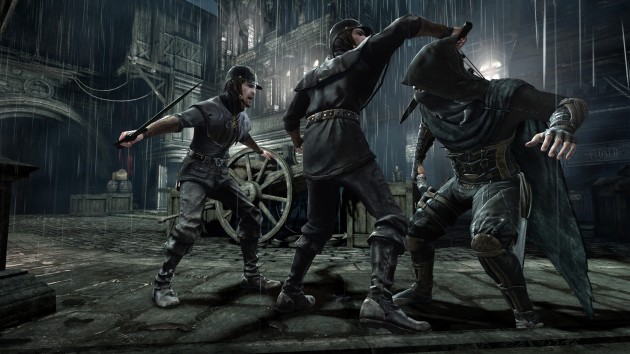 Sadly, these missions are also where you are forced into non-stealth sequences. I don’t want to spoil any of the (mediocre) story, but there is more than one instance where you are stuck dealing with a Michael Bay style explosion. This juxtaposition does create tension for the player, but it still feels like it has been added purely to please fans of modern first-person perspective games at the cost of the overall experience.

If there is an upside to the random action sequences it has to be that it allows Thief to flex its graphical muscles. The game is built on a modified version of Unreal 3, the engine that powers games like Gears of War, Bioshock Infinite and the Batman Arkham series of games. With our current hardware, we were able to push the graphical settings to their maximum levels at a 1080p resolution. The game kept acceptable frame rates through all but the most demanding scenes. You could drop one or two settings to keep the frame rate up, and you would still equal the Xbox One and PS4. 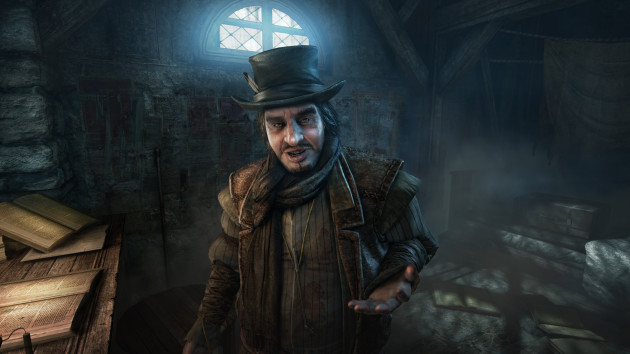 Thief left me with a strange overall impression. It was a weird mix of Assassin’s Creed style maneuvering with a level design that felt much like Dishonored wrapped in a strange and poorly written story. Despite this mix of rehashed mechanics and middling plot, I still found myself drawn to Thief. Maybe I just desire a true stealth game, or maybe the character of Garrett is what drew me in, but I wasn’t able to stop playing Thief. I have completed the game twice now, and I feel like I want to give it another go.

Thief has a few major problems, but as new player to the franchise, I am hooked and I can’t wait to spend more time with Garrett.

Thief was reviewed using a PC retail copy purchased by the reviewer.