Titanfall is more than a fun game. Titanfall is a creation that will forever alter gaming. It singlehandedly is going to change the entire genre of multiplayer shooters.

It makes sense though. Respawn was formed from the same group of people that created the last major shift in FPS gaming, Call of Duty: Modern Warfare.

When Modern Warfare hit the market it catapulted the multiplayer FPS game into the spotlight. Almost overnight, gaming over the internet became the norm. Millions of players of all age groups, genders and occupations would collect on EA’s servers to do battle. 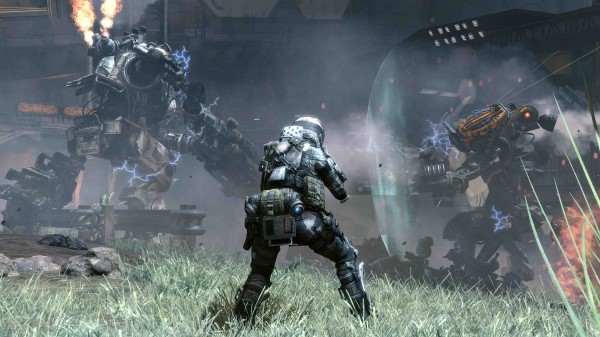 Now the same shift is going to happen again with Titanfall. I personally never jumped on the CoD bandwagon. I prefer to spend my time in story driven single-player modes, avoiding the online play almost entirely. That said, I have spent nearly every waking moment the last few days playing the Titanfall Beta. It is that good.

Rather than build on tired old shooter tropes, Titanfall culls interesting mechanics from other games to create a unique experience. There are pieces of RPG level grinding, and there are collection mechanics similar to card games. Of course these features are so seamlessly integrated that until you stop to actually look for them, you would never realize they are there. It’s utterly amazing.

Titanfall also rewrites the book on battlefield interactions. Many people have derided the fact that Battlefield 4 has 64 player battles and Titanfall is only 6v6, but the way Respawn Entertainment builds the battles makes each one far more engaging than anything I have yet played in BF4. (Spoiler alert: BF4 review coming soon!) The battles may only have 12 human controlled players at any time, but Titanfall throws a mix of AI characters into battle along with the titans to fill out the matches. 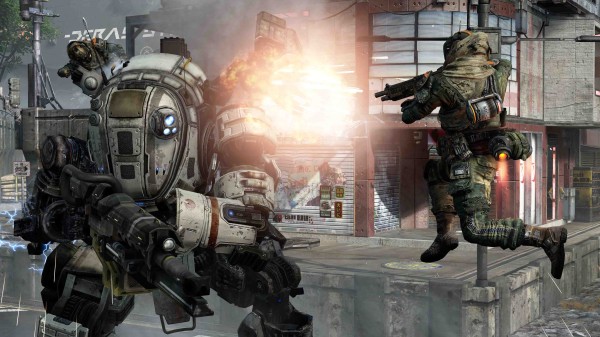 The AI players are little more than bullet fodder, but they keep the action tense and fill the map with characters that are going to constantly challenge you and your position. Gone are the days of wandering aimlessly for 5 minutes trying to find a player only to be sniped in the back by someone hiding in a building. It completely discourages the act of camping.

That brings me to the next groundbreaking adjustment Titanfall brings to FPS games; Movement. In everything the game does, Titanfall forces players to constantly be moving. There is no cover, strafe, fire, strafe tactic that will work well. Each player is given the ability to cloak, wall run and double jump. The levels are built around the idea of verticality. You can scale the side of a building in seconds using a combination of acrobatic moves that feel visceral, athletic and satisfying. When you can climb the side of a building, cloak and then assassinate anyone hiding inside, it makes you second think your old tactics.

Of course, there are also the Titans. The large mech suits that the game derives its name from. Unlike slow rambling tanks of older games, the titans in Titanfall are nearly as quick and deadly as the foot soldiers that pilot them. Once you are given the ability to summon your titan to the battlefield, you can climb inside it from any direction, even mid-jump – I told you, this games focuses on speed and movement. Once inside, your power is increased exponentially, and you sacrifice almost no speed. Yes the standard players are faster on foot than a titan, but the titans posses the ability to dash rapidly in any direction, allowing them to dodge enemy weapons, or close the distance to a second titan for a crushing melee blow.

You don’t actually have to pilot your titan for it to be deadly though. One of the other features of the titans is a set AI program of their own. Once you summon your titan, you can command it to guard a position, or follow you around like the world’s most bad ass body guard. When you come running down the battlefield with a 20-foot robot charging behind you, it gets peoples attention. 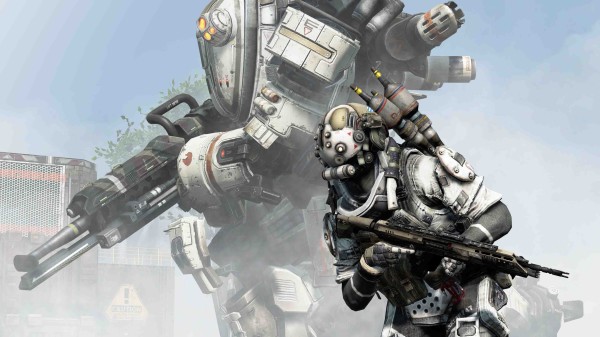 I found this to actually be more effective than piloting my titan directly. Most players tend to focus on the titan, leaving them open for your ground attacks. Yes there may only be 12 human players on the map at one time, but when they each can have a titan you have 24 deadly weapons doing battle. Then there are the myriad AI grunts creating chaos. Its marvelous.

Even the ends of matches are fun and interesting. When the match ends you aren’t instantly shunted to some score screen. Instead there is an Epilogue to every battle. The losing team is notified that there is a dropship on the way to extract them. As a player you have to survive long enough to get to the dropship and escape, saving a bit of dignity and scoring some extra experience in the process. If you are on the winning team, your job becomes systematically hunting the players of the losing team and preventing their escape. The game even allows the dropship to be destroyed, providing a very satisfying end to a hard fought match.

From the fast paced, vertical action you experience as a pilot, to the thundering rocket-filled chaos that is a titan battle, Titanfall is fresh and exciting like no shooter has felt for years. If you were looking for a reason to buy an Xbox One, this is it.

Titanfall goes on sale March, 11 2014 for Xbox One and PC. Expect a full review to follow.

This preview was accomplished with Beta code provided by Microsoft. 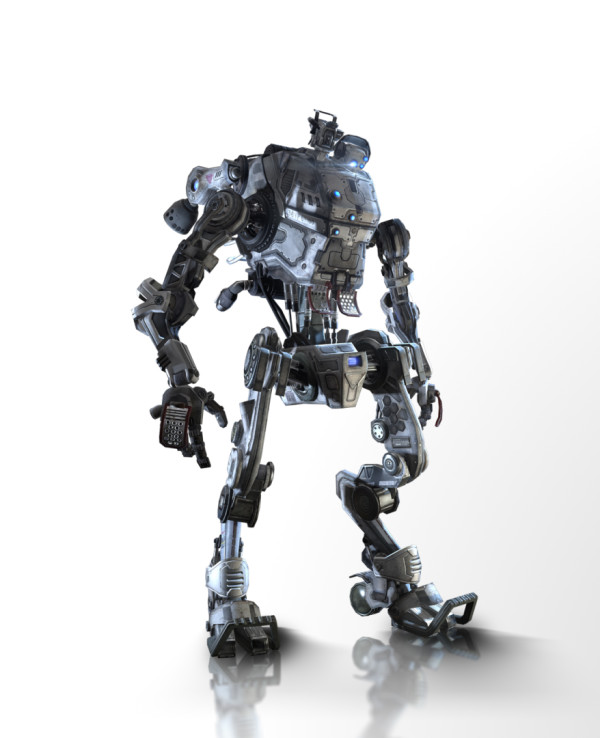 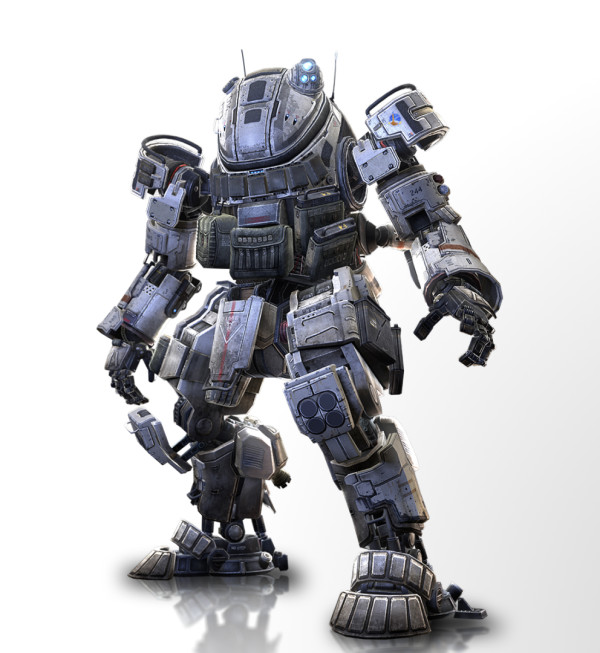 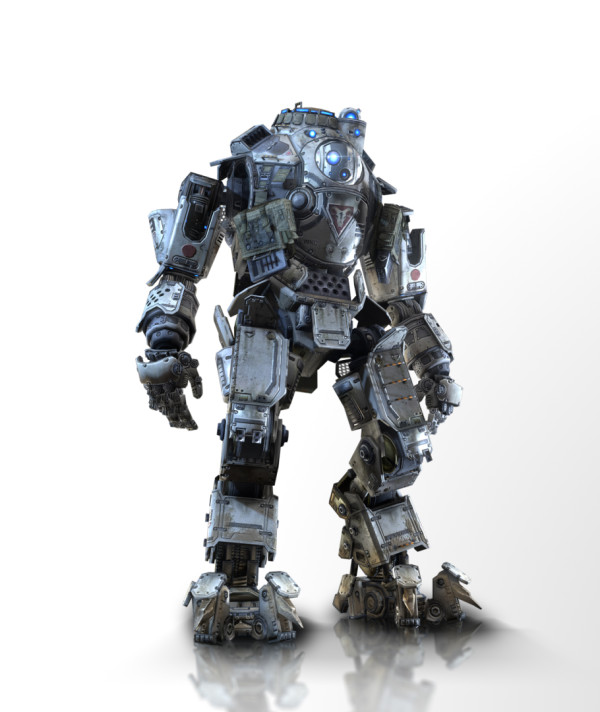 Feenix Unveils The Aria, A Studio Quality Headset for Gamers