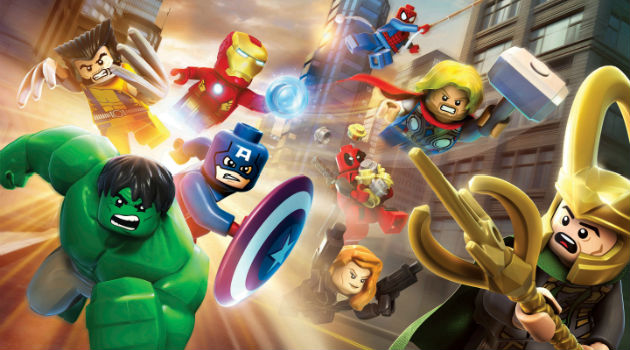 The Lego games have become one of the best-selling and most fun ways to spend time on a console in recent memory. What started as a quirky Star Wars game nearly a decade ago has blossomed into a massive franchise with dozens of games and licensed properties.

After Star Wars came Indiana Jones, Lord of the Rings, and Batman and DC Comics. DC couldn’t have all the fun, so now Marvel has jumped on the wagon and we have a new Lego game to enjoy: Lego Marvel Superheroes. 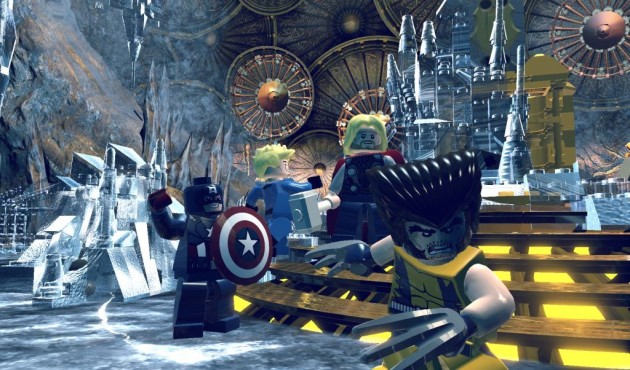 If you saw the Avengers movie, you have a solid idea of a large portion of this game’s main characters. In the very first level you start out as Iron Man and the Hulk. Soon into the level though things start to branch out and bring in other Marvel characters from Spiderman to the Fantastic Four. Of course a large portion of the X-Men are included as well.

True to the legacy created by TT Games, Lego Marvel Superheroes combines the rich history and lore of its source material with pop culture and childish humor. The result is a game that is enjoyable for everyone. If you are a longtime fan of the Marvel universe there are going to be hundreds of small moments and inside jokes that make you laugh, but if you are new to the series nothing feels out of place or awkward. It’s a fine line to tread, and TT Games has done a very commendable job. 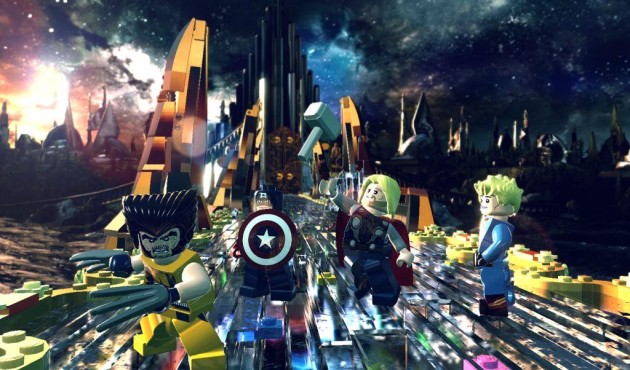 The actual gameplay itself is fun, but I feel that the sheer scope and ambition of the game has caused some issues. While every new Lego game has added more characters and more abilities, I feel like Marvel Superheroes has finally hit that tipping point of “too much.” some characters abilities respond strangely, and trying to remember what characters do what over the course of the game is very difficult. There are switches that only “smart” characters can operate, and then there are claw switches which need a character like Wolverine, and there are stealth gates that need cloaking characters, or you need a flying character, or you need a large character, or, or, or, or. The list of abilities and attributes has expanded so far that I see no way that a traditional 10 year old child could ever handle it.

While the size and scope of character abilities can be daunting, the size and scope of the world that has been built for you is incredible. Between missions, TT Games has given you the ability to run amok through New York City itself. Rather than the tiny enclosed areas like the home of Indiana Jones, or the Mos Eisley cantina from Star Wars, your intermission area is Manhattan. It is almost like they created a miniature version of a Lego Grand Theft Auto. You can go almost anywhere, and do nearly anything. The city is populated with NPCs, traffic, missions, collectibles, Easter eggs and more. I spent more time exploring the city than I did playing most of the missions. It becomes especially fun when you have a character like Iron Man who can fly. Blasting between the buildings at high speed is a new level of fun. 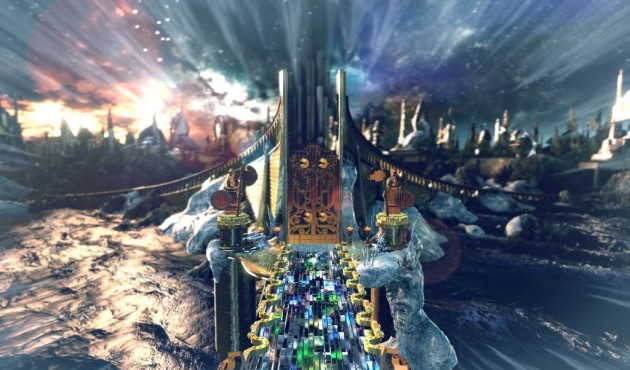 The game does have its faults. I ran into multiple minor bugs along my play through that feel unnecessary as they plagued earlier releases as well. The standard Lego game problems of stuck NPCs, glitching through floors and uncompletable objectives have returned. Thankfully the checkpoint system is very generous in Marvel, so reloading to unstuck a character rarely costs you an exorbitant amount of time, it still feels like a problem that should have been resolved in the era of the Xbox One.

But none of what I said previously actually matters that much in my mind. TO me, Lego Marvel is worth every penny I paid for it simply because it includes a couch co-op mode. The era of sitting down with a friend to play a game on the same TV may be dying, but it shouldn’t. I understand the appeal of online gaming, but nothing can beat three of my friends, some pizza and split screen multiplayer. 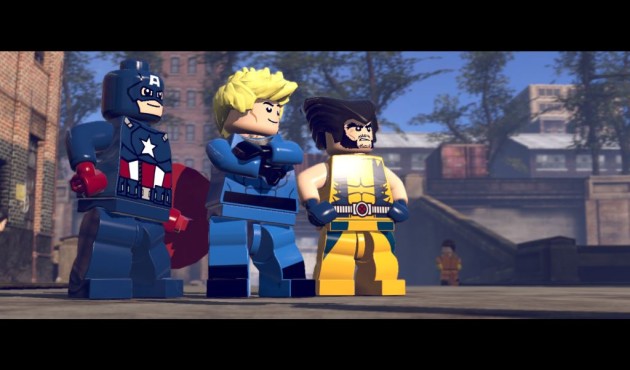 My family sat around the TV and swapped controllers for the better part of 6 hours the day I brought Marvel home. That one day was enough to justify my purchase.

Overall I was incredibly pleased with the game, and I don’t regret my purchase. It has provided me and my family with hours and hours of fun, and it reinforced my love of the Lego franchise even more.

Bad: A bit buggy, too many special abilities to keep track of.

This review was completed on an Xbox One console using a retail copy of the game purchased by the reviewer.