Sunset Overdrive is the latest game from Insomniac Studios, the group that brought the world Ratchet and Clank. Much like those classic games, Sunset Overdrive is full of exciting and over-the-top action, massive and interesting weapons, strange humor and odd characters. The real question is does this new exclusive for the Xbox One simply retread old ground, or has Insomniac managed to create a game that is unique and fun its own right?

From the moment you turn Sunset Overdrive on, the roots of the studio that created it are apparent. Your character is a complete smart ass, and there are giant, awkward mutants that are goosing orange goop and exploding everywhere. In a fun change of pace from games of the modern era, your character is completely customizable. You can choose gender, lots of wild hairstyles, facial hair, clothes, tattoos and more. And then you get to the weapons. The first weapon you get handed, which is within about 3 minutes of turning on the game is a gun that is shaped like a dick, and it shoots flames. They call it the Flaming Compensator. 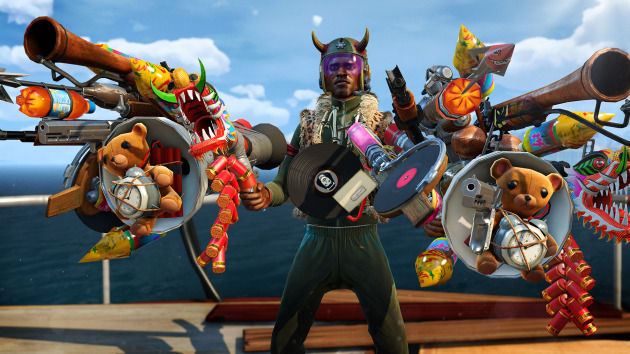 The premise of the game is simple. A giant corporation is having a huge party to celebrate the launch of its new energy drink, Overcharge. This party is the first and only place to try out the new beverage, and there are lots of people giving it a try. Unfortunately, the drink is contaminated and everyone who drinks it turns into a creepy, oozing mutant that is addicted to the orange liquid. Now you just need to survive. That’s it. It is you and a few other survivors against a horde of Overdrive Drinkers; shortened to OD for ease of reference. There are a few random collections of rogue human bandits and such, but there is little else to the game on the surface.

Despite it’s shallow covering, there’s a lot to love. If there is anything Sunset Overdrive was created to do, it’s to beat you over the head with fun. At first, this actually frustrated me. The game starts by throwing strange weapons at you like a gun that shoots vinyl records, then it immediately tries to force you to use an odd form of world traversal that feels like it was pulled straight from a Tony Hawk game. Everywhere you go, the game wants you to grind rails, wall-run, bounce off parked cars and more. It was disorienting and gave the start of the game a massive learning curve. 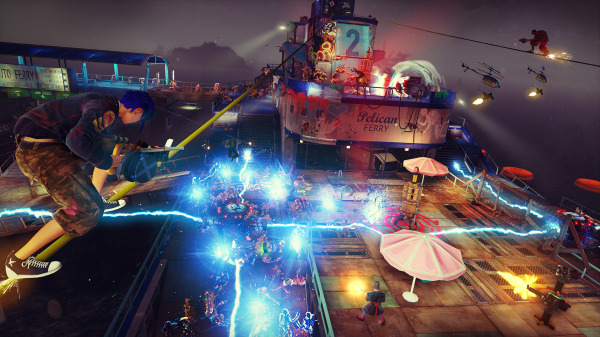 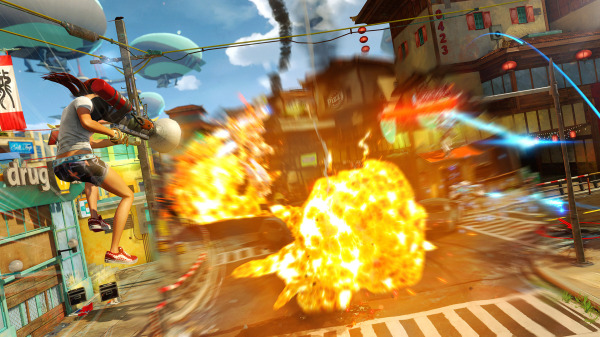 But then everything clicks.

About an hour into the game I started to get the groove of the motion, the guns, the various enemies and how best to hurt them and more. The guns became more exciting, the movement became more fun and fluid, and I changed from a bumbling idiot with exploding teddy bears into a sliding, grinding killing machine of carnage.

Holy shit was it awesome. 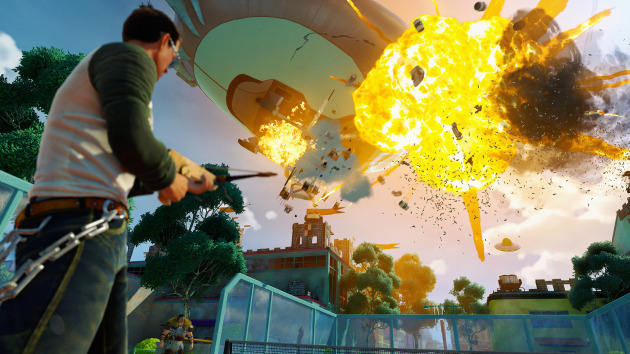 That single thought drove my every experience in the game. Every gun you get, every boss you fight, every crazy stunt the game asks you to perform. They all made me stop and giggle. Even the other NPCs you encounter in the game are great. There is a troop of samurai warrior boy scouts, a wild and seemingly eternally stoned mad scientist, and angry old father figure, a gun-toting crazy redneck who tries to make reality television and more. Each one is given an over-the-top personality and equally outlandish script that could have easily made the game terrible, but Insomniac was able to walk that fine line to keep them entertaining and never annoying.

I will agree that several of the games moments can be a bit cliché, but Insomniac has done what it can to alter those moments enough to make them feel as fresh as possible. Some of the various weapons are also less interesting and exciting compared to a few of the standouts, but again this is a minor complaint over the course of what was an altogether solid play experience. 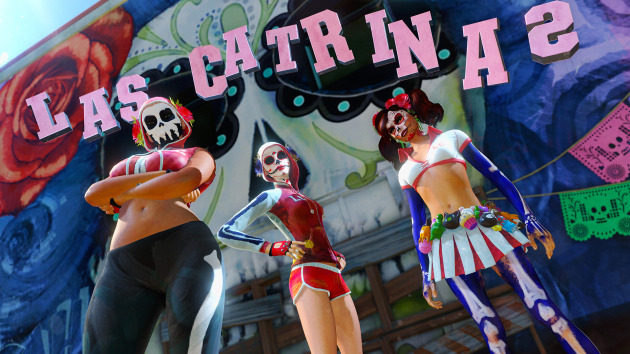 I already mentioned that the game is focused purely on fun over any other experience, and this can be best exemplified in some of the climbing missions. In Overdrive, you can leap from ANY height in the game and land without dying. This gives you the freedom to explore the traversal system without fear of accidentally ruining your progress with a death. That said, if your mission is to climb to the top of a very tall building and you fall off 3 floors from the top, suddenly you are magically saved a portal and teleported to wear you fell from. It’s a brilliant use of a checkpoint mechanic.

Sunset Overdrive offers a lot to players, and only asks for a little in return. If you can make it past the goofy characters, and steep beginning learning curve, you are in for one hell of a fun ride that will very likely exceed any expectation you had going in. 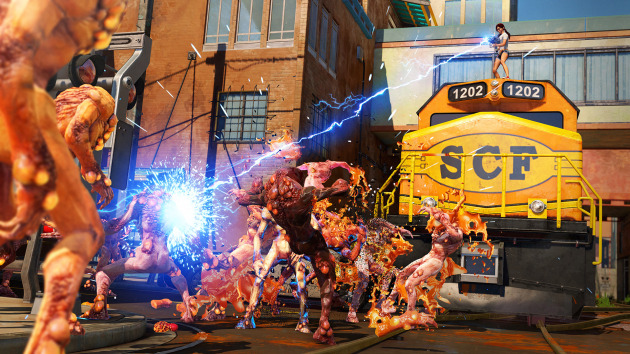 Want to see even more pics from the game? Then check out our Sunset Overdrive photo gallery here: 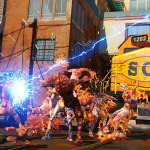 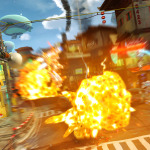 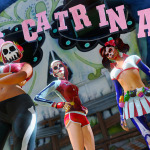 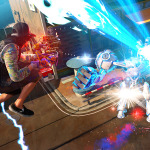 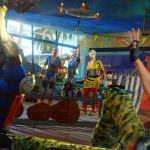 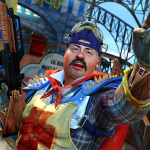 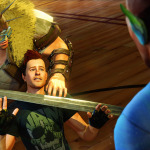 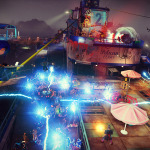 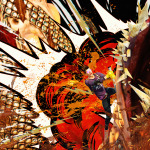 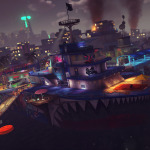 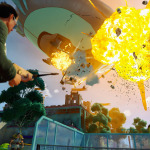 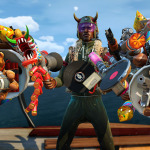