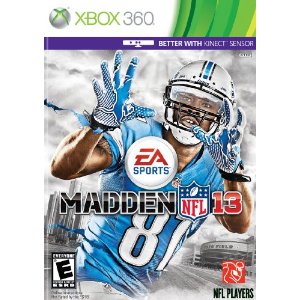 Football fans and video-game junkies everywhere are rejoicing, for Madden NFL 13 has finally arrived! This year’s edition has gotten some amazing reviews, and for good reason!

Madden 13 delivers a more engrossing, complete and realistic gridiron experience than any game before it. Key game features include: presentation reminiscent of national television broadcasts, gameplay improvements such as a new pass-ready system, improved play action, and the all-new read and react defensive AI system, optional Kinect sensor support, Madden social/play functionality, multiplayer support online and offline, and the ability to build the ultimate franchise as a coach, an NFL superstar, or yourself.

Just look at the trailer for the game:

Ridiculous, right?! Here are some of the new features that make Madden NFL 13 so special:

Gameplay
With a completely redesigned passing game including new a new pass-ready system and improved play action, and the all-new read and react defensive AI system that features the most intelligent pass defense to date, Madden NFL 13 achieves greater realism on the virtual gridiron on both sides of the ball.

Connected Careers
Live the NFL dream—whenever you want, wherever you want in a fully interactive, social, and connected online experience. Create your personal legacy or relive an all-time legend’s as you build the ultimate franchise as a coach, an NFL superstar, or yourself. Manage your team from your console, the web, or mobile phone in a 24/7 world as NFL insiders and experts analyze, praise, and criticize every move along the way.

XBOX 360 Kinect
Control the line of scrimmage using just your voice. Both on defense and offense, Kinect on Xbox 360 gives you full control over all you pre-snap adjustments, audibles, and personnel, immersing you into the NFL like never before!

Madden Social
Madden NFL Social for Facebook brings a whole new way to enjoy Madden NFL Football from the comfort of your computer, laptop and tablet. No need for a TV, a console system, or even a lot of time. Play for a minute or play for hours, it’s up to you. And when you’re away from the computer, you can even transfer the entire, complete game to your iPhone iOS if you’d like to play on the go.

You can check out some screenshots from Madden NFL 13 below: 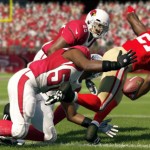 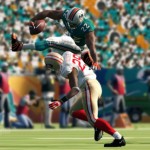 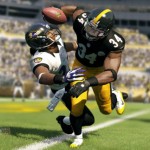 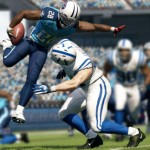 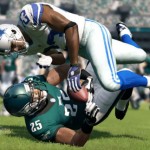 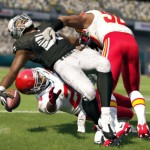 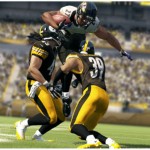 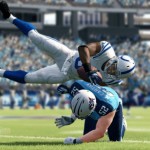 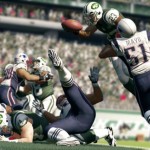 Madden NFL 13 is available for the Xbox 360, PlayStation 3, Nintendo Wii, and PS Vita.

Related Topics:Madden 13Madden NFL 13
Up Next

Dale Earnhardt Jr. Featured On Cover Of “NASCAR The Game: Inside Line”