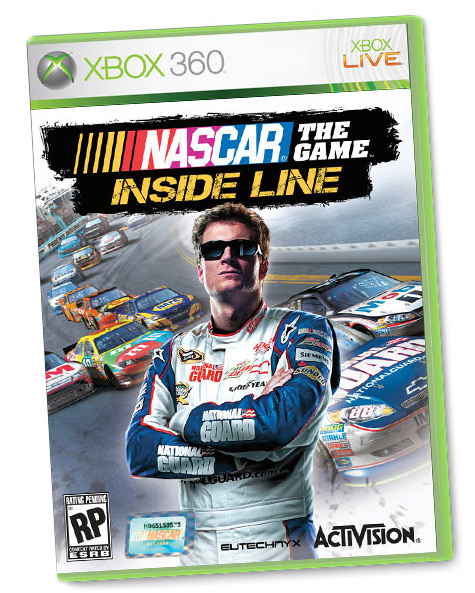 NASCAR fans have spoken, and Dale Earnhardt Jr. narrowly defeated Kasey Kahne in the final round of voting in the “Drive for the Cover” campaign. Earnhardt, nine-time most popular driver, will adorn the cover of the upcoming NASCAR The Game: Inside Line video game, scheduled to be released on November 6th.

“We are excited for Dale Earnhardt Jr. to be featured on the cover of the new NASCAR The Game: Inside Line,” said Blake Davidson, NASCAR vice president of licensing & consumer products. “For a campaign that was driven entirely through social media, the more than 775,000 votes cast in the “Drive for the Cover” campaign is a testament to the impact that the NASCAR industry and its fans have across these platforms.”

Activision and Eutechnyx will bring the true NASCAR experience to consoles on November 6th. NASCAR The Game: Inside Line will allow players to race with the top NASCAR Sprint Cup Series drivers, teams and cars, as well as feature all 23 officially licensed NASCAR Sprint Cup Series race tracks. NASCAR The Game: Inside Line will be available for the Xbox 360, PlayStation 3, and Nintendo Wii.

The game looks awesome, I can’t wait to get our hands on it!

Related Topics:Dale Earnhardt Jr.NASCAR The Game: Inside Line
Up Next

Who Else Is Playing Madden NFL 13 Today?