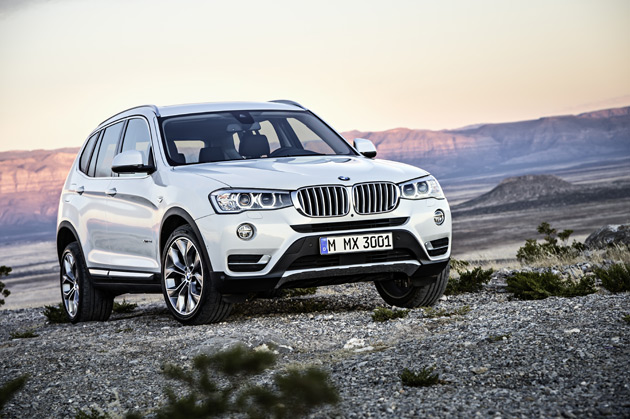 BMW has sold over a million X3’s since it’s introduction in 2003, and now the Bavarian auto maker is getting ready to unveil the new 2015 BMW X3 at the Chicago Auto Show this week. And judging by these photos, I think BMW’s got a real winner on their hands!

Marking the SUV’s first major revision since the second-generation X3 was introduced in 2010, the 2015 X3 enjoys revised exterior styling, an upgraded interior, a new diesel engine option, and a RWD variant for those living in more favorable climates. 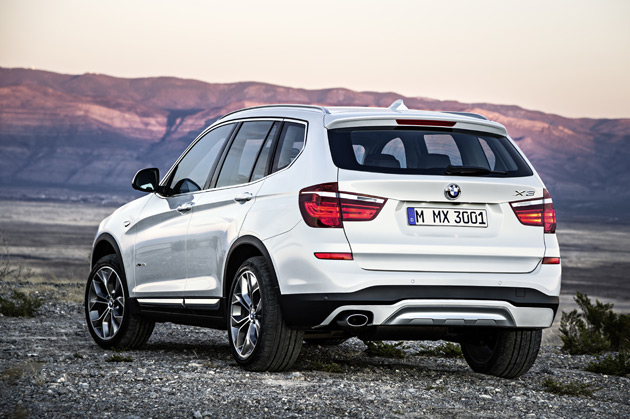 The X3 gets some handsome exterior upgrades. The twin-circular headlights now extend to touch the slightly widened, chrome kidney grille, resembling those on BMW’s latest 3 and 4 Series models. (LED headlights are now optional, as well) The front bumper gets reshaped brake cooling ducts, and the rear bumper gets a touch of additional metal trim at the bottom. BMW has also added new side-view mirrors with integrated turn signals. 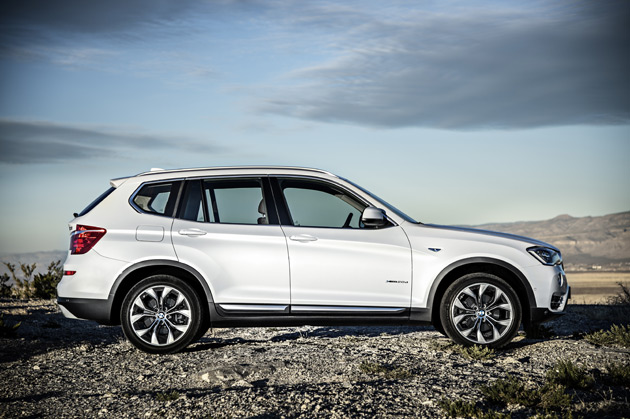 For those looking for a little extra bling, the 2015 X3 can be optioned with xLine and M Sport trim packages. The xLine adds extras like metallic bumper inserts, satin aluminum side cladding and a choice of unique 19-inch wheels, while the M Sport package provides upgrades that include an M aerodynamic package, a choice of six paint colors, 19- or 20-inch sport wheels, and upgraded sport steering and suspension settings tuned to deliver even sharper dynamic performance.

For the first time, buyers can opt for a rear-wheel drive X3, the sDrive28i. As with its xDrive28i all-wheel drive counterpart, the sDrive28i is motivated by a 240 horsepower, 260 lb-ft of torque version of BMW’s TwinPower 2.0L four-cylinder. BMW say the rear-drive X3 can accelerate from 0-60 in a quick 6.2 seconds, the same as the all-wheel drive version. Pricing for this model starts at $39,325. 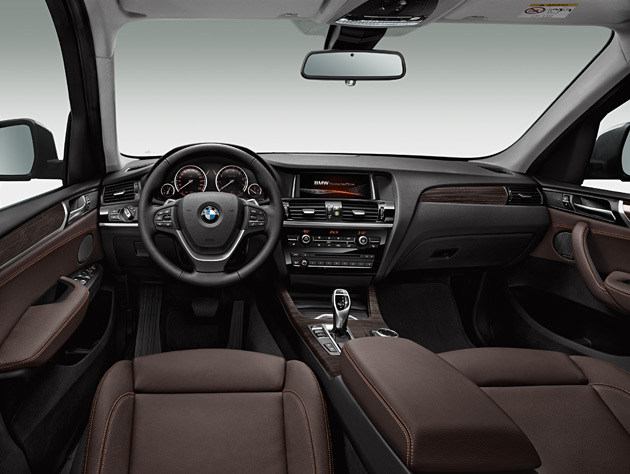 But perhaps the biggest news for the X3 is the new xDrive28d version with BMW’s 2.0-liter turbocharged diesel four-cylinder engine, pumping out 180 horsepower and 280 pound-feet of torque, and mated to an eight-speed automatic transmission. BMW claims that it will hit 60 miles per hour in just under eight seconds. Pricing for this model starts at $42,825.

The 2015 X3s will begin hitting showrooms this spring.

Related Topics:2015 BMW X3BMWSUV
Up Next