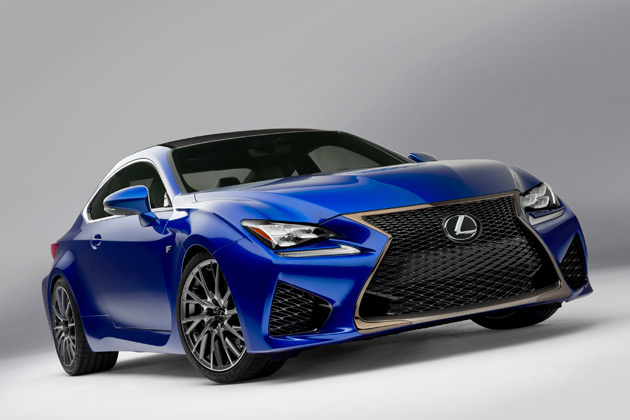 The 2015 Lexus RC F Coupe wasn’t supposed to be unveiled until the 2014 Detroit Auto Show next week, but after some photos of the RC F surfaced this morning, Lexus decided to let the cat out the bag. MEOW!

Giving new meaning to “back to the grind,” the daily commute is now transformed into a day at the track with the all-new Lexus RC F. The RC F coupe is styled to support the most powerful V8 performance car ever developed by Lexus.

Based on the spectacular all-new Lexus RC coupe that was recently revealed at the Tokyo Motor Show, the RC F has wider wheels and tires, an active rear wing, air scoops, cooling ducts and available carbon fiber components, each delivering uncompromising grit to the driving experience. 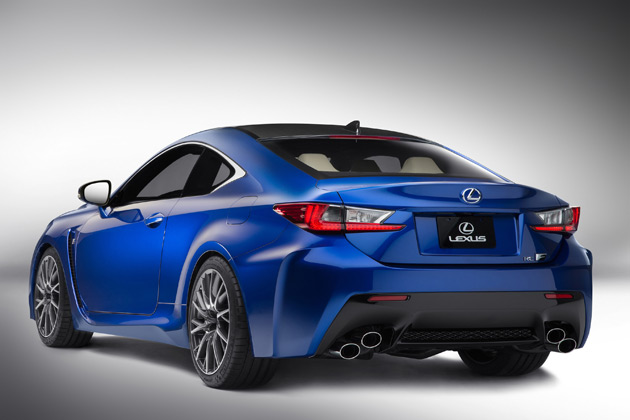 Design Exterior
The signature Lexus spindle grille, featuring a subtle F-pattern on the lower half, dominates the front of the RC F from the bottom of the hood to the lower lip. The hood is higher than that of the RC to accommodate the larger V8 engine and create the powerful flared profile suited to an F model. Ducts beneath the front bumper, fenders, and strategically-placed aerodynamic stabilizing fins create a stance which further identifies the F model.

Air outlets at the rear of the front fender form the shape of an L when they merge with side sill extensions, while stacked trapezoidal quad-outlet tailpipes at the rear add further aggression. Taking design cues from the Lexus LFA supercar, the RC F features an available speed-sensitive active rear spoiler. It enhances the coupe’s lines at standstill and deploys from the RC F’s deck at approximately 50 mph and retracts when the speed is less than 25 mph. The wing helps the RC F maintain traction and stability at higher speeds.

Three variations of 10-spoke 19-inch forged aluminum wheels are available, including two machine polished designs and one design hand polished by a craftsmen. 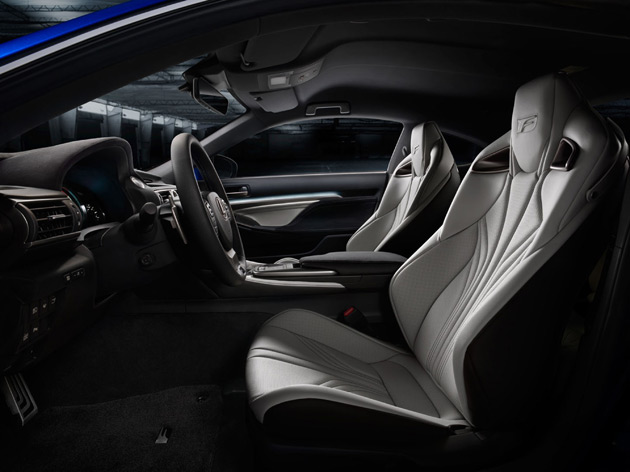 Design Interior
The striking cockpit-like interior of Lexus RC F complements the aggressive exterior. Unique components include the meters, steering wheel, seats, ornamentation and pedals. The instrument panel is dominated by a central meter which changes according to the four selectable driving modes. The information, color of the display and size of text can be changed.

Occupant comfort is all important. RC F debuts a Lexus-first elliptical cross-section thick-grip steering wheel with optimum placement of paddle gear shifts. All-new high back seats with an embossed F on the headrests offer the driver and passenger an exceptional performance fit. The seats are available in a selection of five leather trims, each with contrasting stitching.

Here are some additional photos of the 2015 Lexus RC F: 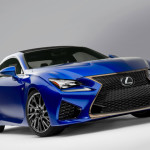 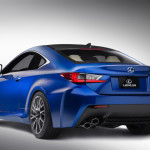 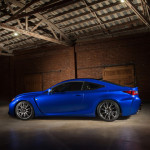 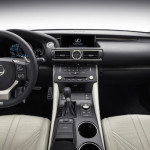 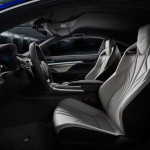 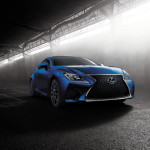 Want any of these photos in high-resolution? We’ve posted them our Facebook page.

The all-new RC F will be revealed at a press conference at the 2014 North American International Auto Show in W-152, formerly known as the Riverview Ballroom, at Cobo Center on January 14th at 8:45am EST. The Lexus press conference will also be streamed live online at www.lexus-int.com. Follow hashtag #AsphaltUp for more developments.

Specific performance details were vague at best, but we’re told that the Lexus RC F will put out more than 450HP, with more than 383lb-ft of torque, and have a 0-60 time faster than that of the IS F, along with better MPG than the IS F. More details to come as we learn more about it.

Related Topics:galleryLexusLexus RC F
Up Next