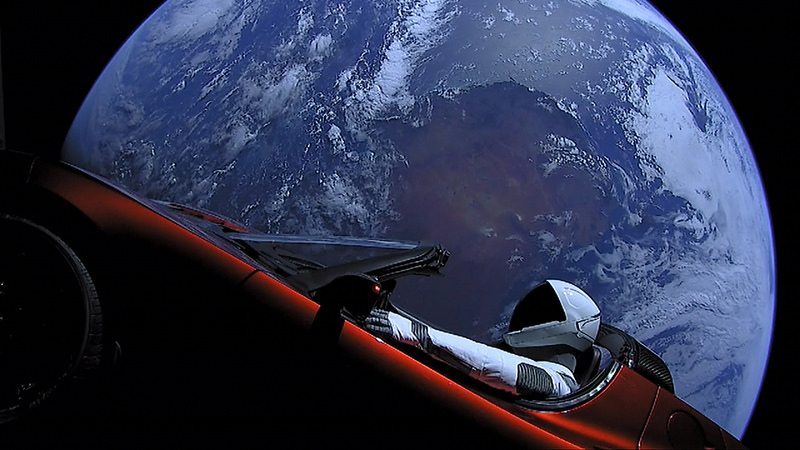 Why? The much-anticipated launch was to demonstrate that SpaceX’s beefed-up rocket can lift heavier craft into space for future missions to the moon and Mars. Most new rockets usually contain mass simulators in the form of concrete or steel blocks. But that “seemed extremely boring” to the eccentric billionaire, instead sending his original Tesla Roadster on a billion year elliptic Mars orbit.

As you can see in the photo, the infotainment screen says “DON’T PANIC”, an Easter egg to all those who’ve heard or read Douglas Adams’ The Hitchhiker’s Guide to the Galaxy. 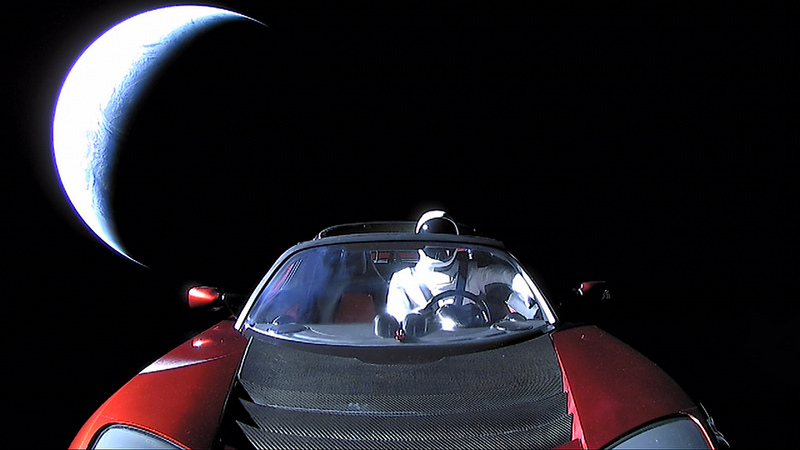 Musk believes the Roadster might be cruising in space, “for several hundred million years, maybe in excess of a billion,” but some experts believe radiation has the potential to disintegrate the Tesla Roadster within a year or two.. you know, assuming it doesn’t collide with an asteroid before then.

Either way, Musk comes out on top, as this little PR stunt of his has garnered SpaceX’s Falcon Heavy launch enormous amounts of coverage, as well as getting young people excited about space travel.

You can watch live stream of Starman’s journey to Mars here: