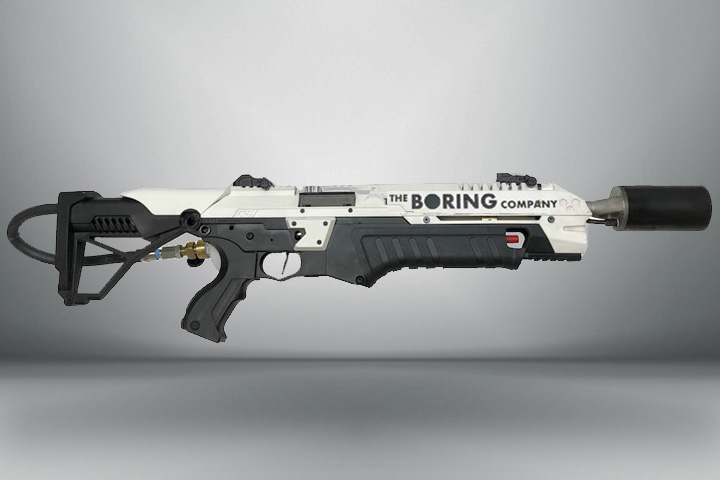 A few years ago, Elon Musk introduced the world to the Hyperloop, a Jetsons-like pod that can shuttle people across densely populated regions at speeds of more than 750 MPH using a large network of tunnels. And he created The Boring Company to dig said tunnels.

Guess what people? They hit that sales goal on Christmas Eve, at which point Elon tweeted “Hats sold out, flamethrowers soon!” Turns out, he wasn’t kidding either, with his Boring Company Flamethrower going live on their website over the weekend, at a price of $500.

Crazy, right? Even crazier is the fact that they’ve already pre-sold 10,000 Boring Co.-branded flamethrowers, pulling in $5 million. They also pre-sold 3,000 branded fire extinguishers for $30/each, adding another $9,000 to that total. The flamethrowers are expected to ship in April. (Hopefully not April 1st)

If you’re on the fence about the Boring Company Flamethrower, maybe these videos will sway your decision:

Don’t do this. Also, I want to be clear that a flamethrower is a super terrible idea. Definitely don’t buy one. Unless you like fun.

I never know who rappers are talking about when they refer to their haters, but I still have a message for them.

This $6,000 Toilet Warms Your Seat, Plays Music, And Flushes On Command