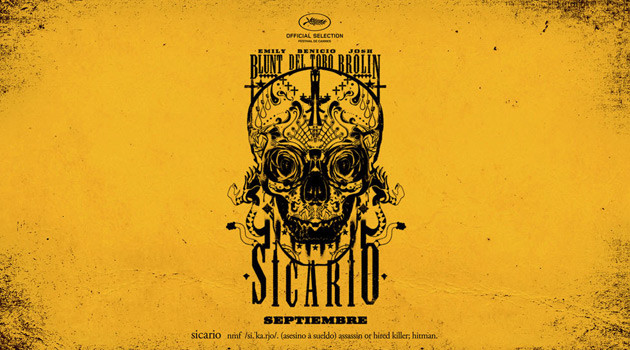 Last year, Emily Blunt proved herself to be quite the action heroine in Edge of Tomorrow and seems to have decided to ride off of that goodwill with Sicario. The film will center on Blunt’s FBI agent attempting to aid in the Mexican drug war despite a web of shifting alliances around her, seemingly at the hands of characters portrayed by Josh Brolin and Benicio Del Toro.

Sicario, the title of which is a Latin American term for “hitman”, stars Blunt as Kate Macer, an FBI agent who is recruited by an elite U.S. task force to cross the boarder into Mexico and help with the ongoing drug war. However, it doesn’t take long for Kate to realize that she’s now caught in a situation even more dangerous than what she was expecting – and that to make it out alive, she may have to cross some lines that she never thought she would.

This trailer throws us right into that struggle, with intense sequences of siege and assault filling the screen:

I love the look of this trailer. Director Denis Villeneuve, who gave us the brilliantly tense Prisoners a couple years ago seems to be continuing his hot streak here. He captures all the action with absolutely beautiful camera work that doesn’t flinch from the visceral action, and there’ll surely be a winding, twisted crime saga to go along with it.

Be sure to check out Sicario when it hits theaters on September 18th!

Check Out The Official Trailer For ‘Z For Zachariah’