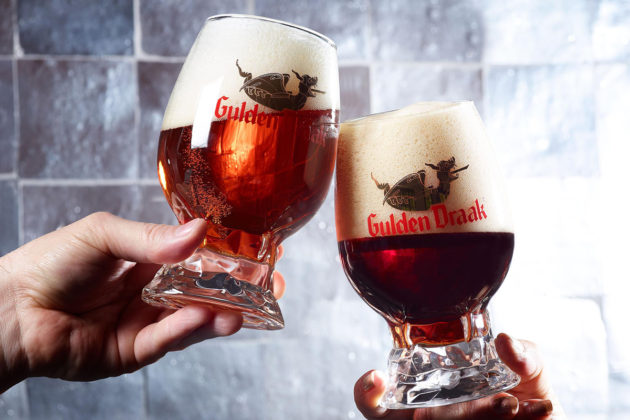 There are beers.. and then there’s Gulden Draak, a dark brown triple ale that’s been brewed since the 1700s and is steeped in legacy and tradition. My first experience with this heavenly brew was years ago at a Belgian restaurant in Philadelphia called Monk’s Café, and it really blew me away.

For those of you unfamiliar with Gulden Draak, allow me to give you a brief history lesson. The beer first saw the day of light as a one-off brew commissioned to the brewery by the mayor of Evergem. But it was added to the brewery’s regular range due to its popularity with Italian guests of the brewery.

In 1998, Gulden Draak was awarded the best-tasting beer in the world by the American Tasting Institute (now ChefsBest), and today it’s considered one of the most well-known Belgian beers. Thanks to it’s 10.5% ABV (nearly 3X as potent as a regular beer), it’s also regarded as one of the most dangerous. Needless to say, it packs quite a punch, so be careful with this one. 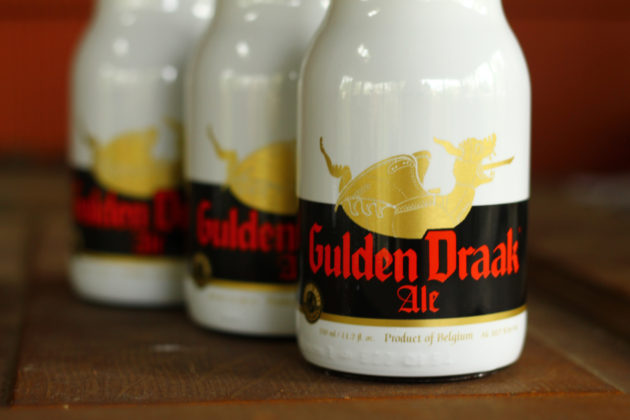 As for the name, Gulden Draak (Golden Dragon) refers to the gilded statue that sits atop the Belfry in Ghent. Legend says the gilded dragon first featured on the prow of the ship with which the Norwegian king Sigrid Magnusson left on a crusade in 1111. He offered the statue to the emperor of Constantinople to put it on the cupola of the Aya Sophia. Some hundred years later, the Flemish count Baldwin IX had it transported to Bruges in Belgium. After Ghent defeated Bruges on the field of Beverhout in 1382, the inhabitants of Ghent took the dragon as war booty and placed it on top of their Belfry, where it’s lasted for over 6 centuries and has served as the symbol of freedom and might of the city.

Like the other special beers of the Brewery Van Steenberge, Gulden Draak and Gulden Draak 9000 are top fermented ales which are second fermented in both the bottle and the keg! For the secondary fermentation, the brewer uses a Bordeaux yeast, because a mere beer yeast cannot support the high levels of malt used in the brew. The wine yeast gives this ale an amazing, easy drinking finish for a beer of 10.5% ABV.

While I haven’t enjoyed a Gulden Draak in years, just the sight of that unique white bottle, the black banner, the golden dragon and the red lettering instantly brought me back to that fateful night at Monk’s, and I found my mouth watering in anticipation of that first sip. 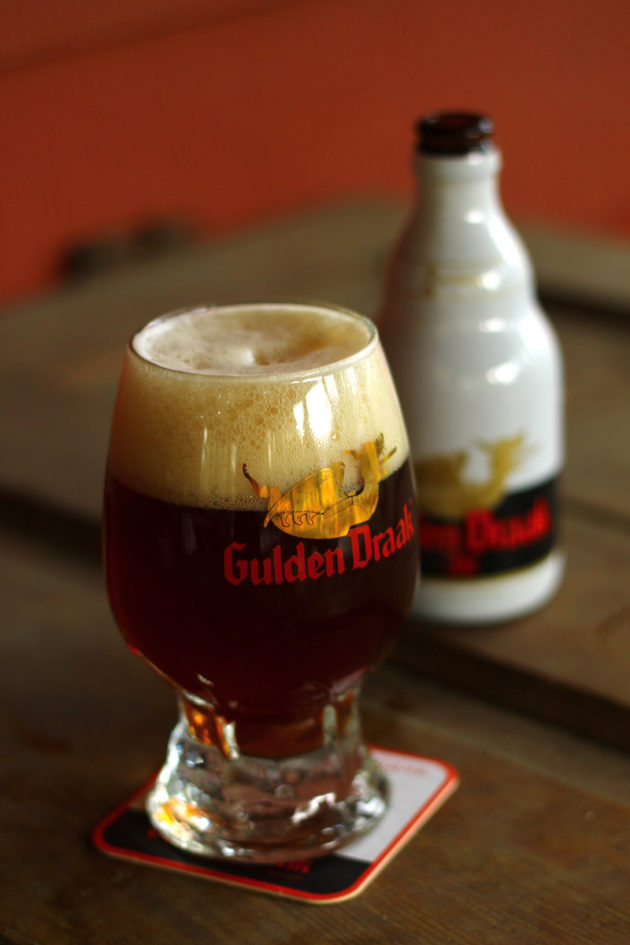 Pouring the Gulden Draak into the specially designed glass (which represents a dragon’s egg perched on a rock), I was greeted by a beautiful dark copper color that lets me know I was in for something special, as most Belgian tripels are of a lighter golden color.

As for the taste, it was surprisingly rich and smooth, with hints of caramel, toffee, roasted malt and coffee in combination with a creamy hazel head. The alcohol starts giving you a glow from the moment you swallow that first taste, so this is one beer you’ll want to sip and enjoy slowly. Its sweet flavor makes it easy to forget that its high alcohol content, so be forewarned.

If this sounds like your kind of beer, pick up some Gulden Draak and get ready to #ConquerTheDragon. And if you’d like to be entered into a drawing to win some Gulden Draak swag, make sure you share your photos on Facebook, Twitter or Instagram using the #GuldenDraak hashtag and tagging @GuysGab.

Disclosure: This post brought to you by Gulden Draak, but all opinions are 100% mine.