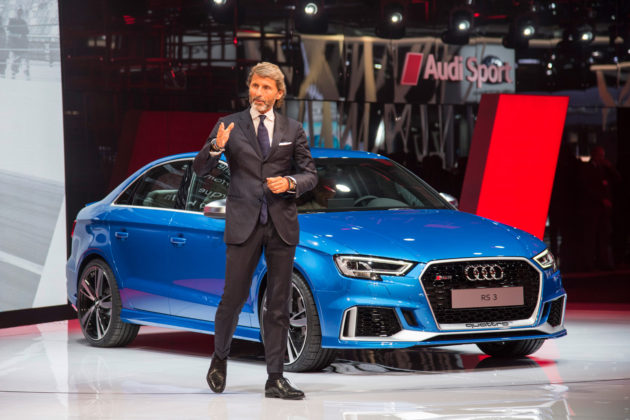 Last week, the Audi RS3 Sedan made it’s debut at the Paris Motor Show, and for me it was love at first sight. The all-new RS3 sports a decidedly evil look, and it backs it up with plenty of grunt from it’s 2.5-liter TFSI engine, putting out an impressive 400HP and 354 lb-ft of torque!

The Audi RS3 will rocket from 0-60 time in four seconds flat, on it’s way to a top speed of 174 MPH. Power is routed to the ground through a lightning quick seven-speed dual clutch transmission that’s mated to Audi’s signature Quattro all-wheel drive system. 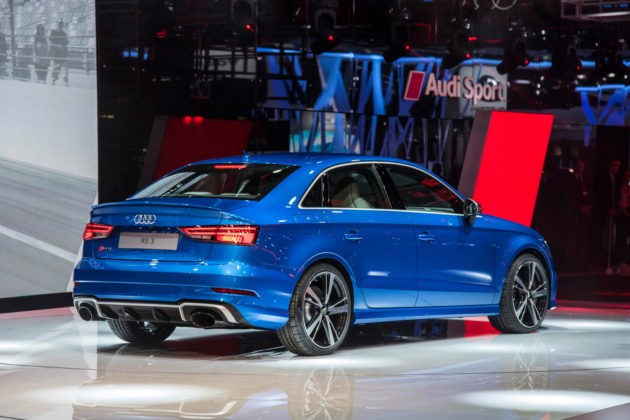 It’s essentially a more practical version of the new 2017 Audi TT RS, with a back seat and room for luggage.

As with all RS vehicles, the RS3 gets a distinctive makeover, with a wider track (20 millimeters wider than the A3), a Singleframe honeycomb grill with Quattro lettering, flared arches, LED headlights, and a fixed spoiler lip, distinctive diffusor, and large oval tailpipes in the rear. Its interior, too, is dominated by a motorsport feel, complete with Audi’s Virtual Cockpit gauge display that puts the tachometer in the center. 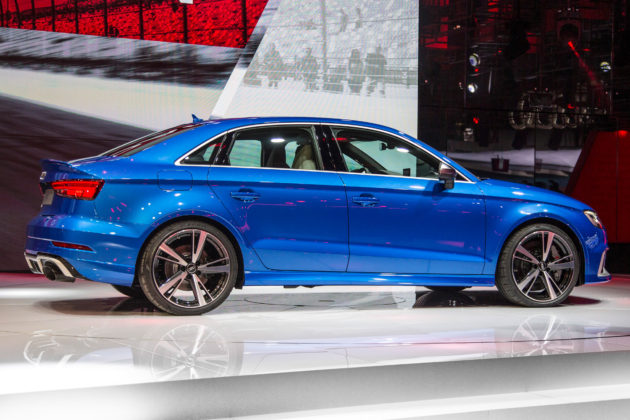 As for the question of whether or not the RS3 will be offered in the US, when reached for comment Audi gave the usual “No comment”. But their own press release says that the RS3 will be launched in the US in Summer 2017, so we’re cautiously optimistic.

With the price of a loaded Audi S3 coming in at around $50K, we would expect a base RS3 to start at around $55K or so. And if that’s the case, the BMW M2 and Mercedes-AMG CLA45 should be really concerned!

I Went For A Ride In Ford’s Self-Driving Car