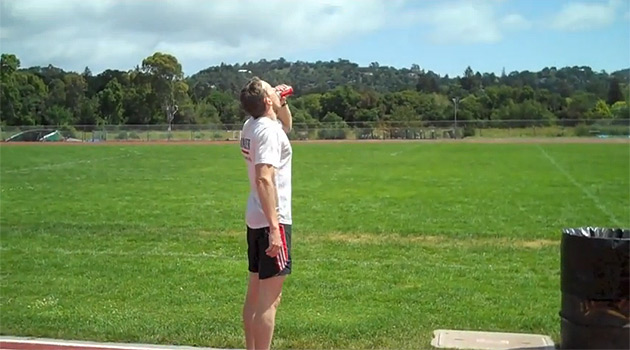 Remember the name James Nielsen. His world record has not only gone down in history, but it is one of the greatest moments in human evolution thus far. When Roger Banister first broke the four minute mile, it was believed to be the height of human physical evolution. That has long been disproven, but until now, one thing has always eluded the athlete aiming for perfection.

A beer mile run requires that the athlete drink four beers while running a full mile. So far, beating five minutes has been beyond human capability. So far.

On Sunday, April 27, 2014, California Runners CEO James Nielsen, with the support of his wife and kids, set the new beer mile world record at 4 minutes, 57 seconds. Watch history being made.

Julep Recipes Throughout The Last Century

Why All The Drama Surrounding Palcohol?