When Howard Stern announced that he was judging America’s Got Talent this season, I had to tune in. I wasn’t sure what to expect, but I ended up really enjoying the show, watching it each week throughout the summer!

Unfortunately, I never could get tickets to the live shows.. So when I heard that they were doing a show at The Palazzo Theatre in Las Vegas, I had to go see them.

Each performer did two sets, and the pace of the show was great. The show It’s one thing to watch these guys on TV, but seeing them live in person is a completely different experience.

Lightwire Theater kicked things off, and they blew me away. It’s hard to explain, but their visuals are SO much cooler in person! William Close’s Earth Harp is a pretty amazing sight, so much grander than what you’d expect. And watching the Olate Dogs perform was really great, it’s no wonder they won AGT!

Since I didn’t watch previous seasons of AGT, I had no idea what Recycled Percussion was. But let me tell you, they were pretty phenominal! Amazing performers that are super talented and seem to be having a blast on stage. One of the highlights of the show, for sure.

Below are some pictures from the show, courtesy of Denise Truscello/WireImage: 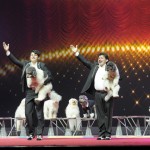 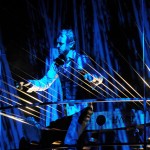 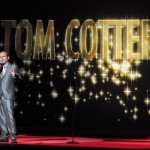 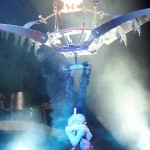 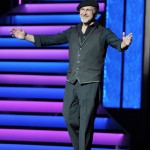 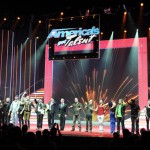 The show is nearing the end of it’s eight-week run, with the show closing on November 17th. So if you’re interested in seeing the show, don’t delay!

Tickets for America’s Got Talent Live In Las Vegas can be purchased at any Venetian|Palazzo Box Office, online at Venetian.com and Palazzo.com, or by phone at 702-414-9000.