When we reviewed the Cushi for iPhone 4 last summer, I was hooked! So when I found out that id America had come out with a similar foam pad for the iPad 2, I ordered one ASAP. 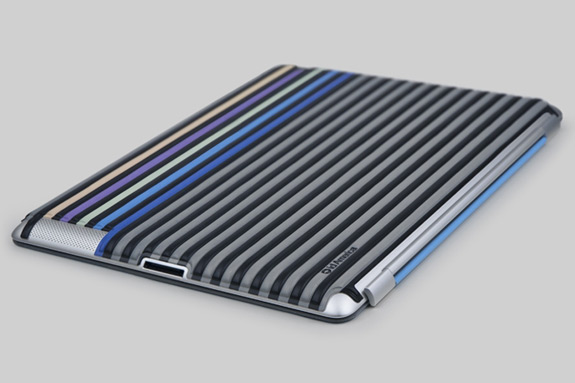 The id America Cushi Stripe is an adhesive soft foam pad made with durable EVA foam to not only counter scratches, but to absorb shock for your iPad 2 while adding soft and delicate texture. Cushion-like EVA foam also aids in improved grip dynamics to your iPad reducing the chance of accidental drops.

The first thing I noticed about my iPad was how slippery it was. I was concerned that my new $500 toy would accidently slip out of my hands, and that would be the end of it. So a case to protect it was my first priority. There are cases out there that offer a lot of protection, but they ruin the aesthetics of the tablet at the same time. Not so with the Cushi Stripe!

An added bonus is that it’s compatible with Apple’s Smart Cover. I know there are a lot of folks out there who don’t like the Smart Cover, but that’s mainly because it doesn’t offer any protection for the back of the iPad. To me, the combination of the Cushi and the Smart Cover offer the best of both worlds. 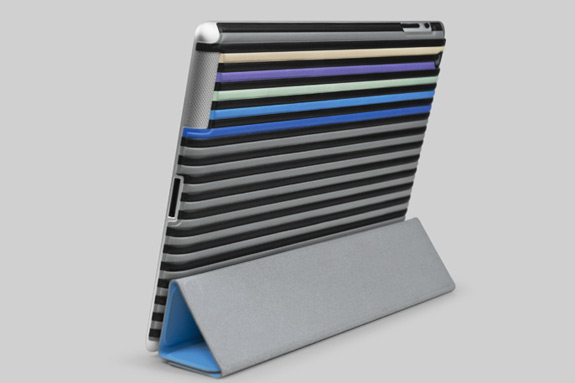