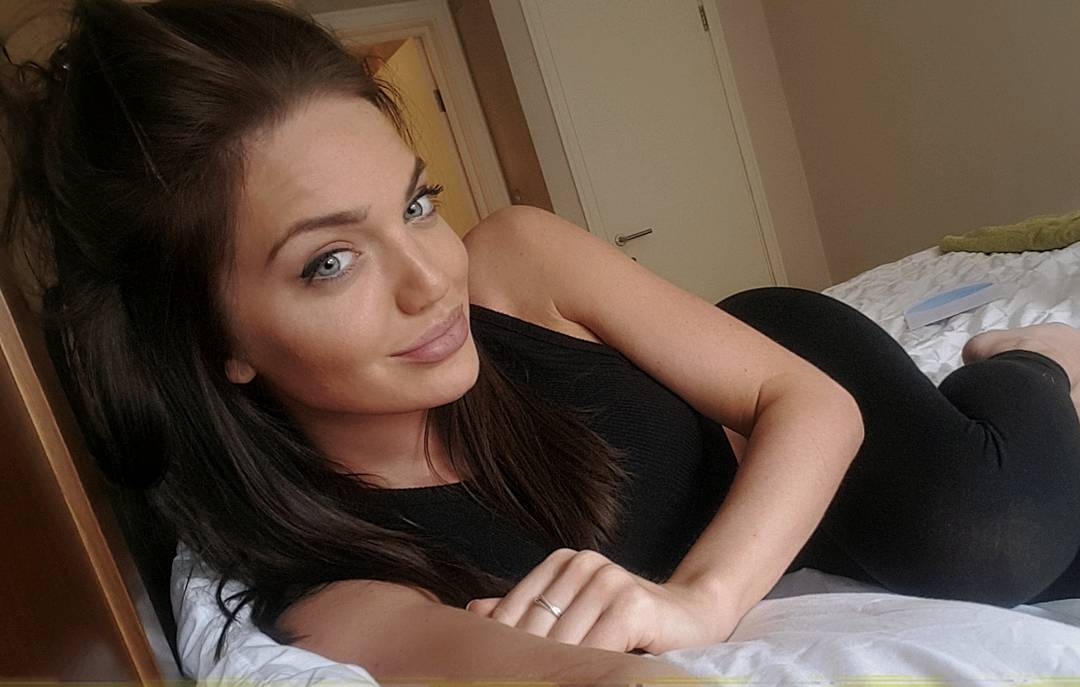 Despite being drop-dead gorgeous, Marr turned down the chance of a glamorous life of modeling in favor of working at an oil and gas recruitment company?! Thankfully, that hasn’t stopped this sexy lass from posting sexy selfies on Instagram, much to the delight of her 117K followers.

Friends describe her as shy, and she said in a recent Facebook post that she is just a ‘normal girl’ who happens to look like the A-list beauty:

“I am extremely flattered to be compared to the amazing Angelina Jolie! Thank you to those of you who took the time to comment on these articles/Instagram/blogs etc some of the comments are so lovely and it is very admirable and quite refreshing actually to see girls (and guys) saying kind things even though they don’t know me, so thank you so much!! Those that felt the need to say nasty things, I guess it is to be expected as it’s the world we live in now unfortunately.”

“I don’t really see the resemblance myself to be honest,” she added. “I just see the imperfections in the mirror like most girls do, nor did I post these pictures so I didn’t expect all of this to happen so out of the blue too.”

Marr also admitted that she has had plastic surgery and other cosmetic work done, but not to look more like Angelina Jolie or anyone else:

“I have had lip fillers yes, not to look like anyone else but just because I wanted them a bit fuller just like all the other women that have also had theirs done,” she wrote. “I had an operation on my nose a few years ago too. However, this wasn’t a cosmetic procedure; this was because as a child, I broke my nose (quite badly) and therefore had complications with it and still do unfortunately.”

“Lastly, I did have a breast augmentation, yes, but again this wasn’t to try and resemble anyone, this was purely because I had absolutely nothing there before and it was something I was insecure about for years,” she continued. “I couldn’t even fill an A cup—even the surgeon said they were the smallest he had seen. I increased them to a B/C cup, and was just looking for enough to fill a bra and to look and feel more feminine in t-shirts and bikinis.”

Here are some sexy photos from Chelsea Marr’s Instagram page:

(Well, it looks like Chelsea took her Instagram page private, so none of our photos work anymore. You’ll just have to use Google Images to see what we were talking about)

What do you guys think of Angelina Jolie’s doppelganger Chelsea Marr?