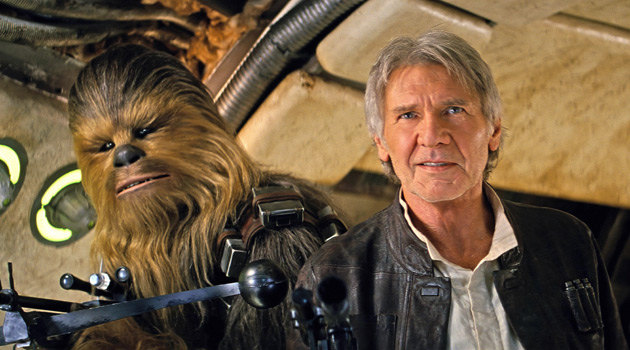 A few months ago, director J.J. Abrams got us Star Wars fans all worked up after releasing a brief 88-second teaser for Star Wars: The Force Awakens. Well get ready, because he’s just dropped a new teaser for the upcoming movie, and it might just break the Internet!

The latest trailer for Star Wars: The Force Awakens was unveiled by J.J. Abrams today after his Star Wars Celebration panel in Anaheim, and this one ventures into a war-torn galaxy, complete with the corpse of a massive Star Destroyer. We’re introduced to two of the three new cast members, get an exciting voiceover from Luke Skywalker, and see our old friends Han Solo and Chewbacca.