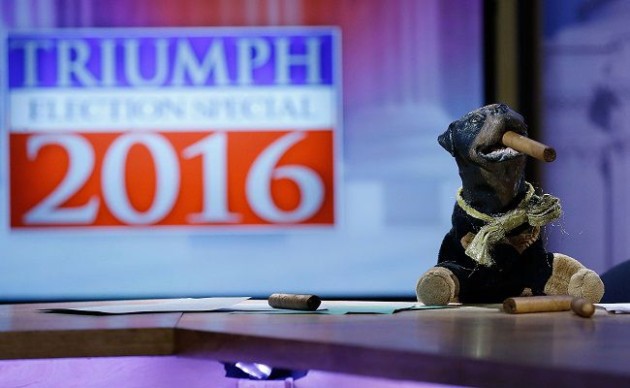 As you’d expect, it’s some of the best presidential campaign coverage yet. The special follows Triumph as he makes multiple attempts to talk to Ted Cruz, hangs out with the Dell Dude, plants fake Fox News reporters at Republican events, gives Mike Huckabee a crash course in roasting, and makes a bunch of college students in New Hampshire super uncomfortable with his wild, rebellious, anti-PC way of looking at the world.

The special is all kinds of amazing, and you can watch it right now on Hulu.