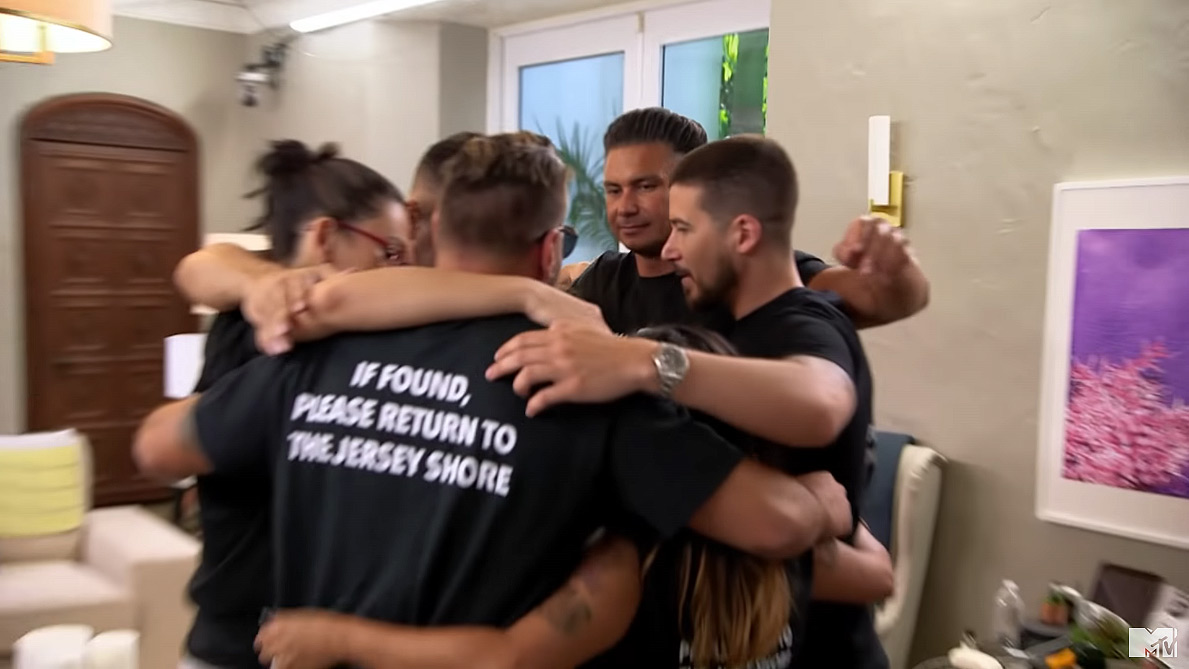 Start pumping your fist people, because MTV has released the trailer for Jersey Shore: Family Vacation Season 2, and this time the guidos are packing their bags and heading to Las Vegas!

Crazy, right? It seems like they just left Miami, but I guess you can’t blame the producers, who wanted to hurry up and film another season before The Situation got sentenced to prison.

Nicole “Snooki” Polizzi, Jenni “JWoww” Farley, Mike “The Situation” Sorrentino, DJ Pauly D, Vinny Guadagnino, Deena Cortese, and Ronnie Ortiz-Magro are all back for another season (and another paycheck), and it looks like Angelina might even make another appearance.

This time around, the crew gets their partying on in Sin City, before heading back to where it all began: the Jersey shore. It should be another fun season full of drunken meatballs falling, Sitch binge eating, Pauly and Vinnie’s bromance, and Ronnie making bad decisions.

Mark your calendars for Jerzday, August 23rd at 8/7c on MTV for the premiere you can’t miss!

Do You Think A&E’s Live PD Is Real Or Fake?

Seriously, A Reboot Of ‘The Office’ Sounds Like A Terrible Idea