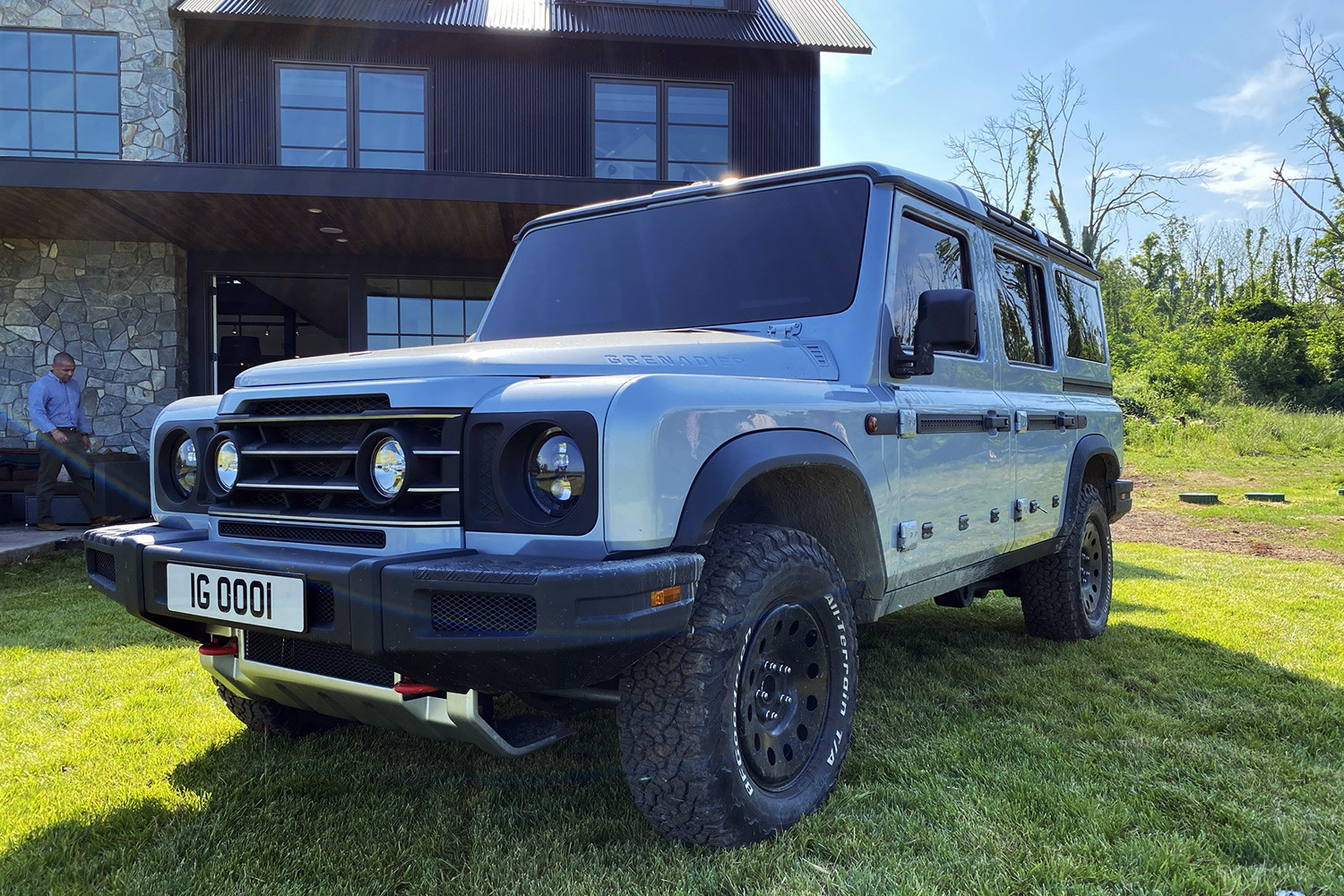 Last week, I flew down to Virginia to check out the INEOS Grenadier, one of the coolest truck you’ve never heard of. And I was in the same boat, as I had no idea who INEOS was or what the Grenadier was all about. So I was looking forward to learning more about it, even if it was an early pre-production prototype that I couldn’t drive just yet.

First off, who the heck is INEOS, and what prompted them to build something like this? As it turns out, INEOS is a British multinational chemicals company that has their hands in quite a number of different businesses throughout the world, including consumer brands and sports. And now they’re getting into the automotive space with the Grenadier.

The INEOS Grenadier is the brainchild of INEOS Chairman, Jim Ratcliffe, who was a fan of the original Land Rover Defender. When JLR ceased production, Ratcliffe decided to fill that gap in the market, investing many hundreds of millions of dollars to develop an uncompromising 4×4 off-road vehicle that stood for adventure and active driving but also had the capability to be a work and utility machine. 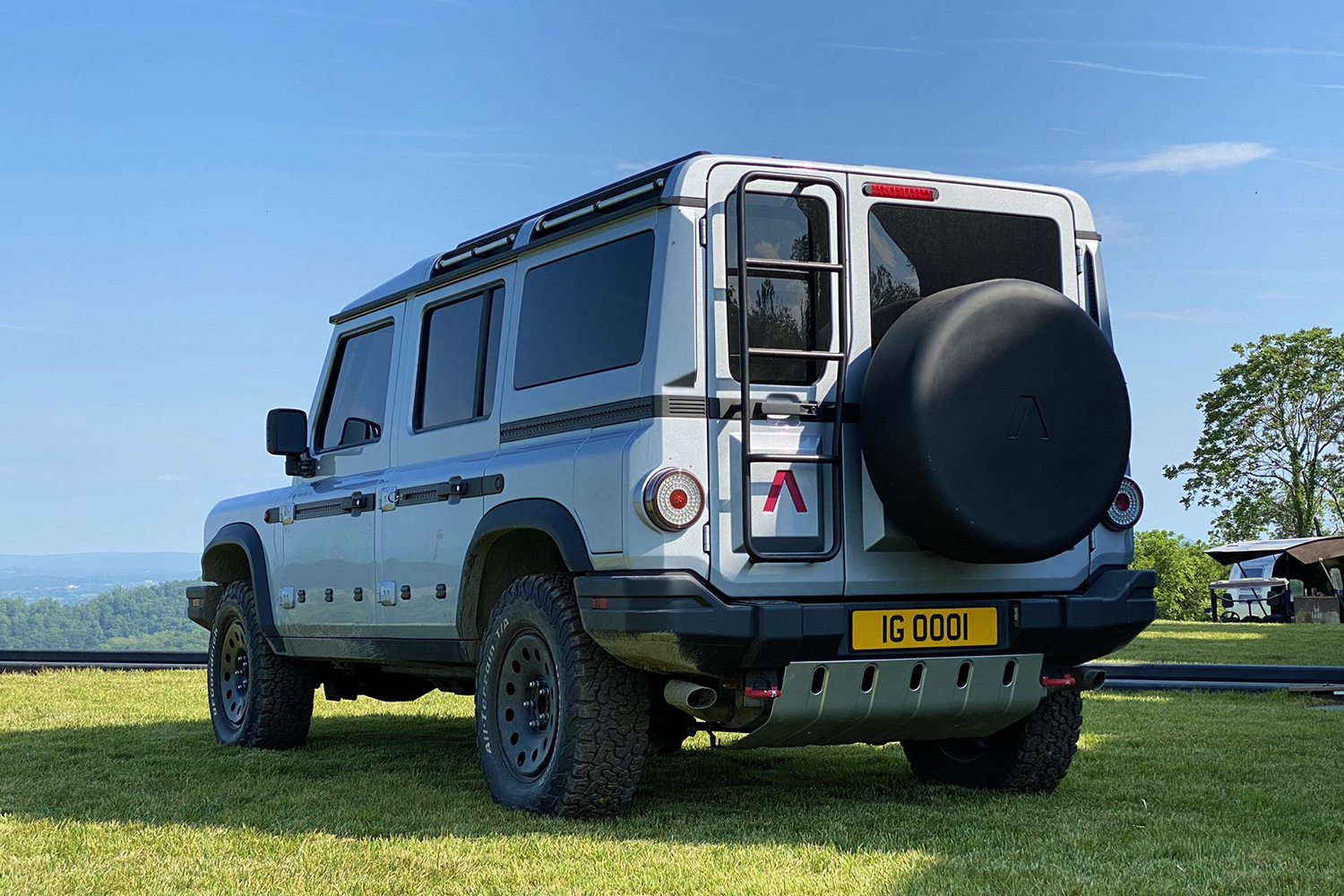 As you see here, the Grenadier gives off some serious old-school Land Rover Defender vibes, which makes sense given that it was the catalyst for this vehicle in the first place. But INEOS promises that it’s not trying to copy the old Defender, but that it will reflect its philosophy, with a focus of function over form. A boxy exterior for strength. A wheel at each corner for stability. Split rear doors for easy access.

“I am a great admirer of the old Land Rover Defender and have enormous respect for its off-road capability,” says Jim Ratcliffe, INEOS Chairman, “and our new 4×4 has been inspired by it. But whilst our off-roader might share its spirit, our new vehicle will be a major improvement on previous models.”

The speed at which INEOS has moved to bring the Grenadier to life is pretty remarkable, with INEOS Automotive found in 2017, and them quickly bringing on a team of automotive industry veterans to help bring this idea to life. Just 4 years later, and the exterior design you see here is about 95% complete. They’ve got the (BMW) engine locked down. They have over a hundred prototypes in various stages of testing around the world. And at their current pace, they expect to start deliveries of the Grenadier in the UK in 2022, and in the US a year after that. 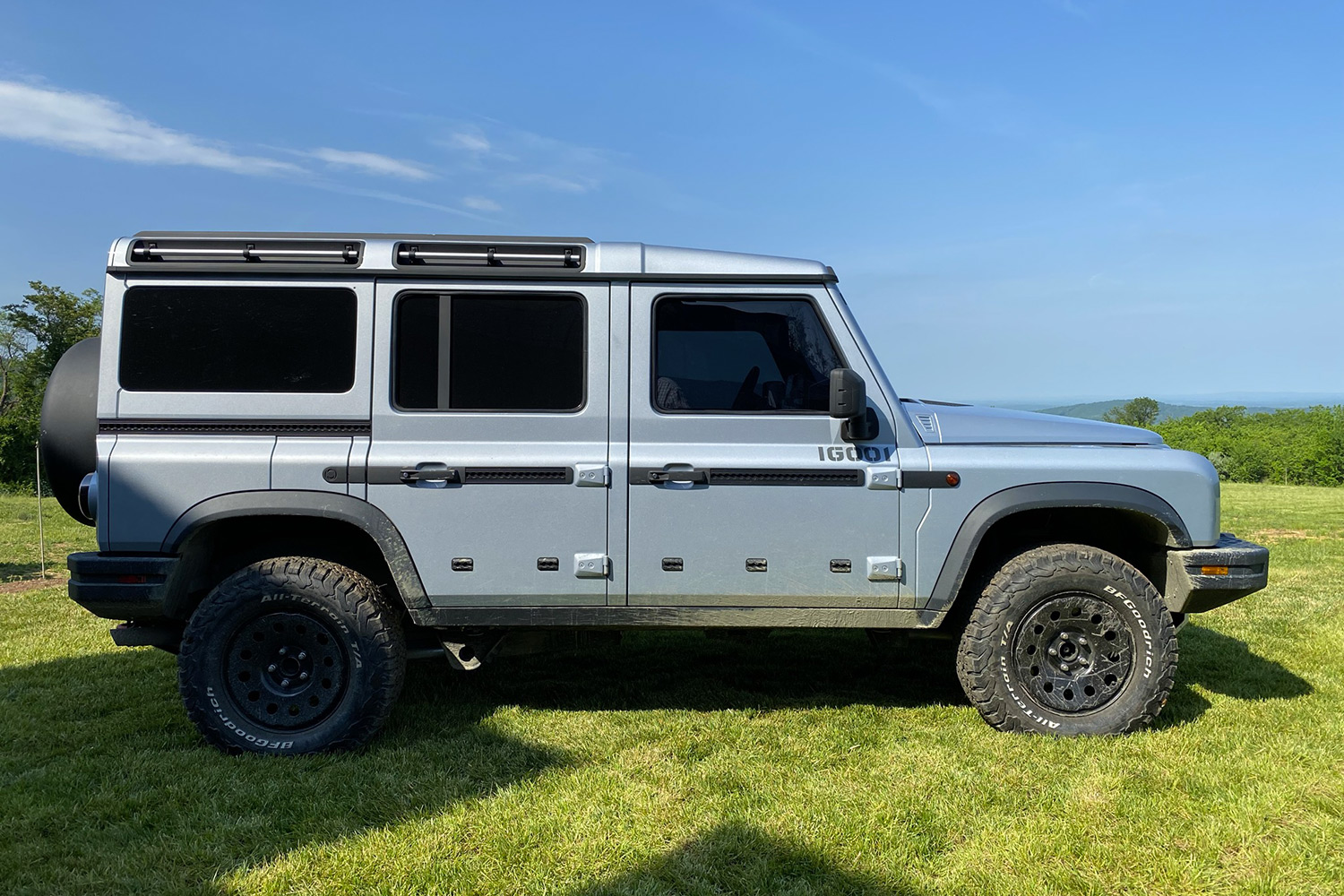 “We set out to design a modern, functional and highly capable 4×4 vehicle with utility at its core”, said Toby Ecuyer, Head of Design. “A design that is ‘easy-to-read’, with no ambiguity about the Grenadier’s role in life. There to do everything you need, and nothing you don’t. Nothing is for show. Modern engineering and production techniques ensure the Grenadier is highly capable, but we have been able to stay true to the essence of creating a utilitarian vehicle that will stand the test of time.”

Built from the ground up on an all-new platform, the INEOS Grenadier is designed to meet the needs and demands of its future owners for a rugged, capable and comfortable go-anywhere working vehicle. And they’re putting in extensive testing to make sure the Grenadier lives up to these claims, with the prototypes to be driven over one million miles, on all terrain and in all weathers, tackling notorious proving grounds used by the world’s most capable off-roaders.

Now INEOS knows that few people will drive their Grenadier exclusively off-road, or that they may need to drive a few hours to their favorite off-roading spot. So the Grenadier comes with all the technology you expect from a modern vehicle, allowing you to sit comfortably for hours on the road. That means supportive seats, sound insulation and refined engine tuning to keep noise and vibration to a minimum. The entire drivetrain ensures a smooth transition from the tarmac to the trail and back again. 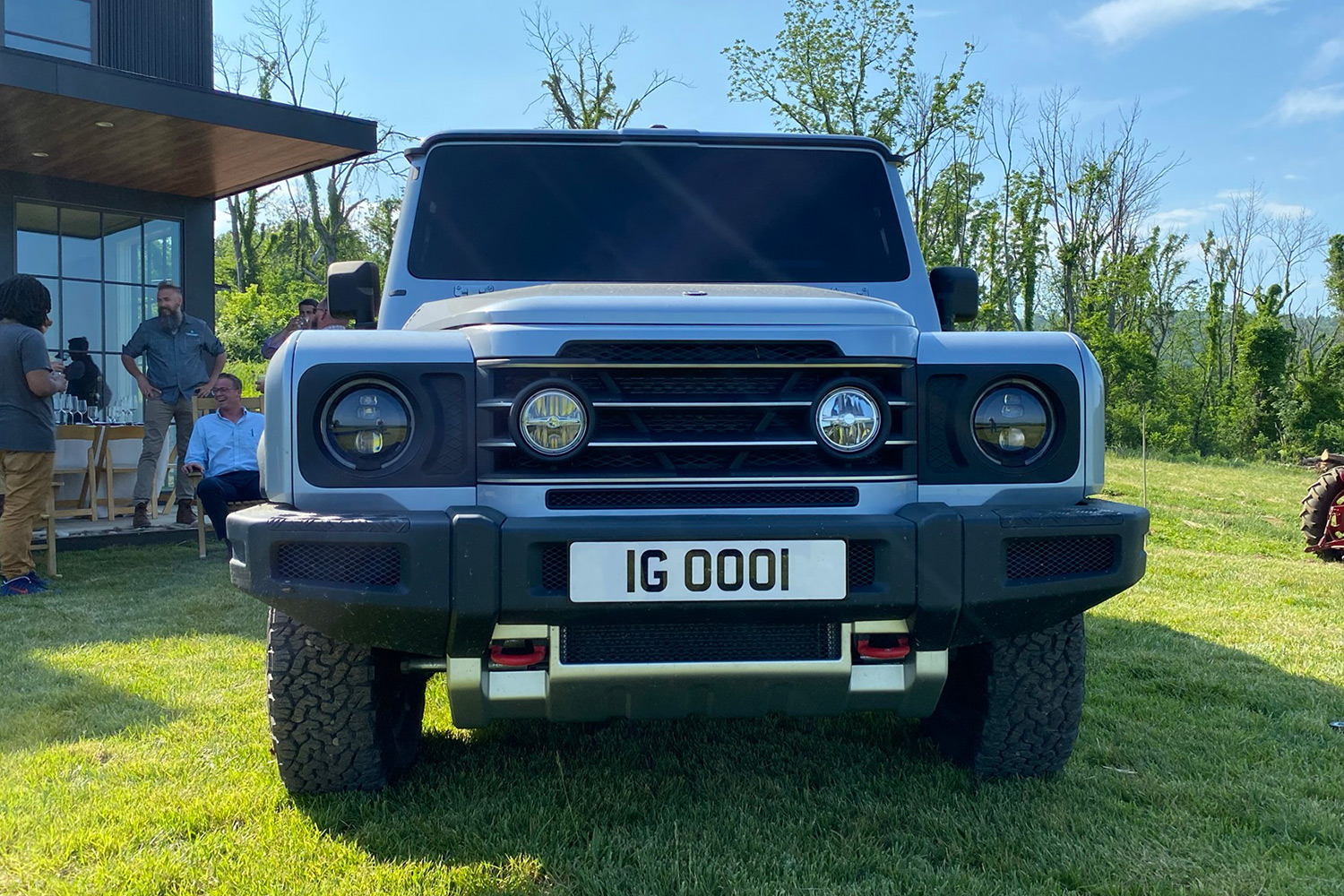 Given that the Grenadier was purpose-built from the ground up with off-road performance in mind, you know that it will be tough, durable and capable, a working tool you can rely on. With its rigid ladder frame, long-travel suspension, serious low-end torque, two-speed transfer case, differential locks, and all-terrain tires, it’s ready to overcome every obstacle in its path.

As for the engine we mentioned earlier, the Grenadier will be powered by a BMW TwinPower Turbo inline-six-cylinder engine that will provide plenty of get up and go. Exact numbers are not finalized just yet, but it’s expected to fall somewhere in the 280-300 horsepower range, with plenty of torque on tap. Overseas models will also have a diesel option. As for a hybrid or all-electric version, that’s not happening.

Last but not least, lets talk about pricing for the INEOS Grenadier. When I first saw this truck, I just assumed that it would have a hefty six-figure price tag attached to it. Surprisingly, we were told that while official pricing won’t be released until much later, they expect it to be priced competitively with high-end Jeep Wranglers and Ford Broncos, so likely in the $60,000 range. To me, that seems like a screaming good deal! 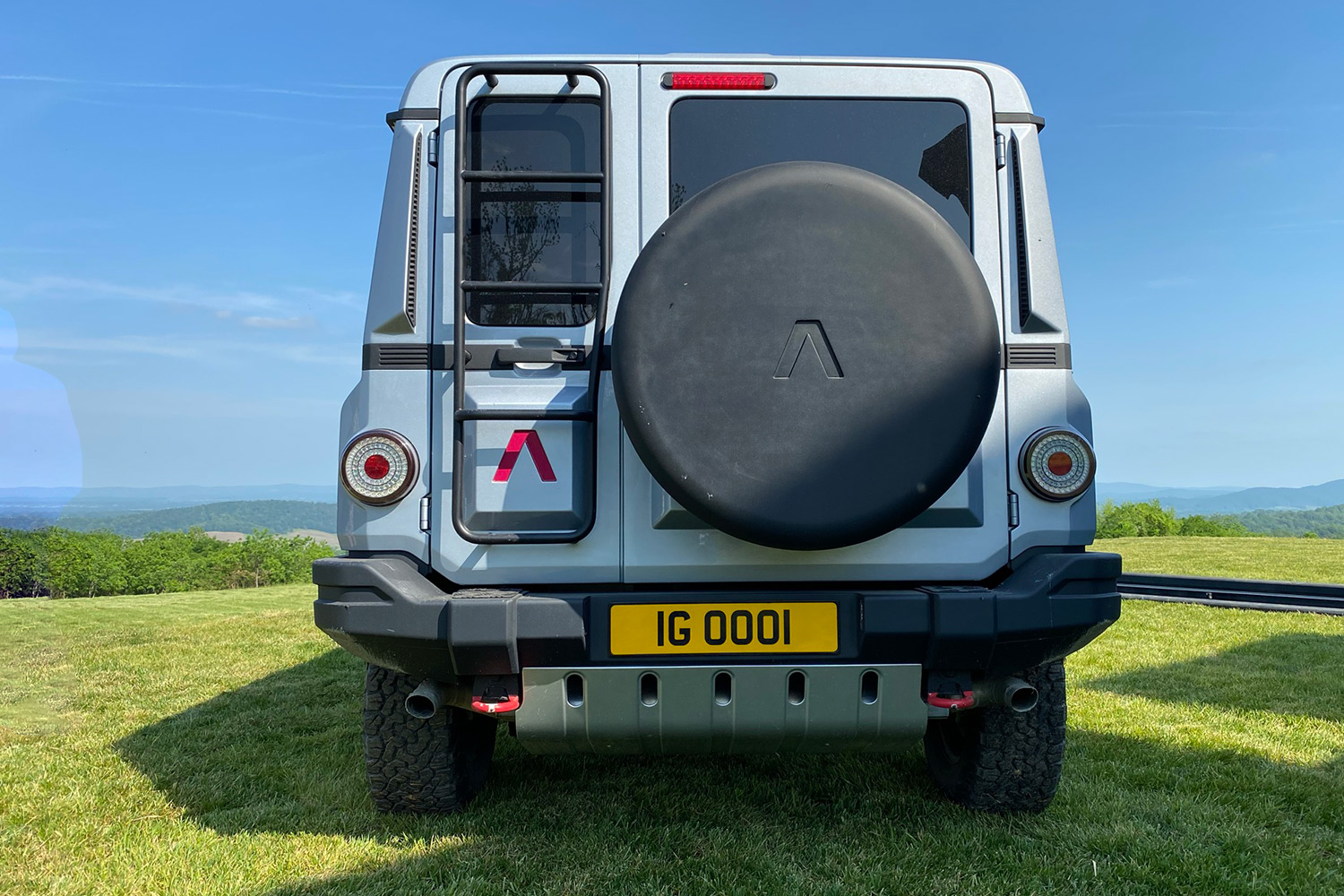 Personally, I think INEOS really knocked it out of the park with the Grenadier. It looks properly rugged among a sea of blobby SUVs, it has the off-road wherewithal to back it up, and it should appeal to both the hardcore enthusiasts and the Mercedes G-Wagon driving folks in Beverly Hills who never plan on going off-road and just want to stand out in a crowd.

We’re excited to follow the development of the INEOS Grenadier, and to eventually get behind the wheel of one and take it off-roading in its natural element. Stay tuned for that!

For more information and the latest updates on the Grenadier, visit ineosgrenadier.com. 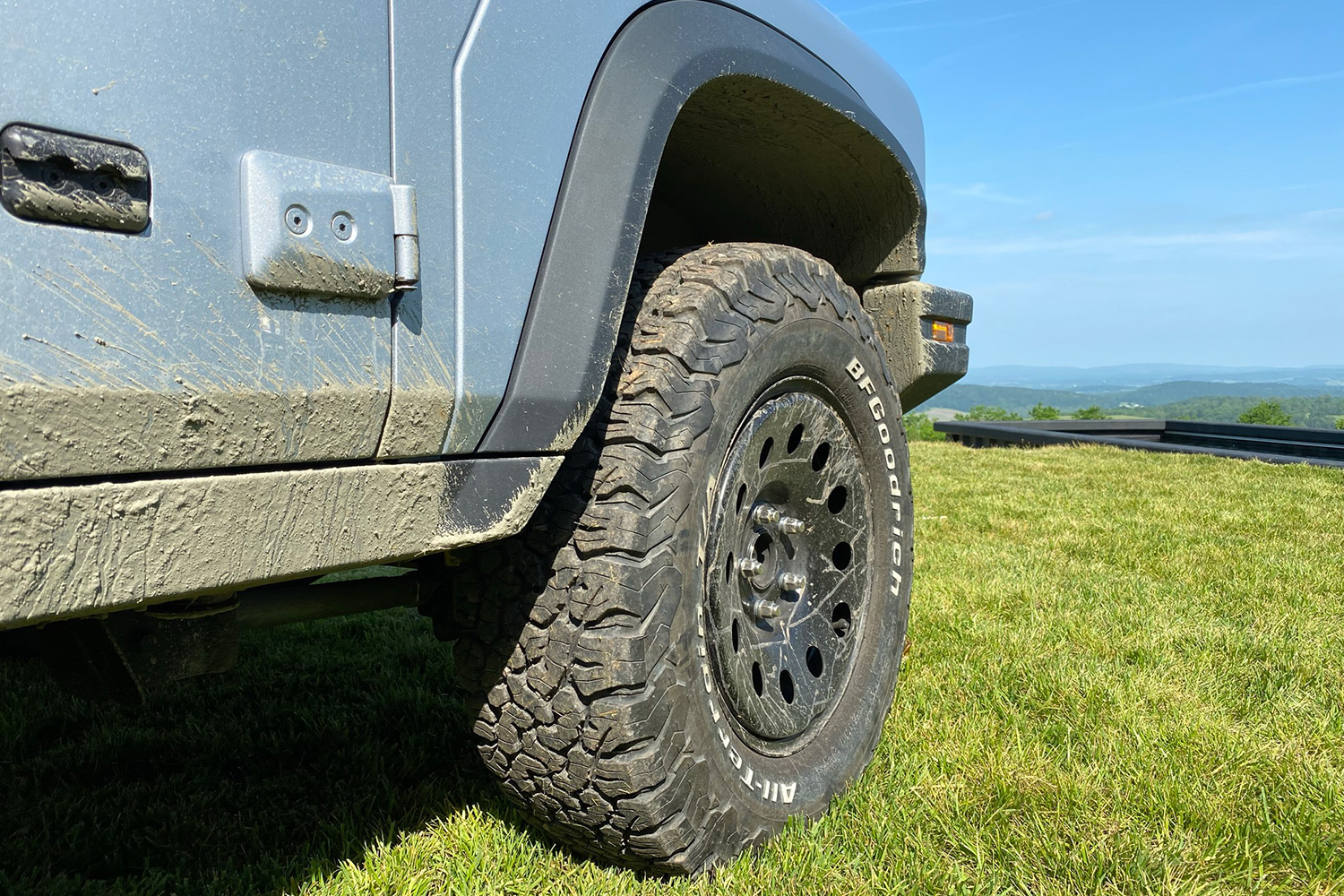