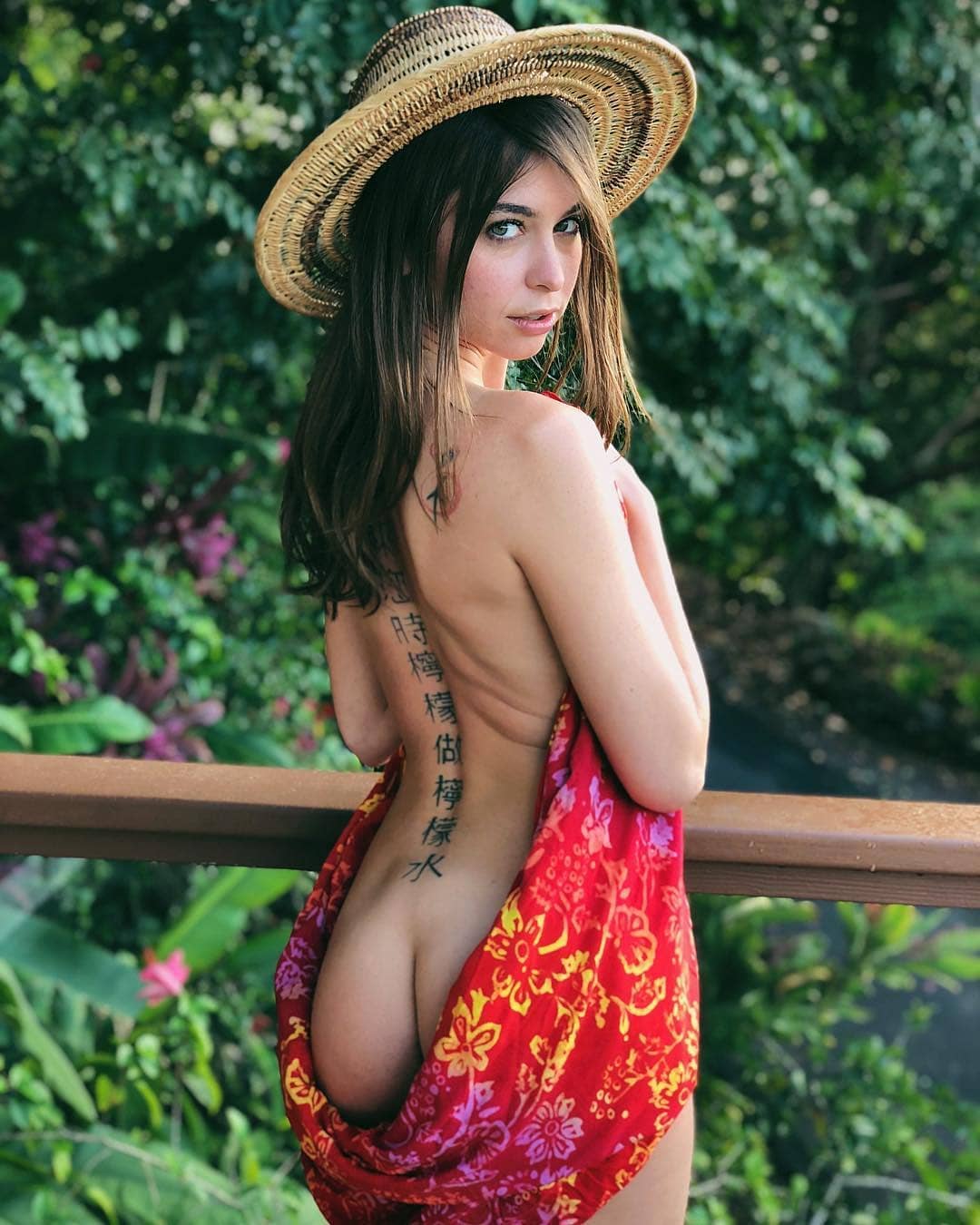 The first time I laid eyes on Riley Reid was in Vivid’s Brand New Faces 36. And even though she wasn’t my normal type, there was just something about her that I couldn’t get enough of, and I’ve been following her ever since.

This stunning looker with a tight teen body started her smut degree at the tender age of 20, and in just a few short years she has become a fixture in the adult industry. And that’s saying something, considering that she came into the business with a huge strike against her.. on her back!

Yes, I’m talking about that massive Kanji tattoo that runs the length of her spine. Her other tattoos (ying-yang heart and peace sign on her right shoulder) aren’t a big deal, but that back tattoo is pretty much impossible to hide in scenes and photo shoots.

So what does Riley Reid’s back tattoo mean?
– “When life gives you lemons, make lemonade.”

“生活帶來您時檸檬做檸檬水” is what we can see on Riley Reid’s back. But according to one of my Chinese friends, that actually translates to read “life brings you when lemons make lemonade”. DOH!

Either way, I wouldn’t kick her out of bed, bad tattoo or not. 🙂

And while you’re at it, take your viewing sessions to the next level by picking up the Riley Reid Utopia Fleshlight. Trust me, you’ll be glad you did!

A Gentleman’s Guide to Foreplay